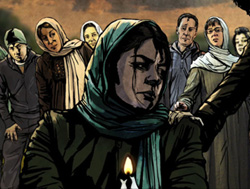 Lincoln Hall
2424 N. Lincoln
Once you've gotten all serious with the human rights, check out some alien rights with ET and get goofy with The Goonies.    Shows are all ages and FREE!
In honor of director JJ Abrams highly anticipated upcoming film, Super 8, we’ve decided to do a retrospective of sorts. Combining the supernatural vibe of “The X-Files” with the spirit of 70’s and 80’s sci-fi classics, Super 8 revisits a style of filmmaking not unfamiliar to the films producer, Steven Spielberg. To pay homage to the genre, we will screen "The Goonies" on Friday, June 3rd and "E.T." on Saturday, June 4th. For more information, please visit our listing below:
3 Penny Was Here Presents: “The Goonies” on Friday, June 3rd and “E.T.: The Extra-Terrestrial” on Saturday, June 4th. Both shows are free. Screenings starts at 7 PM. 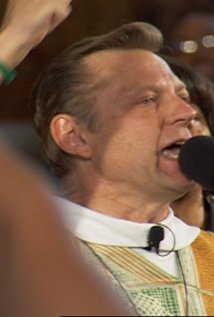 "Radical Disciple: The Story of Father Pfleger"
A mama friend of ours,edited this excellent documentary.   It keeps popping up at screenings and just aired again on WTTW, Channel 11 (in Chicago).    Check it out if you have on demand or Netflicks.
The film tells the story behind the headlines of the iconoclastic priest who has recently been banished from the parish he has led for 36 years, St. Sabina.
For more info about the film and to view the trailer go here:  http://www.imdb.com/title/tt1474834/
A & E The First 48:   Missing Persons premier!
*Sagezilla and Du-Jay's Dad, Dug (Dug Production Sound, Inc.), has been running location sound on this shoot for months, and the first episode is set to air THIS Thursday.    It's all shot in Chicago.   Check it out.
When a person goes missing, every second counts. A&E's new real life series "The First 48: Missing Persons," a spinoff from one of the most-watched nonfiction investigative series on cable, "The First 48," follows the Chicago Police Department's missing persons unit in the first 48 hours of their search for missing loved ones. 'The First 48: Missing Persons' premieres Thursday, June 2 at 10PM ET/PT on A&E.
Based in the heart of one of the country's most colorful law-enforcement cities, the Chicago Police missing persons unit gets more than 17,000 calls each year and is the one of the only major police departments in the country that responds to every missing persons call immediately. For the first time ever, the Chicago Police Department gives unrestricted access to ongoing investigations and allows cameras to follow the elite, passionate and dedicated investigators who handle all missing persons and child abduction cases.
Each hour- long episode of "The First 48: Missing Persons" follows the specialized investigation of one or two high-stakes cases, from the moment the call comes in, as detectives search for the husbands, wives, sons and daughters who have disappeared. Just like a homicide on the original series "The First 48", if they don't find the missing person in the first 48 hours, their chances of finding them alive are cut in half.
In the premiere episode, Detectives Selles Morris, Laura Skrip and Jim Corcoran team up to search for a straight A college student. They uncover surveillance footage that shows the 19 year-old sophomore walking toward the lakefront, then disappearing. Their around-the-clock search comes to a shocking conclusion and just when they think they're finished, Detectives Morris and Skrip have to pull double duty. Morris hunts down a father who vanished mysteriously, putting his own family in danger and Skrip has just minutes to save the life of a distraught missing woman who left a note threatening to end her life.
"The First 48: Missing Persons" is produced by Found Films, LLC for A&E Network. The executive producers for Found Films, LLC are Robert Schneiger, Gary Sherman and Conrad Riggs. The executive producers for A&E Network are Robert Sharenow and Laura Fleury.
Click HERE to check out the promo video, detective profiles and more.
DVD reviews and give aways:   keep an eye out in June.   We'll be reviewing/giving away new release Glenn Tilbrook (Squeeze) and the Fluffers Live in New York City.    The DVD includes 16 songs in all, including 9 Squeeze songs.
Oldie but goodie now out on DVD: 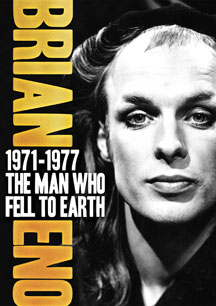 Brian Eno "1971 - 1977 : The Man Who Fell To Earth" on DVD May 17
Documentary featuring exclusive interviews, archival footage, performance and studio film and more
Brian Peter George St. John le Baptiste de la Salle Eno - Brian to his friends, Eno to the rest of us - defies categorisation. Musician, composer, record producer, music theorist, singer and visual artist covers some of what he does, but he's probably best known for his early work with Roxy Music, his production duties for U2 and Coldplay and as one of the principal innovators of ambient music. But however he's pigeon-holed, this remarkable, creative visionary remains amongst the most influential individuals to have ever worked within the music industry.
This documentary film - the first ever about Eno - explores his life, career and music between the years 1971 and 1977, the period that some view as his golden age, others as just one era in a long, extraordinary and very eclectic career.
Featuring numerous exclusive interviews, contributions from a range of musicians, writers [including his official biographer], colleagues, collaborators and friends - plus archive footage, performance and studio film and an abundance of arguably the most exceptional music ever created.
Also contains many extra features including extended interviews, digital biographies and more.
Trailer: http://www.youtube.com/watch?v=yA9JkIXgld8
DVD link: http://www.seeofsound.com/p.php?s=SIDVD564

Still creating:
Brian Eno's new album 'Small Craft On a Milk Sea' was released to rave reviews in November last year.
Eno has recently released 'Seven Sessions From a Milk Sea,' a series of films of improvised performances from the 'Small Craft...' sessions.
Posted by Bonnie Kenaz-Mara at 1:48 PM