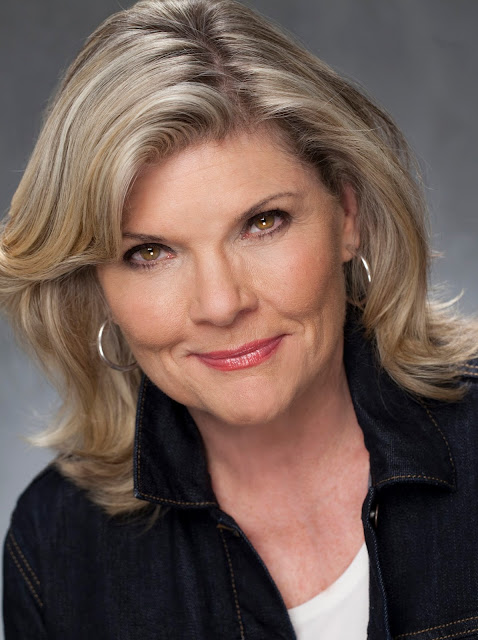 Steppenwolf Theatre Company has announced that Debra Monk will play the title role in Visiting Edna, a world premiere play by David Rabe, directed by Steppenwolf Artistic Director Anna D. Shapiro. Debra Monk’s stage accolades include a Tony Award for her performance in Redwood Curtain, an Obie award for The Time of the Cuckoo, and two Drama Desk Awards for Curtains and Oil City Symphony. An original cast member and co-author of Pump Boys and Dinettes, Monk has performed in twelve other Broadway productions, garnering three more Tony nominations, most recently for the 2012 production of Cat on a Hot Tin Roof. Outside of her work on the stage, Monk has appeared in numerous films and television shows, including Devil's Advocate, Center Stage, This Is Where I Leave You and Prelude to a Kiss, as well as Grey's Anatomy, and her current recurring roles on both Mozart in the Jungle and Mercy Street. She also holds an Emmy Award for her recurring guest role on NYPD Blue. The role of Edna was originally to be played by Rondi Reed who left the cast due to personal reasons.

Debra Monk makes her Steppenwolf debut as Edna, a cancer patient who experiences an extraordinary moment during an ordinary visit by her son Andrew, played by ensemble member Ian Barford. Ensemble members K. Todd Freeman and Sally Murphy form a supporting trio with Michael Rabe, who also makes his first appearance on the Steppenwolf stage.

Edna has suffered a number of losses as she has aged, and now faces the stealthy advance of cancer embodied by an intimate figure that she could do without. Home for a visit, Edna’s son Andrew tries to bridge the gulf between the childhood love they shared and the aggressively polite but baffling relationship they now live with. Mother and son stumble toward honesty as they wrestle with the distractions–-both mundane and profound—that keep us from real connection.

BIOS:
David Rabe (Playwright) is an American playwright, screenwriter and novelist. He completed his graduate studies in theatre after serving in the army (1965–67), and his experiences as a draftee assigned to a hospital-support unit in Vietnam provided a key influence on his early career as a playwright. Four dramas, later collected in The Vietnam Plays (1993), include his first play, The Basic Training of Pavlo Hummel (1971); Sticks and Bones (1972; film 1973), the first of David’s plays to be mounted on Broadway and which won a Tony Award for best play; Streamers; and The Orphan (1975), a contemporary reworking of Aeschylus’s Oresteia trilogy. Subsequent plays include In the Boom Boom Room (1975); Goose and Tom Tom; Hurlyburly (1985; film 1998); Those the River Keeps (1991); A Question of Mercy (1998); The Dog Problem (2002); The Black Monk (2004), based on a Chekhov short story; and An Early History of Fire (first performed 2012). And most recently, Good for Otto, produced in 2015 at The Gift Theatre. David himself wrote the film adaptations of Streamers and Hurlyburly. He also contributed screenplays for the movies I’m Dancing As Fast As I Can (1982) and Casualties of War (1989). His fiction includes A Primitive Heart (2005), a collection of his short stories and the novels Recital of the Dog (1993); Dinosaurs on the Roof (2008); and Girl by the Road at Night (2010).
Anna D. Shapiro (Director) has directed many notable productions with Steppenwolf, including most recently Mary Page Marlowe by Tracy Letts. She won the 2008 Tony, Drama Desk and Outer Critics Circle Awards for Best Director August: Osage County also by Letts. In 2011 she received a Tony Award nomination for her direction of The Motherf**ker with the Hat, which she also directed at Steppenwolf. Broadway credits include Larry David’s Fish in the Dark on Broadway, the revival of Steppenwolf’s production of This Is Our Youth and the Broadway revival of Of Mice and Men, which National Theatre Live selected as the first American production to be broadcast to over 700 cinemas across the US and Canada. Additional Steppenwolf directing credits include A Parallelogram, Up, The Unmentionables, The Pain and the Itch (also at Playwrights Horizons), Tracy Letts’s Man from Nebraska, (named by TIME Magazine as one of the Year’s Top Ten of 2003), Side Man (also in Ireland, Australia and Colorado) and Tracy Letts’s adaption of Three Sisters, among others. She is a graduate of the Yale School of Drama and Columbia College and the recipient of a 1996 Princess Grace Award, as well as the 2010 Princess Grace Statue Award. Shapiro began working with Steppenwolf in 1995 as the original director of the New Plays Lab, joined the ensemble in 2005 and became Artistic Director at the start of the 2015/16 Season.

Group Tickets: All groups of 10 or more receive a discounted rate for any performance throughout the season. www.steppenwolf.org/groups.
Audience Services: Single tickets go on sale on August 5, 2016 at 312-335-1650 and steppenwolf.org.