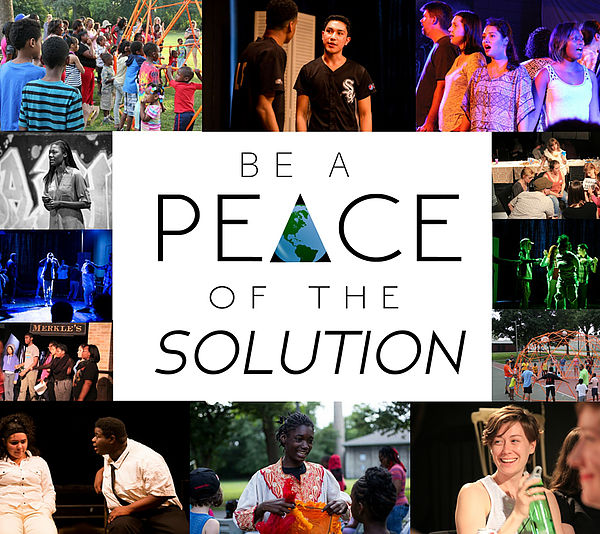 Collaboraction, Chicago's social issue-driven contemporary theatre, has been presenting a line-up of 21 new, crowd-sourced works for its first-ever PEACEBOOK Festival, a collaborative city-wide festival of theatre, dance, music, visual art and spoken word focused on cultivating peace in Chicago, presented August 12-27 as part of the Chicago Park District's Nights Out in the Park program.

Participating artists who have created new works for PEACEBOOK include GQ of the Q Brothers, Sir Taylor, Universes (directed by Cheryl Lynn Bruce), Yuri Lane the Chicago Beatbox LTD, the Step-Alive Dance Team from Englewood, and many more.

Collaboraction created PEACEBOOK as a way to engage new artists, audiences, and communities in creating and sharing art that envisions a more peaceful Chicago. Each PEACEBOOK performance is a fast-paced collection of seven diverse, world premiere pieces of theatre, dance, and spoken word, each seven minutes or less, uniting Chicago artists citywide, and creating real connections with Chicagoans in communities around the city. Prior to each show, there will be a free community meal and peace fair with panels, workshops, and community organizations from a diverse line up of Peacemakers in Chicago. Additionally, each night features a different musical guest. 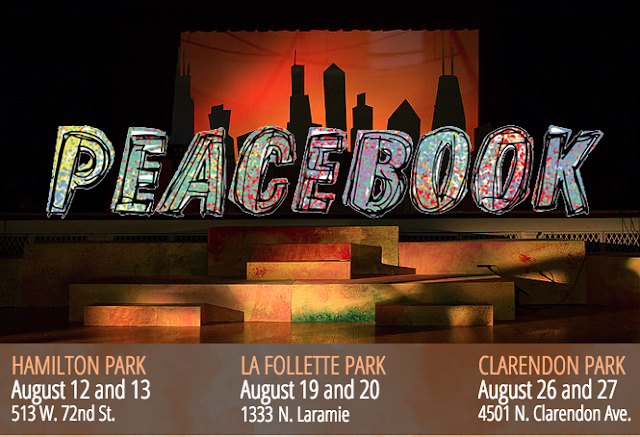 PEACEBOOK has been performed in a multidisciplinary festival atmosphere, for FREE at: 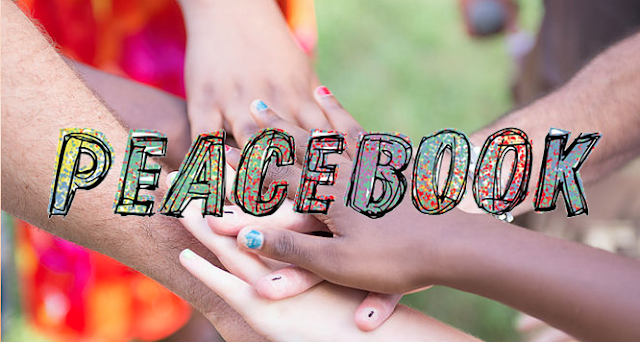 Prior to each show, the house will open with a free community meal and peace fair with panels, workshops and community organizations from a diverse line up of Peacemakers in Chicago. Each night also features a different musical guest.  To reserve FREE tickets, email boxoffice@collaboraction.org. For more information, visit collaboraction.org.

"From our 15 years of producing SKETCHBOOK, we know the power of an arts festival to build community, create artistic collaborations and launch careers, so we are delighted to bring our proven SKETCHBOOK format to the Chicago Peace Movement," said Collaboraction Artistic Director Anthony Moseley.

"We are delighted to announce these 21 new works of art that individually and collectively explore the meaning and root cause of peace. We are creating new collaborations in which established Chicago theatre artists are working with talented emerging artists from the neighborhoods of our park district locations. This is bringing together a new community and sending a new message to Chicago. And the shows are going to be full of energy, much like SKETCHBOOK, with live music and dance pieces and free food."

Moseley's call to action?
"We encourage all Chicagoans who want to be a part of the Peace Movement to join us as an artist, audience or volunteer. We must all come together and address the biggest issues of our times, the epidemic of violence and inequality that is the result of 200 years of segregation. Theatre can unite us and activate us." 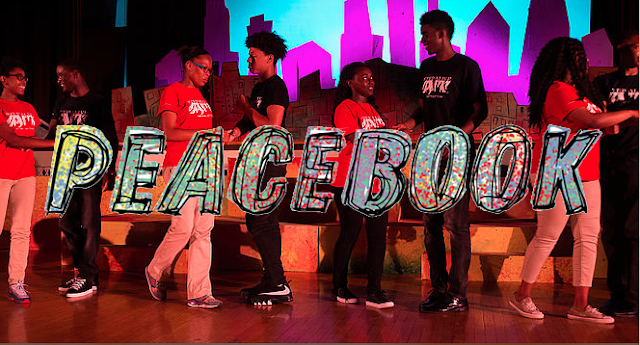 More about the upcoming plays:

Beatbox Symphony by Chicago Beatbox LTD, directed by Yuri Lane
This piece will feature amazing beatboxers from around the Chicago area, including an interactive beatbox symphony conducted by Yuri Lane, also known as the Human Beatbox.

Co-ex-ist devised by Danielle Littman and Diana Raiselis
Littman and Raiselis are interviewing Uptown residents, business owners and workers with a central question: What does it mean for Uptown residents to coexist? The answers will be shaped into a hyper-local performance piece that touches on not only the neighborhood's concerns, but also its gifts, strengths and joys.

Everybody Loves Big E  written by Reginald Edmund, directed by Melanie Flores
A narrative from a 12-year-old bootlegger brings attention to the difficulty of making a living in a difficult neighborhood, and how police bias and brutality lead to unjust actions against people just trying to survive and find peace.

You're Mean, Work on That devised by Kasey Foster
Peace is a good thing, and this city of marches and protests is hungry for it. A dance piece about Chicago's fight for unity and love.

Folks Along the Way by Still Acting Up, directed by Genevieve Fowler
Still Acting Up is an audition-based senior citizens theatre troupe who hopes to debunk the myth of what it means to be a senior involved in the arts and wants to inspire audiences to action.

When the Lights Turn Off  by Jenny Lynn Christoffersen, directed by Spencer Diedrick
A spoken word ensemble piece about ignorance and privilege that shows how everyone must do their part to open their eyes and help fix the world's problems even though they may not be directly affected by some of them.

Collaboraction's PEACEBOOK Festival is presented as part of the Chicago Park District's Night Out in the Parks series, supported by Mayor Rahm Emanuel. Arts programming in neighborhoods across the city advances the goals of the Chicago Park District and the Chicago Cultural Plan. Now in its fourth year, the 2016 Night Out in the Parks series will host over 1,000 cultural events and programs at more than 250 neighborhood parks throughout the city, making community parks a safe haven and hubs of activity. Projects vary from traditional performances and concerts, to movies, peace rallies, community workshops, nature based programs, dance pieces, festivals, and more. The Chicago Park District has partnered with more than 120 arts and community organizations to expand and produce this successful initiative

PEACEBOOK is also funded in part by The Goodman Theatre and the NEA.

In February, Collaboraction debuts Gender Breakdown, a daring, provocative world premiere written by Dani Bryant and directed by Erica Vannon. A devised piece that speaks to the work of Erin Pike and Courtney Meaker, Gender Breakdown will explore female roles in the theatre by examining and deconstructing various text, genres and media of both past and present.

Collaboraction is the resident theater company in the Flat Iron Arts Building,
1579 N. Milwaukee Ave., Room 300, at the epicenter of Chicago's Wicker Park and Bucktown neighborhoods.

The company's collective three-space venue, Collaboraction Studios, includes The Pentagon, The Vault and The Salon. These encompass 8,000 square feet on the third floor of the historic building, and are home to Collaboraction's own productions as well as a wide variety of visiting Chicago theater and dance companies and comedy groups. 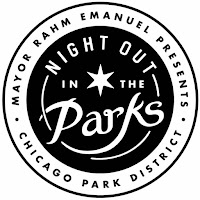 Email ThisBlogThis!Share to TwitterShare to FacebookShare to Pinterest
Labels: ChiIL Mama's ChiIL Picks List, collaboraction, Night out in the parks, Peacebook Festival, Shows on our radar