KUBO AND THE TWO STRINGS SOUNDTRACK OUT ON WARNER BROS. RECORDS 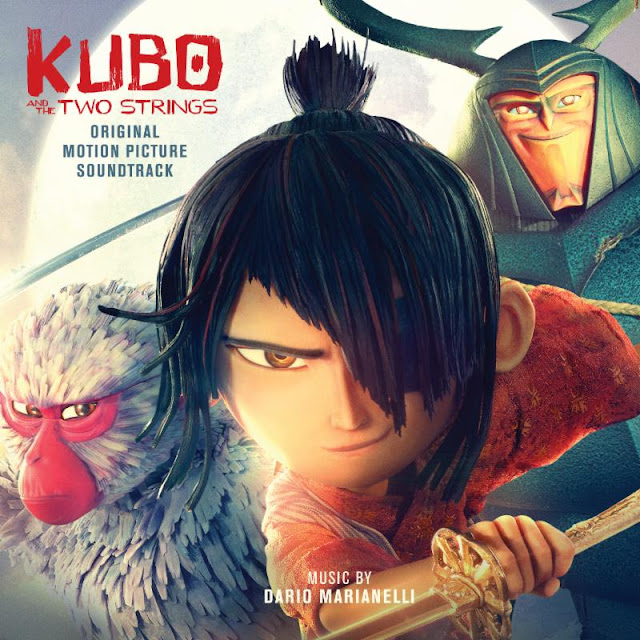 Are you and your kids enthralled with Kubo and the Two Strings, the epic action-adventure from acclaimed animation studio LAIKA? You can download the album on iTunes and Amazon!

The movie's original score was written and conducted by composer Dario Marianelli, Academy Award winner for his score to Atonement, for which he also earned a Golden Globe Award. Also from the movie, the soundtrack features the performance of George Harrison's classic "While My Guitar Gently Weeps" by Sire Records artist Regina Spektor, whose vocal performance is produced by Alex Williams.

Clever, kindhearted Kubo (voiced by Art Parkinson of Game of Thrones) ekes out a humble living, telling stories to the people of his seaside town including Hosato (George Takei), Hashi (Cary-Hiroyuki Tagawa), and Kameyo (Academy Award nominee Brenda Vaccaro). But his relatively quiet existence is shattered when he accidentally summons a spirit from his past which storms down from the heavens to enforce an age-old vendetta. Now on the run, Kubo joins forces with Monkey (Academy Award winner Charlize Theron) and Beetle (Academy Award winner Matthew McConaughey), and sets out on a thrilling quest to save his family and solve the mystery of his fallen father, the greatest samurai warrior the world has ever known. With the help of his shamisen - a magical musical instrument - Kubo must battle gods and monsters, including the vengeful Moon King (Academy Award nominee Ralph Fiennes) and the evil twin Sisters (Academy Award nominee Rooney Mara), to unlock the secret of his legacy, reunite his family, and fulfill his heroic destiny. Kubo and the Two Strings is directed by Travis Knight; is MPAA-rated "PG;" and is being released nationwide by Focus Features on Friday, August 19th.

Watch the trailer for Kubo and the Two Strings HERE.

The track listing for Kubo and the Two Strings: Original Motion Picture Soundtrack is as follows: