**With a punk-rock-infused soundtrack, a deconstructed design aesthetic and an emphasis on the technology that tweens have adopted as second nature, Worthy packs a visual and emotional punch.** 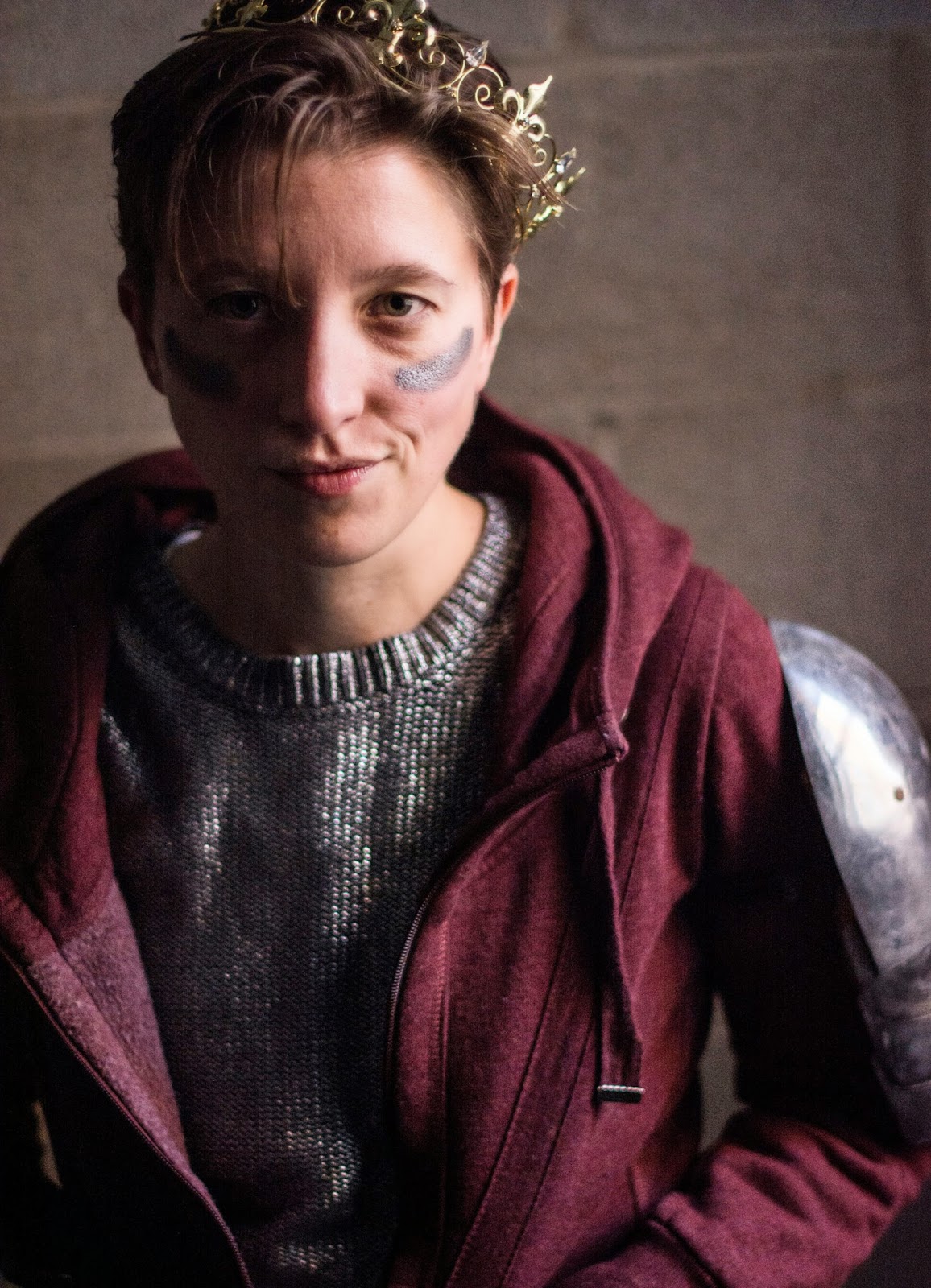 ChiIL Mama's giving away a family four pack
to preview performances of Worthy
on either April 17 or 18
(7:30 p.m. and 4 p.m., respectively).
Comment below
with your 1st choice of show date &

ENTER HERE for your chance to win through midnight on Easter sunday 4/5/15. 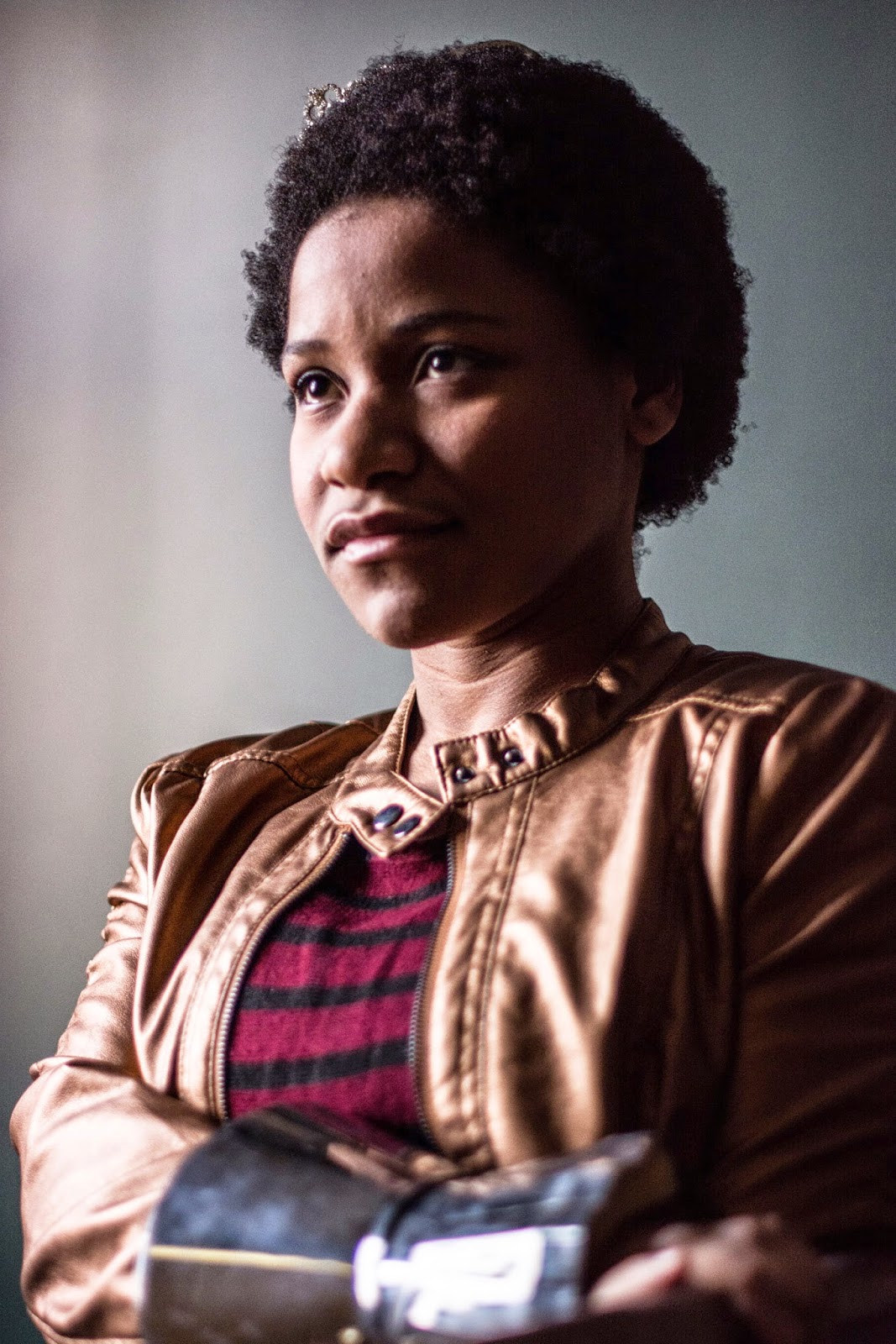 Here at ChiIL Mama & ChiIL Live Shows, we've been fans of Adventure Stage's works on stage and with the community for years. They're well worth a look and fill a much needed niche between children's theatre and adult offerings.

Created by Dani Bryant and directed by Sarah Rose Graber at Vittum Theater, 1012 N. Noble St., Worthy is a world premiere of modern fairy tale about how students define their own worth. It was created over a period of time interviewing and discussing issues with tweens, 8 - 14 years, to create this compelling and funny story about living in today’s world through the lens of a fairy tale.

Adventure Stage Chicago (ASC) is proud to announce the world premiere of Worthy, April 17 –May 16, created by Dani Bryant and directed by Sarah Rose Graber at Vittum Theater, 1012 N. Noble St. Preview performances are Friday, April 17 and 24 and Saturday, April 18. Opening night is Saturday, April 25 at 4p.m. Performances are Fridays at 7:30 p.m. and Saturdays at 4 p.m. (There is no performance Saturday, May 9. Student matinees available select weekdays.) Tickets are $10 for preview performances and $17 for adults and $12 for youth aged 14 years and younger for the regular run. Tickets may be purchased at adventurestage.org or by calling 773.342.4141. 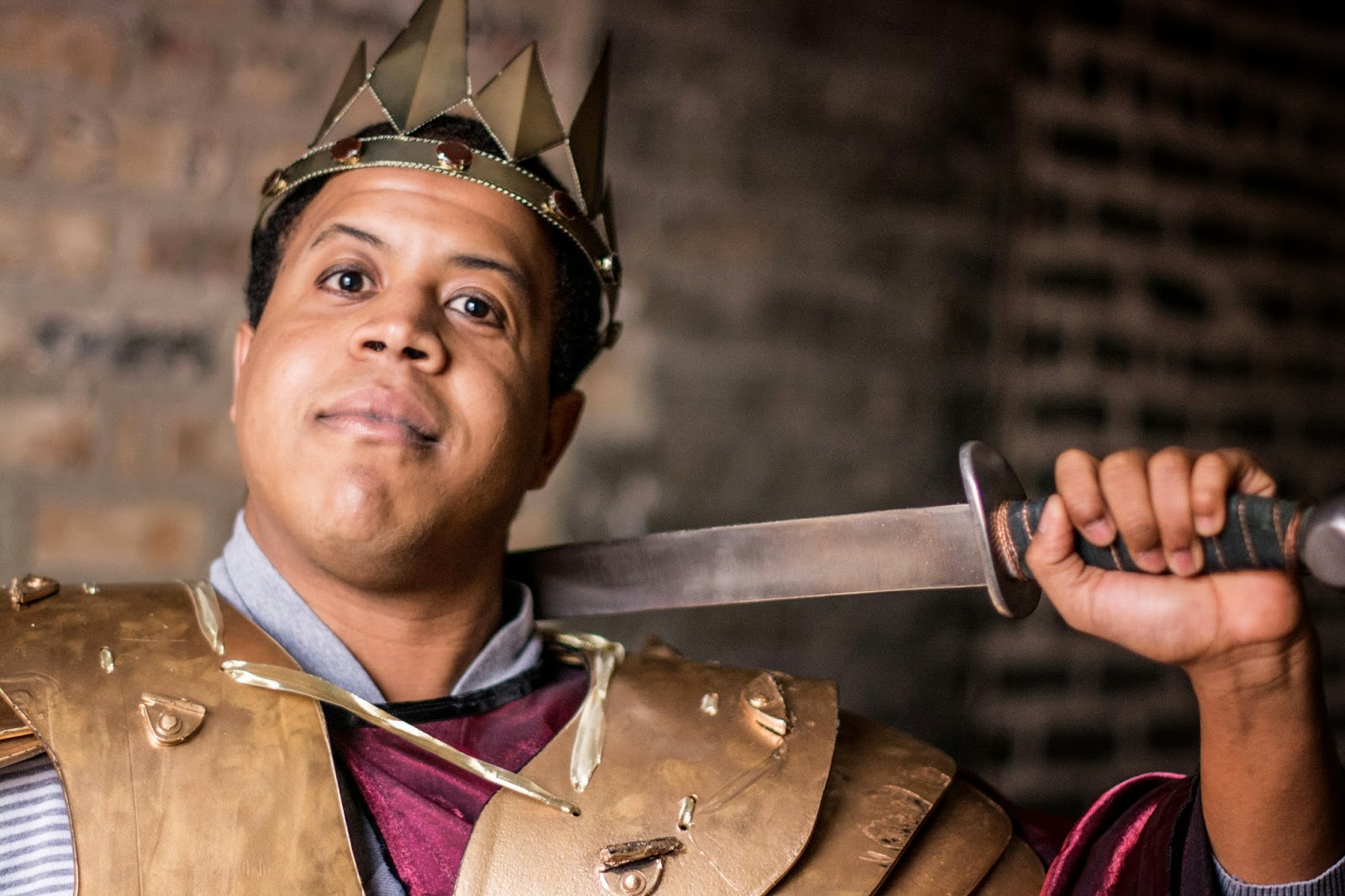 In a society where technology and media tell youth who they must be, Worthy whisks four young heroes on an adventurous quest, fighting dragons, breaking curses and choosing for themselves which paths to follow.  Balancing of-the-moment references and resonant, recognizable themes found in classic fairy tale literature, Worthy challenges these four young people to reclaim their identities against tremendous odds. A new devised play, Worthy’s creative process began in spring 2014 and involved workshops called “Story Circles,” in which members of the Chicago community came together to share their insights. Dani Bryant, the show’s creator, noticed how energized young people and adults became when talking about misconceptions related to their gender or their age. “People are bursting to discuss this subject through self-reflection and connection to others,” Bryant said.  When Worthy receives its world premiere this spring, hundreds of youth and adults will have influenced and helped shape the artistic product.

Now celebrating its 11th season, Adventure Stage Chicago is the only professional theatre in Chicago that focuses solely on tweens and the adults in their lives. Worthy is the final production in ASC’s 2014 - 2015 season, which also featured Theater Unspeakable’s critically-acclaimed The American Revolution and sold out houses for Le Petit Cirque, an ASC and Chicago Humanities Festival co-presentation as part of the Chicago International Puppet Theater Festival. 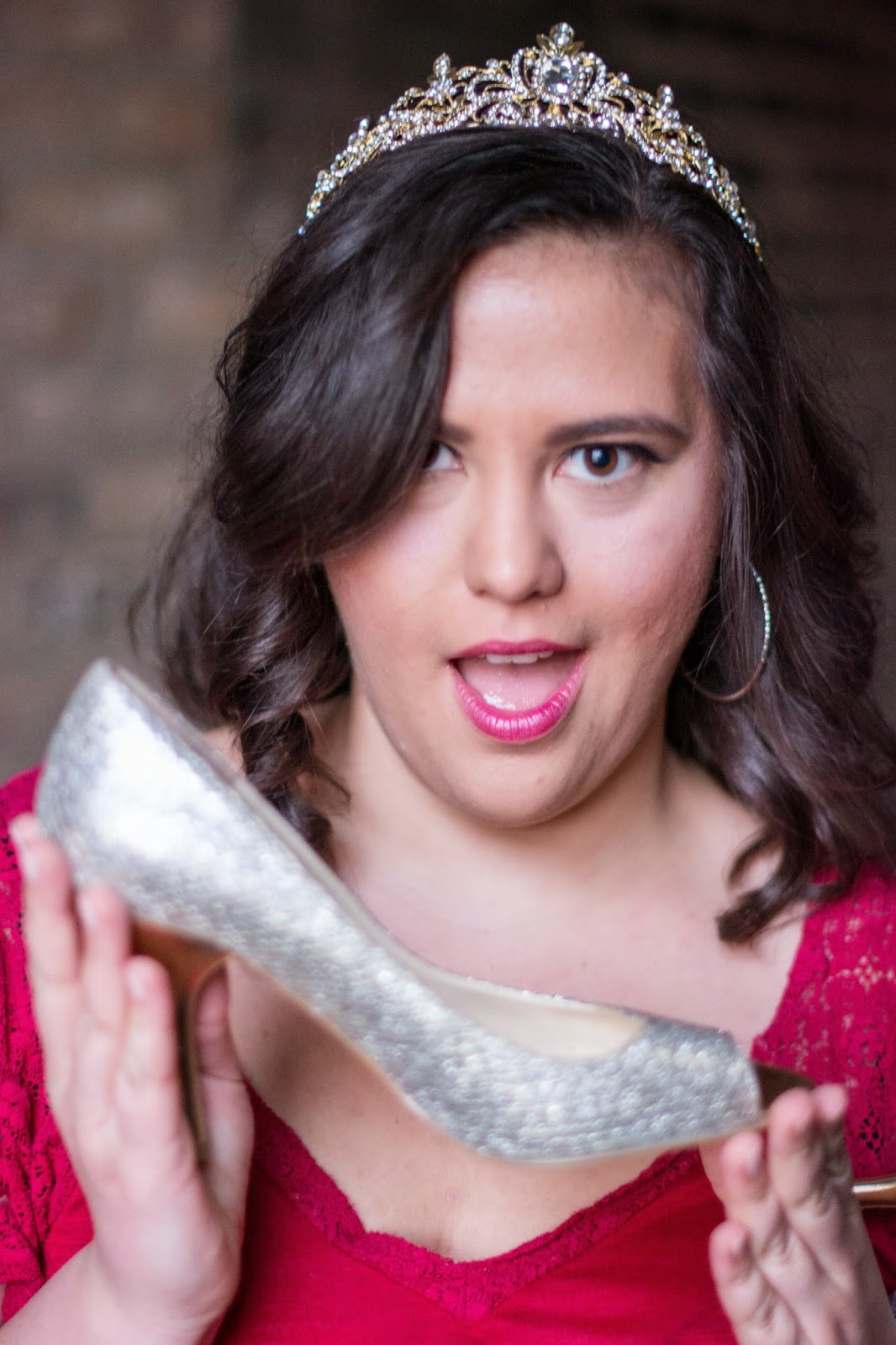 ABOUT DANI BRYANT, creator
Dani Bryant serves as Adventure Stage Chicago’s Education Manager and is a co-founder of Knife & Fork. She is a devised method playwright, director and performer. In addition to creating theater, she is passionate about facilitating social practice events and discussions on the topic of body politics and the role food plays in our lives. She attended The University of North Carolina School of the Arts and received her BFA from the Hartt School of Theater. Her solo show Binge was originally produced with the University of Chicago's Summer Incubation program and toured through Chicago. Bryant’s other work has been performed with Walkabout Theater, Collaboraction, Wayward Theater, Bechdel Fest, Chicago’s One Minute Play Festival, Cabaret Vagabond, Pivot Arts Festival, Story Sessions, The Art Institute of Chicago and Victory Gardens Theater.

ABOUT SARAH ROSE GRABER, director
Sarah Rose Graber, recently named one of 15 Women to Watch in 2015 by Today’s Chicago Woman Magazine, is a performer, director and teaching artist. She received her degree in Theatre from Northwestern University and trained at the Royal Academy of Dramatic Art in London. Graber is a Circumnavigator Scholar, having traveled around the world studying theatre for social change. She spent the past year living in the United Kingdom on a Fulbright Scholarship making innovative, devised theatre. In the U.K., Graber worked with the National Theatre of Scotland, punchdrunk, Fuel, the LIFT festival, and the Edinburgh Fringe Festival. She is an ensemble member with Adventure Stage Chicago (Six Stories Tall, The Giver, The Blue House), The Factory Theater (Hey! Dancin’!, Ren Faire, Popeye), and is the co-founder of Knife & Fork, a company that makes feminist-driven work about people’s relationships to food and the body (Kitchen, The Last Meal Man).

ABOUT ADVENTURE STAGE
Adventure Stage Chicago creates and tells heroic stories about young people.  Engaging the community and inspiring audiences to be the heroes of their own lives.  Uniquely integrating their West Town neighbors into the creation process, ASC’s original productions contain themes and ideas that are developed with input from community members. ASC also offers the in-classroom arts residency program Neighborhood Bridges; Trailblazers, a youth mentoring program for ages 12-15; summer drama camps and drama instruction with Head Start.

Adventure Stage Chicago presents the world premiere of Worthy, April 17 – May 16, created by Dani Bryant and directed by Sarah Rose Graber at Vittum Theater, 1012 N. Noble St. Preview performances are Friday, April 17 and 24 at 7:30 p.m. and Saturday, April 18 at 4 p.m. Opening night is Saturday, April 25 at 4p.m. Performances are Fridays at 7:30 p.m. and Saturdays at 4 p.m. (There is no performance Saturday, May 9. Student matinees available select weekdays.) Tickets are $10 for preview performances and $17 for adults and $12 for youth aged 14 years and younger for the regular run. Tickets may be purchased at adventurestage.org or by calling 773.342.4141. 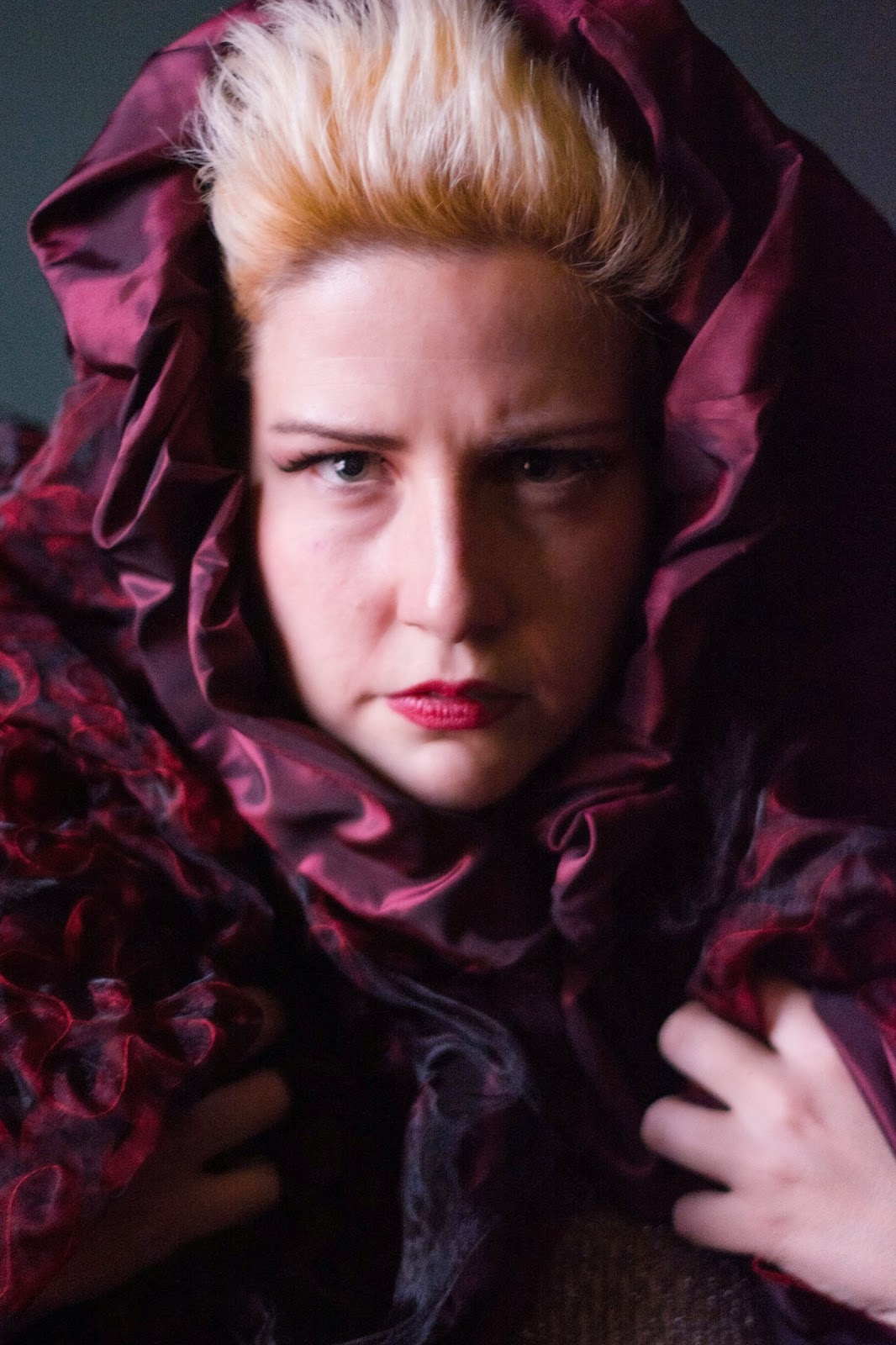 Posted by Bonnie Kenaz-Mara at 9:32 PM