It's Time to Celebrate Books and Reading!

As the daughter of a librarian (my dad has a Masters Degree in Library Science) and as an author, avid reader, and mom, I'm more than happy to celebrate National Library Week! We adore libraries, books and reading. Celebrate with ChiIL Mama because libraries in Chi, IL and beyond, are some of the coolest places we know! 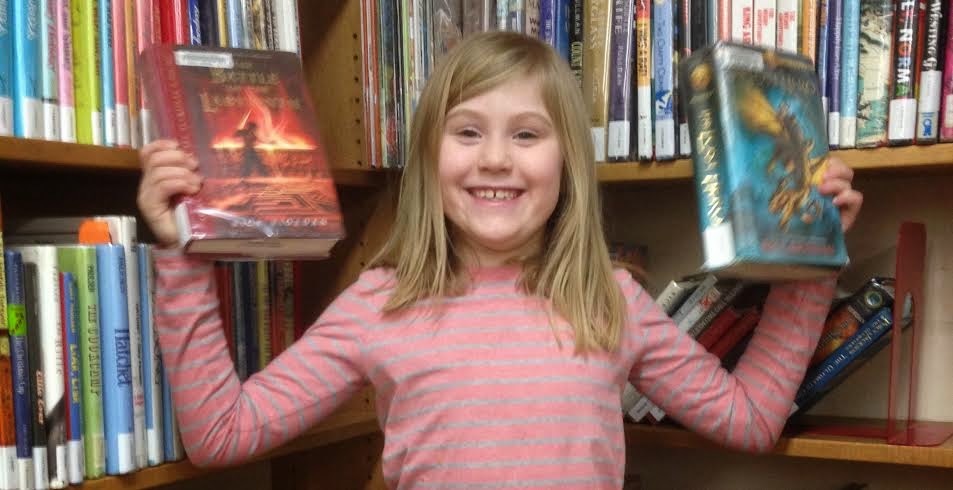 Award-winning family songwriter Alastair Moock and his eight-year-old daughter, Elsa, have written a new song called "Inside a Book." The song was inspired by Elsa’s passion for reading and Alastair’s ongoing efforts to use music as both an educational tool and force for social change. A video of the song was released today in celebration of National Library Week. All proceeds from downloads of the song will support the Mass Literacy Foundation. The Boston Herald talked with Moock about how the song was created, and the video debut link posted yesterday at http://massliteracy.org/booksong. Check it out.

Alastair Moock is a 2014 Grammy Nominee, Parents’ Choice Gold Award Winner, and three-time National Parenting Publications Awards (NAPPA) Gold Award Winner. Long one of Boston’s premier folk artists, Alastair turned his attention to family music after the birth of his twin daughters in 2006. The Boston Globe calls him "a Tom Waits for your tots" and Time Out New York calls him "a musical descendant of Woody Guthrie who refreshes the classic brand of acoustic folk with a zany sense of humor.” The artist will also release a new album called All Kinds of You and Me in June.

Mass Literacy is a nonprofit organization dedicated to supporting literacy education throughout Massachusetts. From children to adults, Mass Literacy works to achieve a fully literate population by empowering strong families, passionate teachers and a literate workforce.
Posted by Bonnie Kenaz-Mara at 9:16 AM