The 7th Chicago International Movies & Music Festival (CIMMfest), announces that the great and reclusive Brian Wilson will call in to John Anderson’s free “Cutting Room Floor” presentation, 7-9pm tonight at Logan Theatre.  Wilson will talk about his new biopic Love and Mercy, starring John Cusack, Elizabeth Banks, Paul Giamatti and Paul Dano, which will be released nationwide on June 5.  Wilson will call into the CIMMcon presentation at 8pm.

Also, the World Premiere of John Anderson’s Sam Lay in Bluesland tomorrow night is sold out.  A second show has been added for 11 p.m. at The Society for Arts. 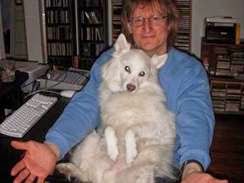 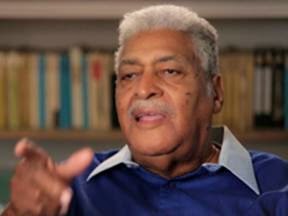 Sam Lay in Bluesland (John Anderson, USA).  WORLD PREMIERE
He was on drums when Bob Dylan went electric at Newport. He was in the studio and on the road with blues greats Howlin’ Wolf, Muddy Waters, Little Walter and James Cotton. He was a founding member of the groundbreaking Paul Butterfield Blues Band. He is, at 79, still an active part of the Chicago blues scene and the man some call “the greatest drummer of all time.”  Blues’ most celebrated drummer finally steps into the spotlight in Sam Lay in Bluesland. Recognized almost as much for his sartorial style as for his signature double-shuffle beat — his capes, crowns, canes and cowbells are the stuff of legend— Sam Lay has played a key role in the evolution of the blues for almost 60 years. Against a backdrop of the troubled, racially turbulent 1960s, Lay’s singular life and career is told through his own words, music and personal films in this new feature-length documentary about his life and career, featuring appearances by James Cotton, Charlie Musselwhite, Iggy Pop, Corky Siegel, Barry Goldberg, Nick Gravenites, Jim Keltner, Marcy Levy, Gary Mallaber and Kenny Wayne Shepard.

ABOUT CIMMFEST
The mission of the Chicago International Movies & Music Festival (CIMMfest) is to highlight the inseparability of film and music through the production of an annual four-day, multi-venue festival.  CIMMfest is a convergence event that highlights the interconnectedness of all people shown through the lens of music and movies, on stage and on screen.  All participating films have music at their center: short and long form documentaries and narrative fiction; concert films; animation; music videos; performances; live concert events; art exhibits; and panel discussions, presented at both new and historic venues around Chicago.  CIMMfest is a platform for filmmakers and musicians, artists and producers, to present their vision and offer a connection point for people to come together for a celebration of movies, music, and good times in the greatest city on earth – Chicago!  For more information, visit www.CIMMfest.org.