Chicago jazz vocalist and bandleader Elaine Dame will kick off her Thursday night residency at SIP (aka Southport & Irving) tomorrow night at 8PM and will be hosting a benefit for the Matthew Shepard Foundation on Sunday, May 3 from 6-10PM. 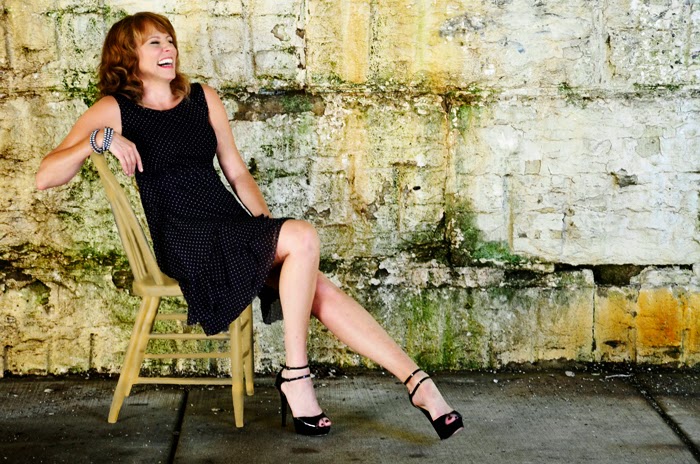 Jazz vocalist and bandleader Elaine Dame will be holding down a Thursday night residency at SIP (aka Southport & Irving), 4000 N. Southport Ave in Chicago, throughout the month of April. The residency, which begins on Thursday, April 2 at 8PM CST, will be followed by a benefit for the Matthew Shepard Foundation on Sunday, May 3 (6-10PM CST), which Dame will host.

Elaine Dame has been on the Chicago music scene since 1996 and has been called “a gem in the city’s vocal jazz scene” by Time Out Chicago. She gigs regularly at The Rainbow Room in New York City and has performed at the University of Chicago, the Chicago Cultural Center and will be performing at the 2015 Chicago Jazz Festival. Her latest CD, You’re My Thrill, was released to critical acclaim in 2014 and features liner notes penned by Grammy award-winning writer and jazz critic Neil Tesser.

Dennis and Judy Shepard founded the Matthew Shepard Foundation in memory of their 21-year old son, Matthew, who was murdered in an anti-gay hate crime in Wyoming in October 1998. The Foundation seeks to “Replace Hate with Understanding, Compassion, & Acceptance” through its varied educational, outreach and, advocacy programs and by continuing to tell Matthew’s story.

Elaine Dame sings – and people stop and listen. Since 1996, the woman Time Out Chicago calls “a jazz dynamo” and “a gem in the city’s vocal jazz scene” has been turning heads and capturing attention at the nation’s finest clubs and venues. From her regular appearances at The Rainbow Room in New York City to her monthly residencies at Taverna 750, Southport and Irving and 720 Lounge, to special performances for the University of Chicago, the Chicago Cultural Center and even the Chicago Bulls, to headlining venerable Chicago jazz clubs like The Jazz Showcase, Andy’s Jazz Club and The Drake Hotel’s famed Coq D’Or, Elaine’s is a career spent at the heart of sophisticated, swinging, urban jazz.

For the past eight years, in addition to her consistent work as a jazz singer, Ms. Dame has been a private jazz vocal instructor and was honored to have been a 2013 teaching artist at Orbert Davis’ Chicago Jazz Philharmonic Summer Jazz Academy, where she taught scatting workshops.

HELP OUT:
Save the Date 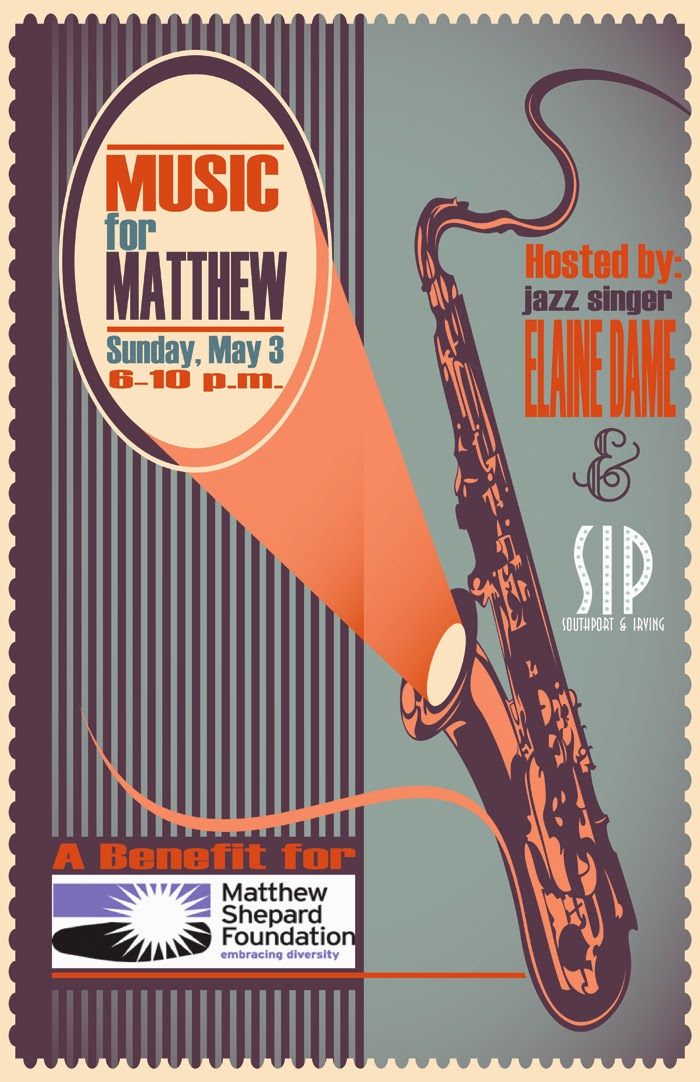 Click here for more info on the Matthew Shepard Foundation

Posted by Bonnie Kenaz-Mara at 9:35 AM