ChiIL Live Shows and ChiIL Mama have been thrilled to bring you CIMMFest coverage for the past 4 years. And this year we're super stoked to also be covering the inaugural Lake FX Summit. Check back with us for loads of original coverage, our ChiIL Picks List, giveaways, reviews, arts news, interviews and photo & video filled features. Got your tickets?! Here's a short list of free showings but come early. When the venue reaches capacity... you're outta luck. Luckily there are too many great choices going down simultaneously, so if you do get shut out, there are plenty of great alternatives. See you out there.

Live scoring programs, during which bands, orchestras and soloists perform a film’s music score live in front of the projected movie, have become a signature draw for CIMMfest. This year’s offerings for Lake FX include the India-flavored multimedia Buster Keaton Goes to Bollywood live-scored by Sara Ranganathan and Dominic Johnson of New Millennium Orchestra, and a World Premiere original score for Eisenstein’s ¡Que Viva Mexico! by Latin Grammy-nominated Sones de México.

Other CIMMfest highlights at Lake FX include a Muddy Waters 100th Birthday Celebration at Hyde Park’s Harper Theater and screenings of Revenge of the Mekons with the filmmaker and Mekons Jon Langord and Sally Timms in attendance and Kartemquin Films’ Almost There with a filmmaker Q&A at the Logan Theatre.

CIMMfest’s Evening Showcases at Lake FX are free, and admission is on a first-come/first-served basis until venue reaches capacity. You really can't go wrong picking any of these excellent offerings, but we've got ChiIL Mama's/ChiIL Live Shows' top picks in red below. Programs include:

*Revenge of the Mekons
Political provocateurs. Social agitators. Punk’s reigning contrarians. The Mekons have been called all this and more. Music Box Films’ feature documentary Revenge of the Mekons chronicles the unlikely story of a group of radical British art students who formed in the first blast of punk rock in 1977. Against all odds—and despite a career consigned to the margins—the Mekons continue to tour and make adventurous and challenging albums, despite the fact that its eight members are separated by thousands of miles across two continents. Adored with cult-like devotion by fans and critics alike, the Mekons have redefined themselves and their music repeatedly over the years while staying true to the punk ethos. But the Mekons are more than just a band. They’re also an art collective whose members make art individually, collectively and in collaboration with other avant-garde artists. A rich and illuminating account of a fascinating, criminally under-recognized band, Revenge of the Mekons is a lively, inspiring and entertaining film—with killer music, to boot. Q&A with director Joe Angio, Jon Langford and Sally Timms follows.
7pm @ Logan Theatre, 2646 N. Milwaukee Ave.
Saturday, April 18

Almost There
Kartemquin Films-produced documentary Almost There is a coming-of-(old)-age story about 83-year-old Peter Anton, an "outsider" artist living in isolated and crippling conditions, whose world changes when two filmmakers discover his work and storied past. Shot over eight years, Almost There documents Anton's first major exhibition and how the controversy it generates forces him to leave his childhood home. Each layer revealed reflects on the intersections of social norms, elder care and artistic expression. A Q&A with filmmakers Aaron Wickenden and Dan Rybicky follows the screening.
7pm @ Logan Theatre, 2646 N. Milwaukee Ave. 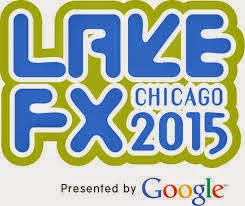 Lake FX Summit + Expo is a FREE event presented by Google, organized by the Chicago Department of Cultural Affairs and Special Events and co-produced by CIMMfest and The Recording Academy® Chicago Chapter. www.lakefxchicago.org

The Recording Academy®, internationally known for the GRAMMY® Awards, is an organization of musicians, songwriters, producers, engineers and recording professionals that is dedicated to improving the cultural condition and quality of life for music and its makers.

The mission of the Chicago International Movies & Music Festival (CIMMfest) is to highlight the inseparability of film and music through the production of an annual four-day, multi-venue festival.  CIMMfest is a convergence event that highlights the interconnectedness of all people shown through the lens of music and movies, on stage and on screen.  All participating films have music at their center: short and long form documentaries and narrative fiction; concert films; animation; music videos; performances; live concert events; art exhibits; and panel discussions, presented at both new and historic venues around Chicago.  CIMMfest is a platform for filmmakers and musicians, artists and producers, to present their vision and offer a connection point for people to come together for a celebration of movies, music, and good times in the greatest city on earth – Chicago!  For more information, visit www.CIMMfest.org.