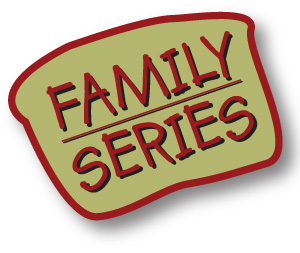 Enter at the bottom of this post for your chance to win 4 free tickets!

Susan Salidor is an award-winning children's music composer, performer and teacher. Her five recordings for children and their families enjoy a national audience of young and old alike and have garnered a long list of prestigious awards.

Little Voices in My Head (1995) was Susan's first release of mostly original songs and was honored with an Oppenheim Toy Portfolio Gold Award. The Chicago Tribune called Little Voices "a gem of a recording."

Susan Salidor: By Heart (1996), Susan's second release, was honored with a Parents' Choice Gold Award for Excellence and received unanimous praise in the Chicago Tribune, Nashville Parent, Parents Magazine, ALA Booklist, and Family Fun Magazine, which called By Heart "an album to savor.

Color Me Singing, Susan's third kids' recording, was released in December 1998 and was chosen as a selection in Book-of-the-Month Club's Sound Review Catalog, which reaches an estimated 1.6 million people monthly. Color Me Singing received a 1999 Parents' Choice Gold Award, an Oppenheim Toy Portfolio Platinum Audio Award 2000, as well as a 'Listen Up' Award from Publishers Weekly.


Check out Schubas main site here for tickets and more info.    Enter to win below.

Posted by Bonnie Kenaz-Mara at 1:31 PM