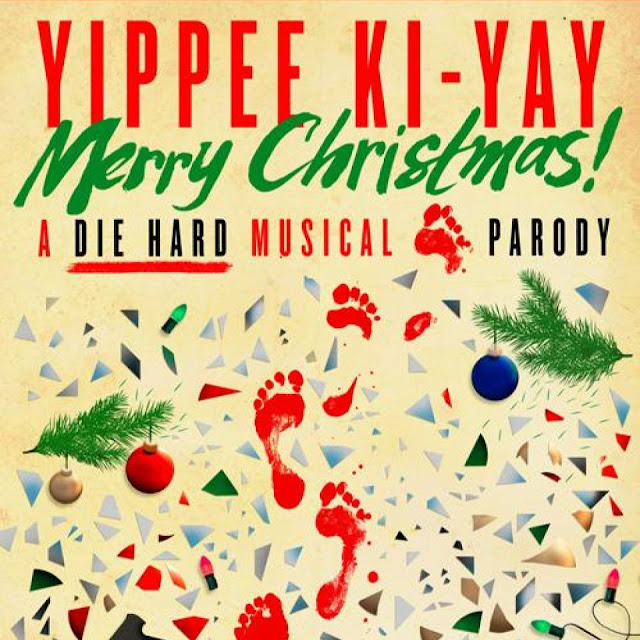 Upon entering the theatre, the stage was set. The year was 1987, and we were guests at the company Christmas party, at Nakatomi Plaza. Nothing says 1980’s corporate fun more than Wham! on the stereo and wine coolers under the tree. 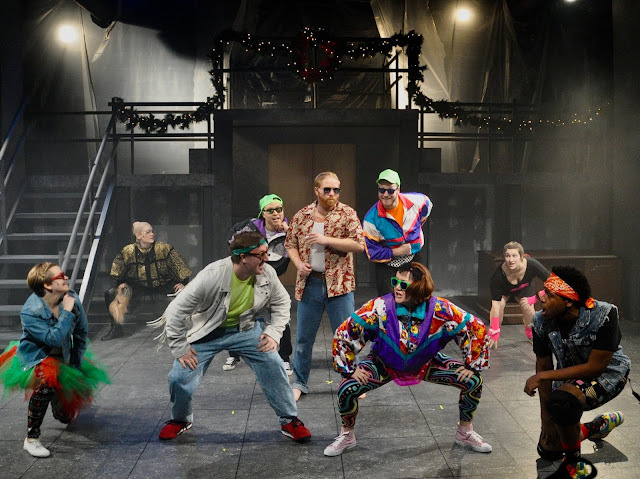 Photo credit for all: Michael Shepherd 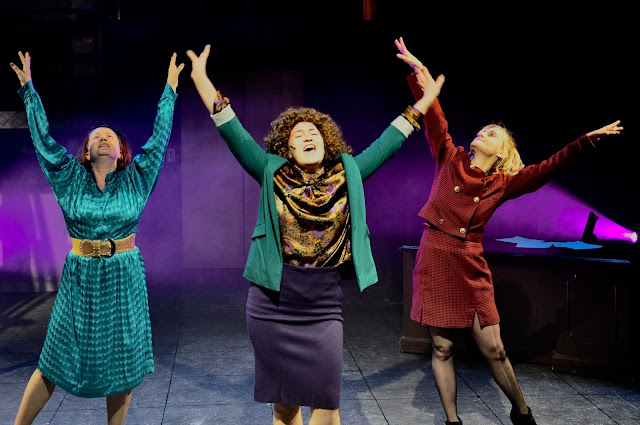 The fun continued throughout the show, with high energy musical numbers, embarrassingly familiar costumes, and lots and lots of cursing! The plot stays carefully close to the 1988 Bruce Willis release, so creative corner cutting was amusing to watch. Special effects include broken remote control toy vehicles and the Tandy brand walkie-talkies I had as a kid. 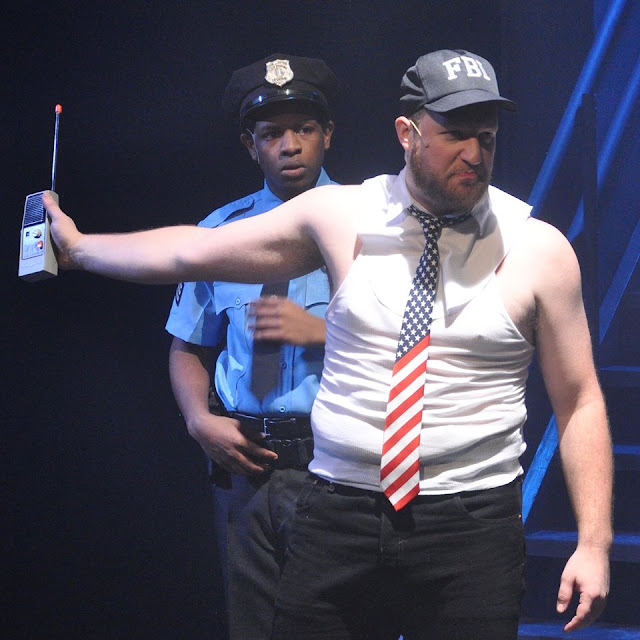 YKYMC manages to be both a close parody of the action movie, and rich with its own inner logic and metahumor. Twinkies are thrown, sexily. Terrorists tap-dance. Nakatomi, rendered almost immortal, reaches enlightenment and dies like a Shakespearean philosopher. 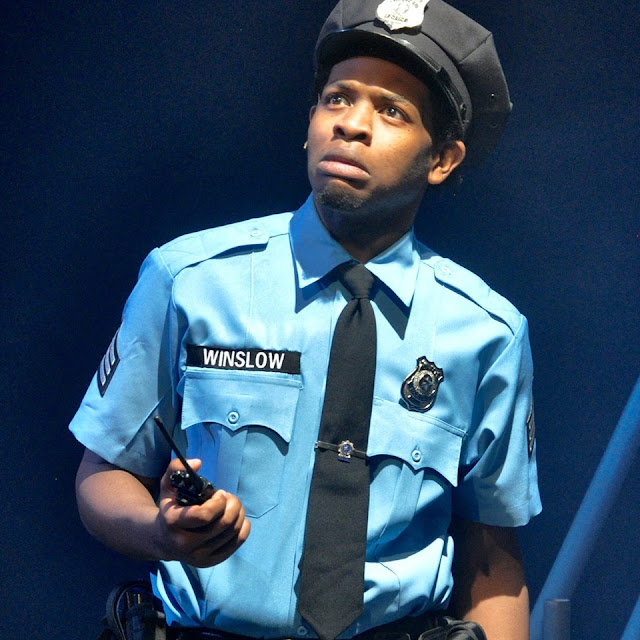 The actors are hardworking and knee-slappingly funny. Erin Long in dual roles as terrorists Klaus and Tony, is a standout, completely inhabiting both roles. Bill Gordon as Bruce McClane, should be given an award for his fight scene with a My Buddy Doll. The humor was witty at times, slapstick at others, and kept both me and my teenager laughing throughout. 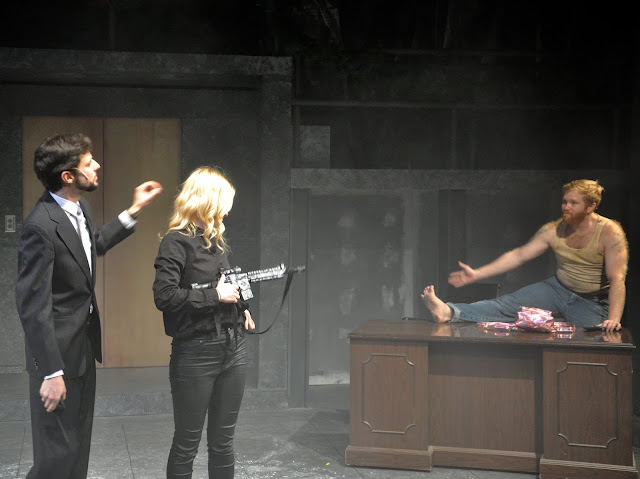 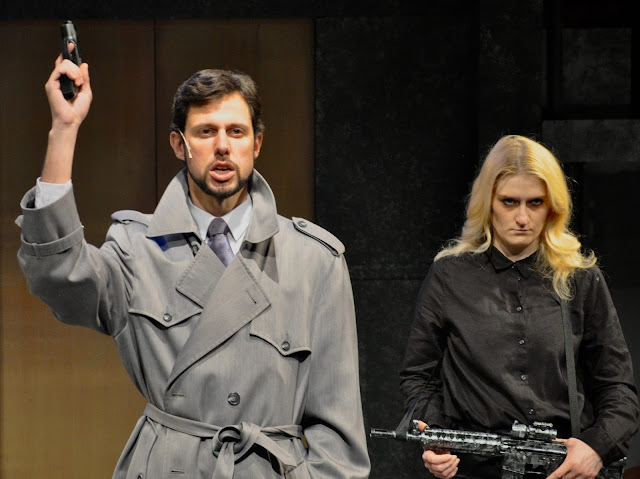 YKYMC is definitely what you’d hope from a musical parody of the best Christmas movie of 1988.  So come out to the show and have a few laughs!

D'Arcy Mies is a Montessori teacher, mom, and long time theater lover who lives in Chicago burb, Franklin Park. She drives a "Tardis Blue" car decked out like Dr. Who's time machine and can often be found at pop culture events. 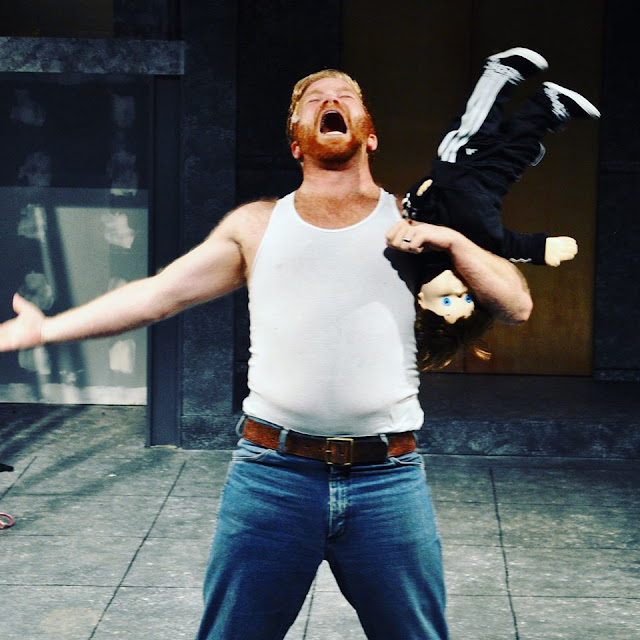 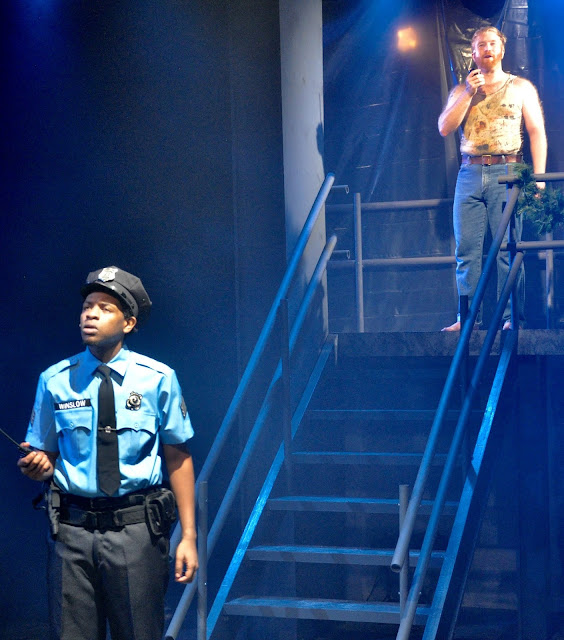 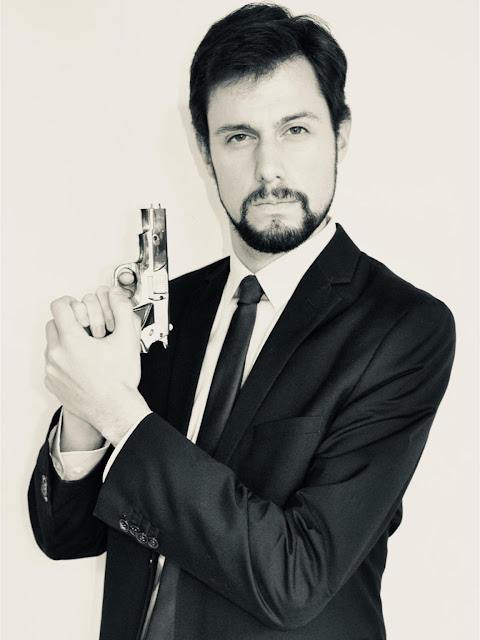 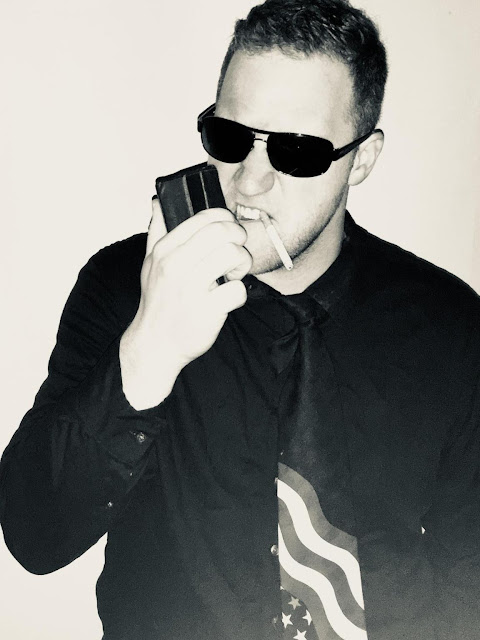 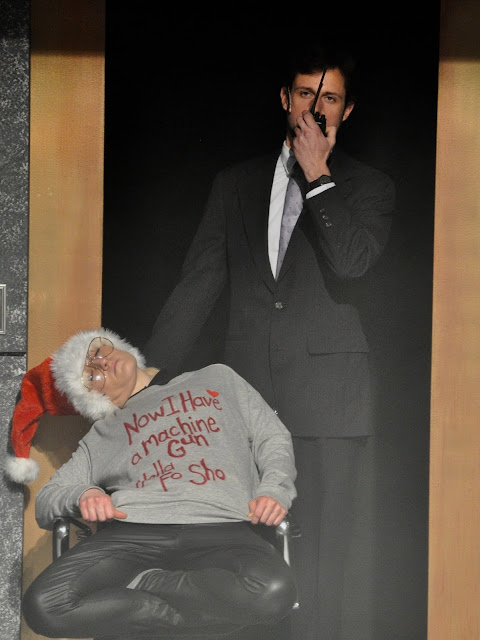 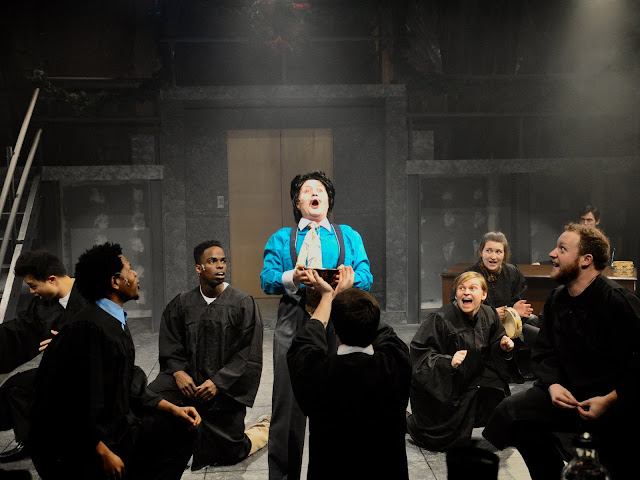 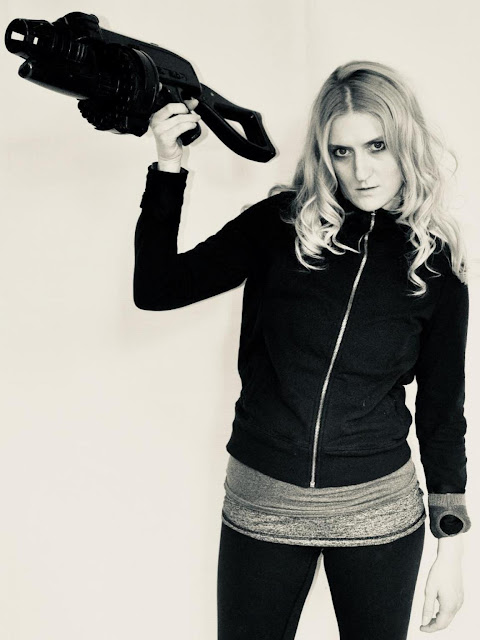 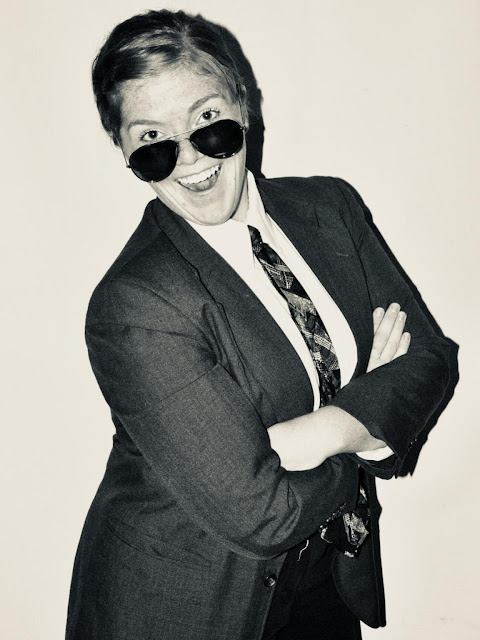