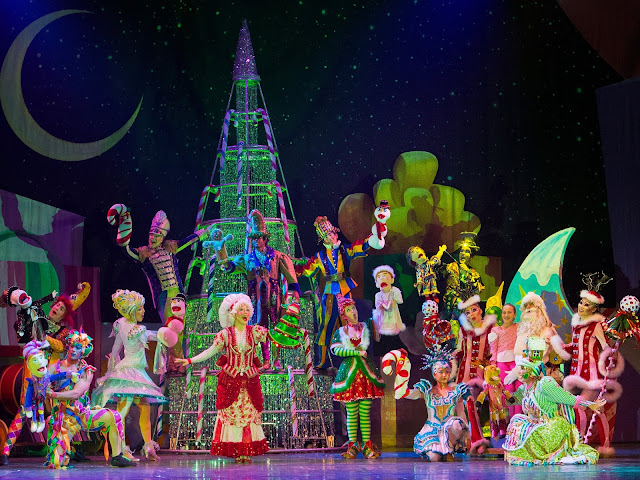 Cirque Dreams Holidaze at the Chicago Theatre was a truly enjoyable spectacle. I had the pleasure of seeing it with my 10- and 4-year-old boys, Adam and Ali. This show is for you if you enjoy exquisite showmanship, good music, and incredible costumes. The brainchild of Cirque Dreams founder Neil Goldberg, it features talented cirque artists, singers and dancers from all over the world.

Adam and I were totally wowed by the opening diablo act, as well as what seemed to be a father/son gingerbread man acrobatics routine—both of which appeared to defy the laws of physics. 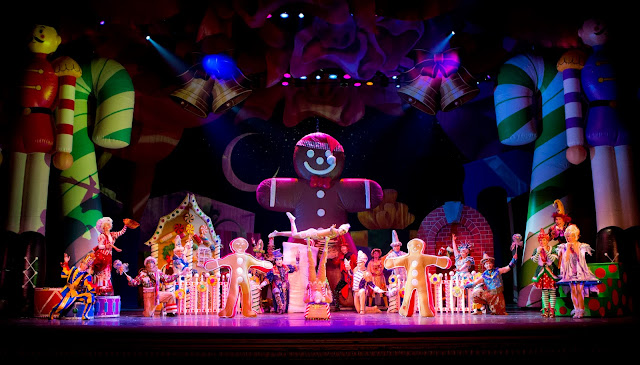 I really loved the first male/female acrobat duo. Their routine was sensual and surprising and showed off the man's talent as well as the woman's, a rare dynamic in an art where the larger person tends to act as a support while the smaller one gets to do all the jaw-dropping stuff.

Both boys adored the man who wielded what looked like a 10-foot-circumference hula hoop. Who am I kidding? I loved it too. I mean, it's a freaking 10-foot hula hoop, people! Just imagine getting it going and the footwork needed to keep his hips ahead of the game while it loomed out over the orchestra pit! 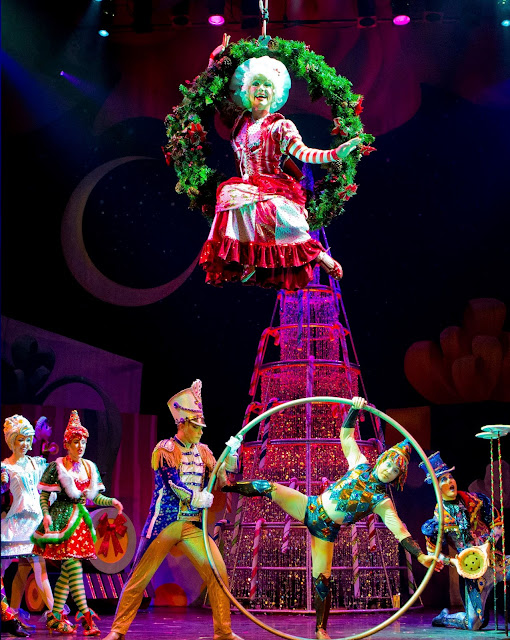 Ali, the youngest the youngest member of our party was particularly enchanted by the huge snow-people. They were not a main act, but one of the many charming-to-eerie background acts that had us often making tough decisions about where to focus our attention. 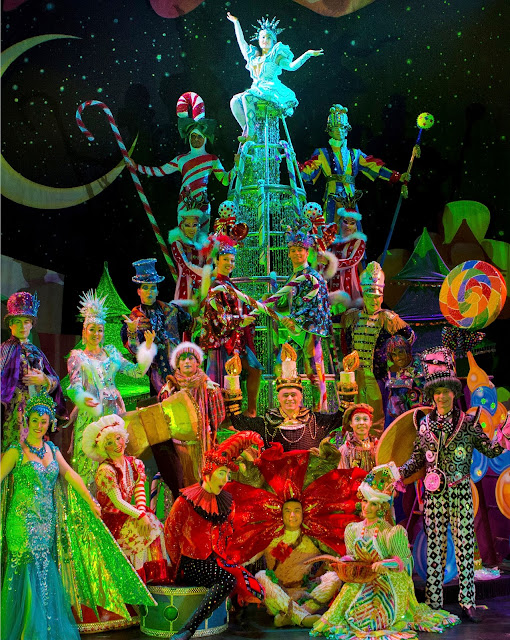 Yes, I said eerie up there. This show balances festive, humorous, poignant, and what I'll call a Something Wicked This Way Comes feel. In this vein, the scene with the acrobatic dancing couple echoed by a dancing ghost couple behind them was achingly beautiful.

The show is set up as an opportunity to see the secret lives of Christmas ornaments, but there was no discernible storyline running through the vignettes. The only drawback of that is that there was so very much to see that it was hard to process. A more powerful through-line of story would have helped there. 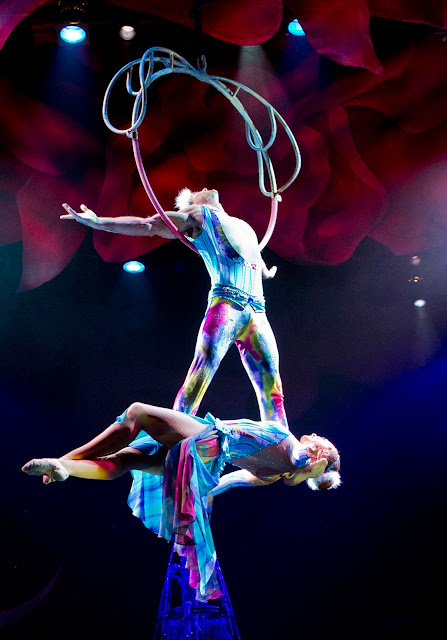 I should point out that there was juggling, aerial arts (including a brilliant two-man hoop routine), a high wire act, and other components one would expect to see. They were all so fabulous. I wish there was space and time to describe them and especially to give credit to each of the artists.

If you have very young children, here are a couple of points to consider:
This is a great way to test their readiness for a a big theatre. It's a really loud show, so their inevitable chatter is okay. Cirque Dreams Holidaze is very stimulating. My four-year-old loved it but was truly done by intermission. Be prepared to leave early. I promise that even half the show is worth the cost of admission. All told, I'm excited to recommend this show as a it was truly unique holiday outing for families. 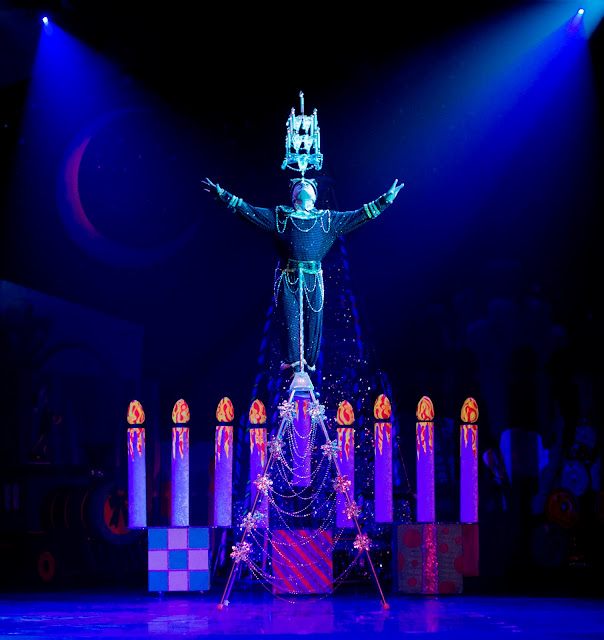 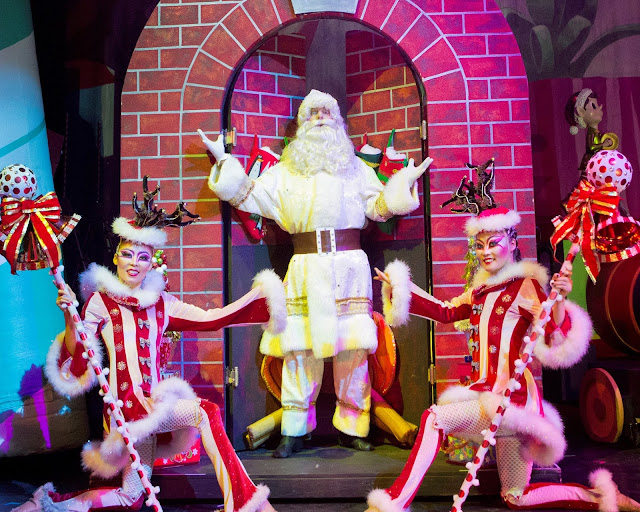 CIRQUE DREAMS HOLIDAZE brings its popular and electrifying stage spectacular to The Chicago Theatre, 175 N. State Street, with eight unforgettable performances presented by Jam Theatricals. This critically-acclaimed extravaganza is a combination of a Broadway musical and a Cirque adventure wrapped into a spectacular holiday gift for the entire family. Tickets are on sale now. 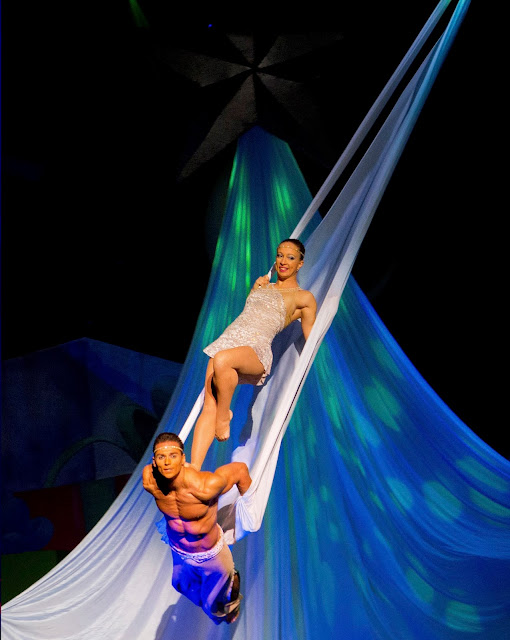 Cirque Dreams Holidaze has been hailed by the New York Daily News as “a delicious confection of charm, sparkle and talent by the sleigh load.” It’s “The perfect holiday gift and show everyone will enjoy,” raved BroadwayWorld of the sold-out performances that “dazzled…at The Kennedy Center,” (Washington Post.) The Tennessean proclaimed it a “distinctly different and decidedly entertaining experience” at the Grand Ole Opry House. Chris Jones of the Chicago Tribune reviewed the productions 2014 Chicago engagement, calling it a “cheerfully excessive and very enjoyable family entertainment, populated by a global cast of some 30 circus performers from Russia, Ethiopia, Ukraine, Mongolia, Italy and other such exotic spots.” 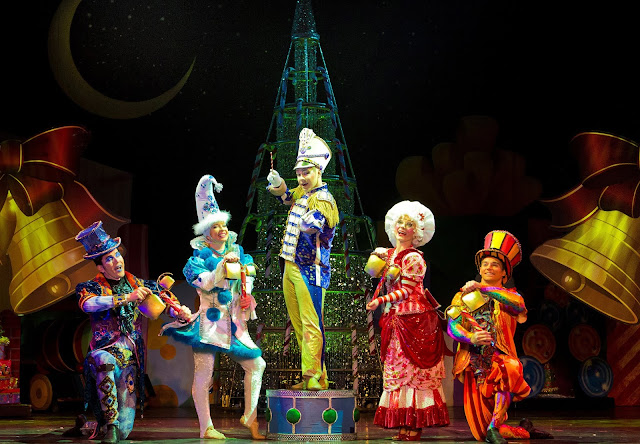 Broadway Director and Cirque Dreams Founder Neil Goldberg has searched the world to assemble the most unique cast of incomparable cirque artists, singers, dancers and theatrical talent to wow audiences nationwide in 2018.

Set in a multi-million-dollar wonderland of season’s dreams and holiday pageantry, audiences around the country will celebrate the most wonderful time of the year with eye-popping performances, more than 300 spectacular costumes, 20 of the world’s jaw dropping acts, the talented singers, original music and seasonal favorites. Audiences will experience elaborate costumed characters, including snowmen, penguins, candles, reindeer, toy soldiers, gingerbread men, Santa and ornament as they fly, balance and stretch imaginations in this festive holiday celebration.  Exciting theatrical production numbers, illusions and gravity-defying feats will leave viewers on the edge of their seats. It’s “Las Vegas…meets family entertainment…meets musical theatre” raves the Boston Globe. 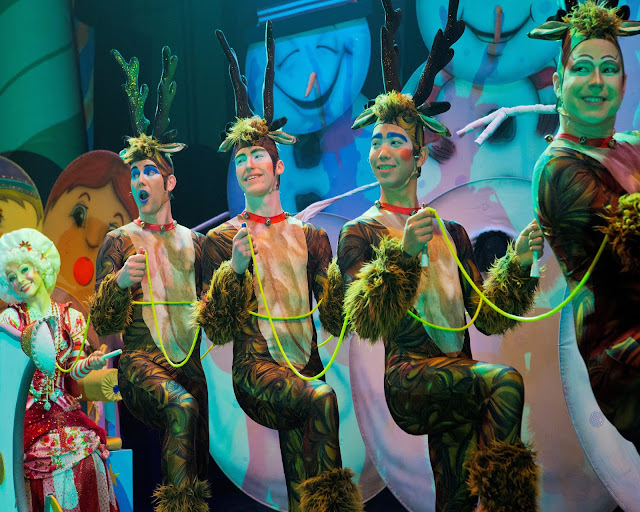 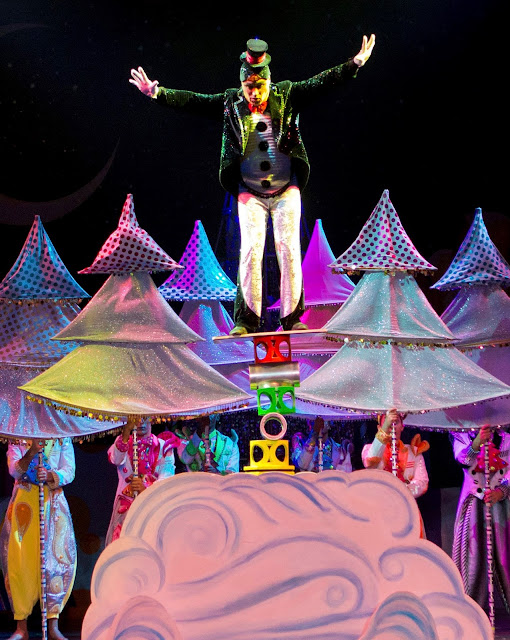 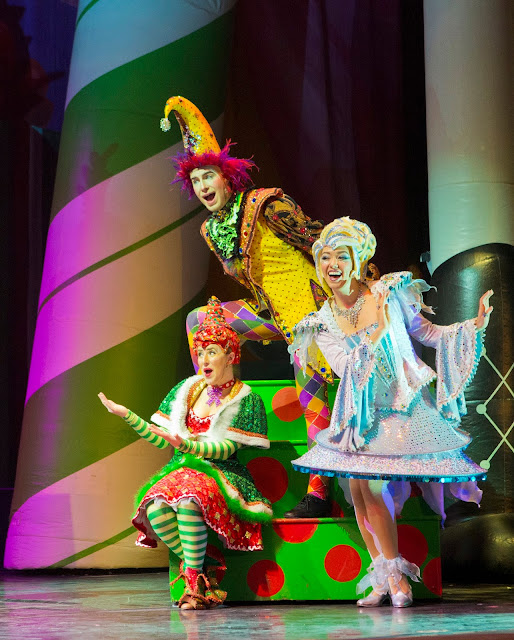 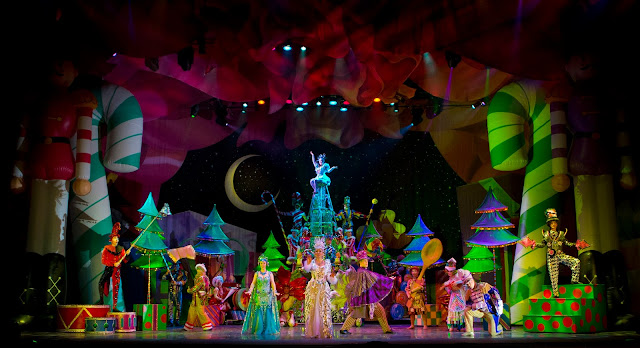