Beautiful: The Carole King Musical
Broadway In Chicago at the
Cadillac Palace Theatre 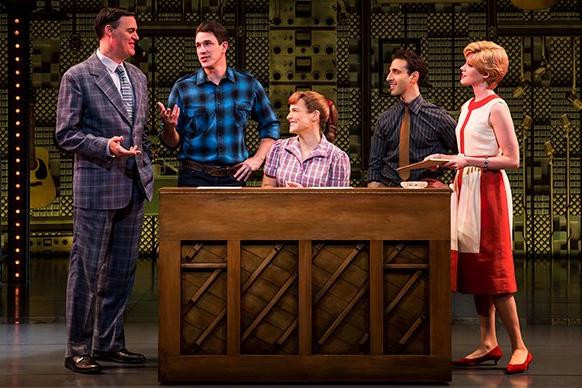 ChiIL Mama will be ChiILin' at Chi, IL's iconic Cadillac Palace Theatre December 6th for the press opening of Beautiful: The Carole King Musical. Check back soon for our full review. We caught this stirring musical that lives up to it's name and namesake on it's last pass through Chicago and can't wait to catch it again. Of course the songs are fabulous and Carole King's tale has all the best elements of classic Broadway musical struggle and success stories.

Long before she was Carole King, chart-topping music legend, she was Carol Klein, Brooklyn girl with passion and chutzpah. She fought her way into the record business as a teenager and, by the time she reached her twenties, had the husband of her dreams and a flourishing career writing hits for the biggest acts in rock ‘n’ roll. But it wasn’t until her personal life began to crack that she finally managed to find her true voice. Beautiful tells the inspiring true story of King’s remarkable rise to stardom, from being part of a hit songwriting team with her husband Gerry Goffin, to her relationship with fellow writers and best friends Cynthia Weil and Barry Mann, to becoming one of the most successful solo acts in popular music history. Along the way, she made more than beautiful music, she wrote the soundtrack to a generation. 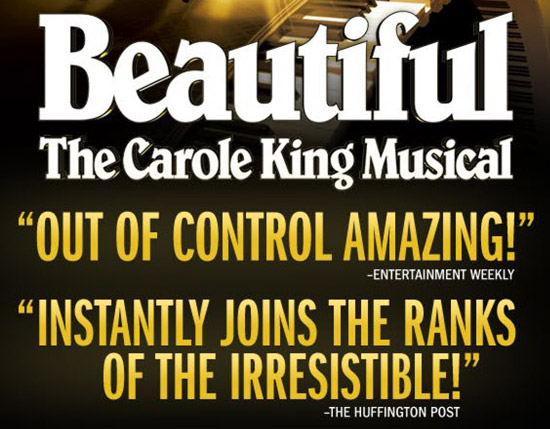 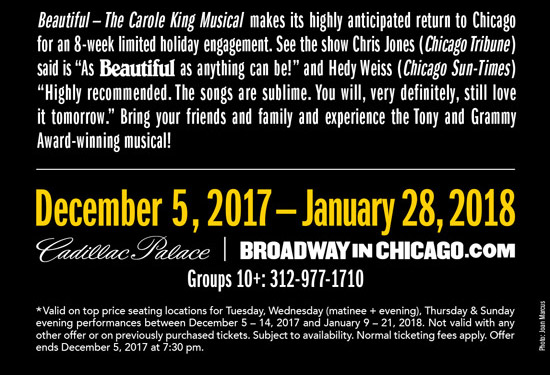 BEAUTIFUL – THE CAROLE KING MUSICAL, about the early life and career of the legendary and groundbreaking singer/songwriter, will play Broadway In Chicago’s Cadillac Palace Theatre (151 W. Randolph) for a limited eight-week engagement that runs Dec. 5, 2017 through Jan. 28, 2018.

“Carole King might be a native New Yorker, but her story of struggle and triumph is as universal as they come – and her music is loved the world over,” producer Paul Blake said. “We know that audiences throughout the country will embrace this show just as Broadway and London audiences have.”

With a book by Tony® and Academy® Award-nominee Douglas McGrath, direction by Marc Bruni and choreography by Josh Prince, BEAUTIFUL features a stunning array of beloved songs written by Gerry Goffin/Carole King and Barry Mann/Cynthia Weil.  The show opened on Broadway at the Stephen Sondheim Theatre (125 West 43 Street) in January 2014, where it has since broken all box office records and recently became the highest grossing production in the Theatre’s history.

The Original Broadway Cast Recording of BEAUTIFUL – THE CAROLE KING MUSICAL (Ghostlight Records) won the 2015 Grammy Award for Best Musical Theater Album and is available on CD, digitally, and on vinyl.  BEAUTIFUL launched its first US National Tour in September 2015, and is also currently playing internationally, with productions in Japan, Australia and touring the UK.  An Award-winning production recently concluded its run in London’s West End after opening on February 25, 2015.

BEAUTIFUL tells the inspiring true story of King’s remarkable rise to stardom, from being part of a hit songwriting team with her husband Gerry Goffin, to her relationship with fellow writers and best friends Cynthia Weil and Barry Mann, to becoming one of the most successful solo acts in popular music history. BEAUTIFUL features a stunning array of beloved songs written by Gerry Goffin/Carole King and Barry Mann/Cynthia Weil, including “I Feel The Earth Move,” “One Fine Day,” “(You Make Me Feel Like) A Natural Woman,” “You’ve Got A Friend” and the title song. 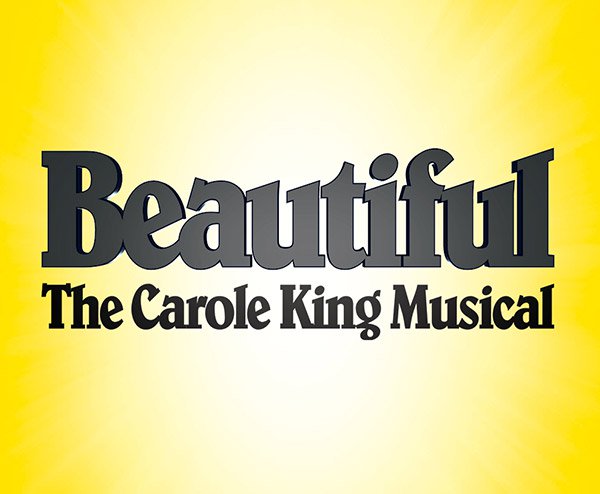