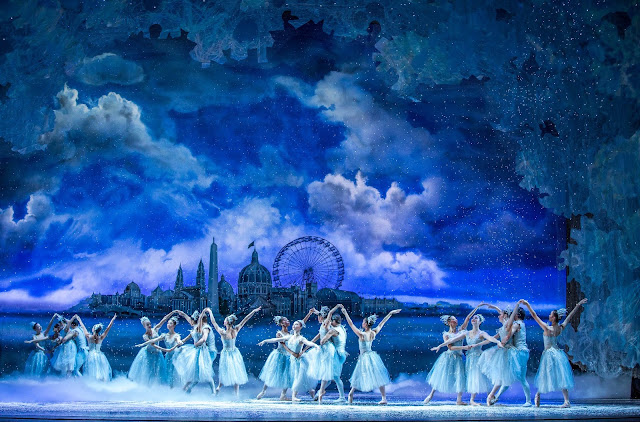 All photos by Cheryl Mann

Following a wildly successful world premiere in December 2016, The Joffrey Ballet will present its newly reimagined holiday classic The Nutcracker by Tony Award®-winning choreographer Christopher Wheeldon in 33 performances only, at the historic Auditorium Theatre of Roosevelt University in downtown Chicago at 50 East Congress Parkway, December 1-30, 2017.

“This stunning version of The Nutcracker pays homage to a magical moment in Chicago’s history,” said Artistic Director Ashley Wheater. “Creating a holiday classic that belongs specifically to the Joffrey—one that represents our dedication to unique repertoire and innovative works—has been one of my proudest moments as Artistic Director. Christopher’s work has found fresh meaning at the heart of The Nutcracker story and I am honored to delight Chicago audiences once again with this magical production.” 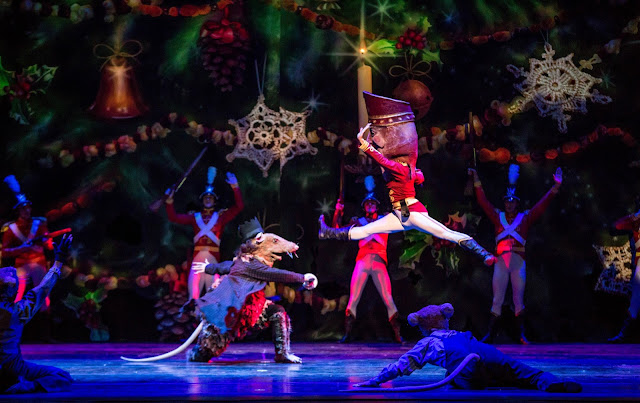 A ballet in two acts, The Nutcracker opens in Chicago on Christmas Eve, 1892, mere months before the opening of the World’s Columbian Exposition of 1893, also known as the World’s Fair, a marvel unlike anything the city has ever seen. Marie and her younger brother Franz arrive at home, where their immigrant mother—a sculptress of modest means—designs the seminal masterpiece that will preside over the Fair. A festive Christmas potluck ensues, only to be interrupted by the mysterious Great Impresario, creator of the World’s Fair. He entertains with enchanting visions of the what’s to come, distributing gifts in the process, which includes a mercurial nutcracker for Marie. That evening, Marie awakens to an epic battle between toy soldiers and rats led by The Rat King and the now life-size Nutcracker. Unexpectedly, Marie saves the day, as The Great Impresario and the Nutcracker, now transformed into a Prince, set sail on a magical journey into the night. 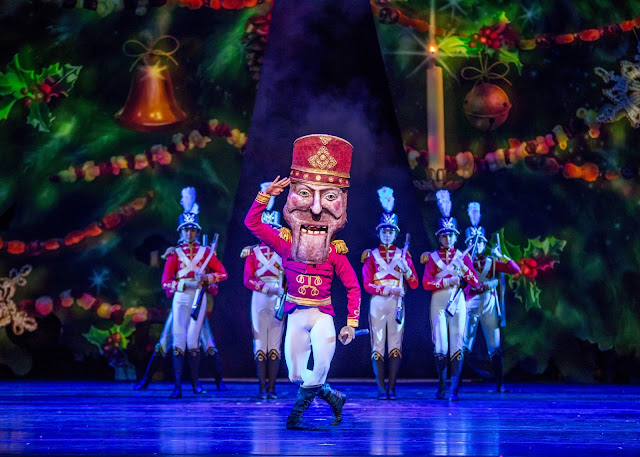 The second act begins as the trio arrives on the shores of the fairgrounds, greeted by the Queen of the Fair, who grants them a dream-like visit among the sprawling attractions. They move from pavilion to pavilion, represented by countries from around the world. As the dream ends, the Fair explodes with light and Marie suddenly awakens to find it is Christmas Day.

The Chicago Philharmonic, led by Joffrey Music Director Scott Speck, provides live accompaniment of the classic score by Peter Ilyich Tchaikovsky for every performance. The full Joffrey company is also joined onstage by over 90 young dancers from the Chicagoland area and young vocalists from four different local children’s choirs. 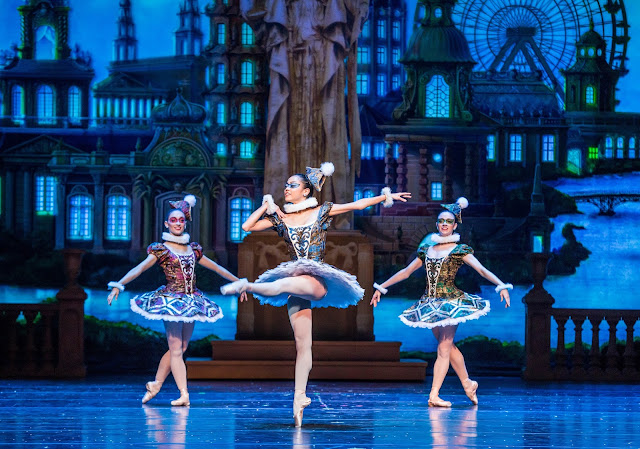 Single tickets, which range from $35 - $165, are available for purchase at The Joffrey Ballet’s official Box Office located in the lobby of Joffrey Tower, 10 E. Randolph Street, as well as the Auditorium Theatre of Roosevelt University Box Office, by telephone at 312.386.8905, or online at Joffrey.org.

About The Joffrey Ballet
Classically trained to the highest standards, The Joffrey Ballet expresses a unique, inclusive perspective on dance, proudly reflecting the diversity of America with its company, audiences, and repertoire which includes major story ballets, reconstructions of masterpieces and contemporary works.

The company’s commitment to accessibility is met through an extensive touring schedule, an innovative and highly effective education program including the much-lauded Academy of Dance, Official School of The Joffrey Ballet, Community Engagement programs and collaborations with myriad other visual and performing arts organizations.

For more information on The Joffrey Ballet and its programs, visit joffrey.org. Connect with the Joffrey on Facebook, Twitter and Instagram.
Posted by Bonnie Kenaz-Mara at 11:13 AM