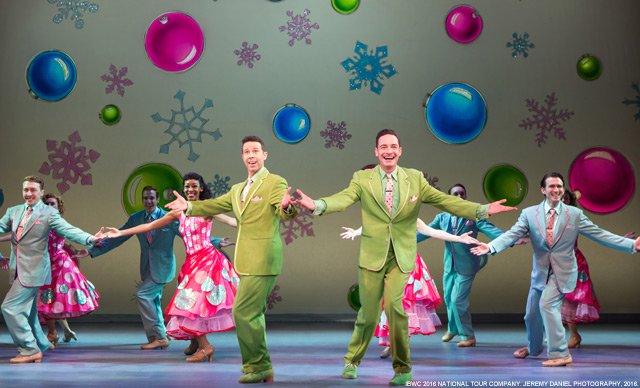 Broadway In Chicago and the producers of IRVING BERLIN’S WHITE CHRISTMAS are delighted to announce full casting for the North American Tour of IRVING BERLIN’S WHITE CHRISTMAS. The stage adaptation of the beloved classic film is coming to Broadway In Chicago’s Cadillac Palace Theatre (151 W. Randolph) this holiday season. Bring your loved ones for a heart-warming celebration of Americana during a limited two-week engagement that runs Nov. 21 - Dec. 3, 2017.

TICKET INFORMATION
Individual tickets for IRVING BERLIN’S WHITE CHRISTMAS at the Cadillac Palace Theatre range from $18-$100 with a select number of premium seats available. Tickets are available now for groups of 10 or more by calling Broadway In Chicago Group Sales at (312) 977-1710.  Tickets are available at all Broadway In Chicago Box Offices (24 W. Randolph St., 151 W. Randolph St., 18 W. Monroe St. and 175 E. Chestnut), the Broadway In Chicago Ticket Line at (800) 775-2000 and online at www.BroadwayInChicago.com.  For more information, visit www.BroadwayInChicago.com. 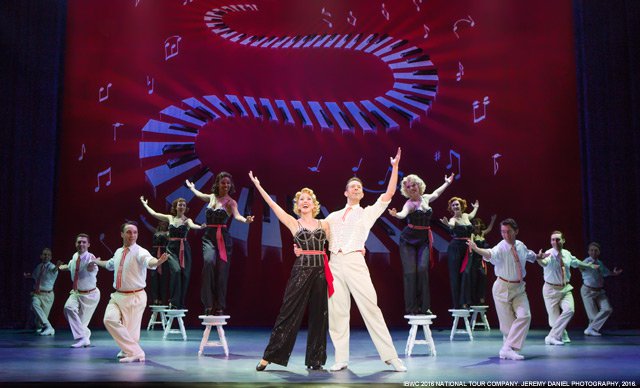 IRVING BERLIN'S WHITE CHRISTMAS tells the story of two showbiz buddies putting on a show in a picturesque Vermont inn, and finding their perfect mates in the bargain.  Full of dancing, romance, laughter and some of the greatest songs ever written, including "Count Your Blessings Instead of Sheep," "Happy Holiday," "Sisters," "Blue Skies," and the unforgettable title song, “White Christmas,” IRVING BERLIN'S WHITE CHRISTMAS promises to be a merry and bright experience for the entire family!

IRVING BERLIN'S WHITE CHRISTMAS is produced by Work Light Productions, whose other credits include the current touring productions of Rent 20th Anniversary Tour, Rodgers & Hammerstein’s Cinderella, Motown the Musical, Something Rotten, and the upcoming tour of Clue.

IRVING BERLIN'S WHITE CHRISTMAS features music and lyrics by Irving Berlin, and is based upon the Paramount Pictures film written for the screen by Norman Krasna, Norman Panama, and Melvin Frank.

CONRAD JOHN SCHUCK (General Waverly). Broadway: Annie with Sarah Jessica Parker, Annie Get Your Gun with Reba and Nice Work If You Can Get It with Matthew Broderick. London: The Caine Mutiny with Charleton Heston. Film: M*A*S*H (Painless), Star Trek IV & VI(Klingon Ambassador), Outrageous Fortune with Bette Midler and Woody Allen’s Curse of the Jade Scorpion. TV: Sgt. Enright in McMillan and Wife with Rock Hudson and recent guest roles in Law and Order and Law and Order SVU.

BELLA YANTIS (Susan Waverly) National Tour Debut! Favorite credits: Horizon Theater, Atlanta; Madeline's Christmas (Madeline), Beauty and the Beast (Belle), Annie (Annie), Suessical the Musical (JoJo). Special thanks to Randy Skinner, WLP, Rochelle Shulman of RKS Management, Binder Casting and family and friends for their support. More than anything Bella would like to thank God for this special opportunity, she is beyond thrilled for this experience!

DARIEN CRAGO (Ensemble) is delighted to be back with her 'White Christmas family' for a third season. Select Credits: Holiday Inn (Broadway), LADY, BE GOOD, PAINT YOUR WAGON (NYC Encores!). Thank you to Randy and love to my family.

LAURIE DIFILIPPO (Ensemble) Laurie DiFilippo is thrilled and beyond grateful to be touring with this incredible cast and crew of IBWC. Favorite Credits: IBWC, Beauty and the Beast (Nat'l Tour), 42nd Street, Crazy For You, Sweet Charity.

ABOUT BROADWAY IN CHICAGO
Broadway In Chicago was created in July 2000 and over the past 17 years has grown to be one of the largest commercial touring homes in the country.  A Nederlander Presentation, Broadway In Chicago lights up the Chicago Theater District entertaining well up to 1.7 million people annually in five theatres. Broadway In Chicago presents a full range of entertainment, including musicals and plays, on the stages of five of the finest theatres in Chicago’s Loop including the Cadillac Palace Theatre, CIBC Theatre, Oriental Theatre, and just off the Magnificent Mile, the Broadway Playhouse at Water Tower Place and presenting Broadway shows at The Auditorium Theatre of Roosevelt University.
For more information, visit www.BroadwayInChicago.com. 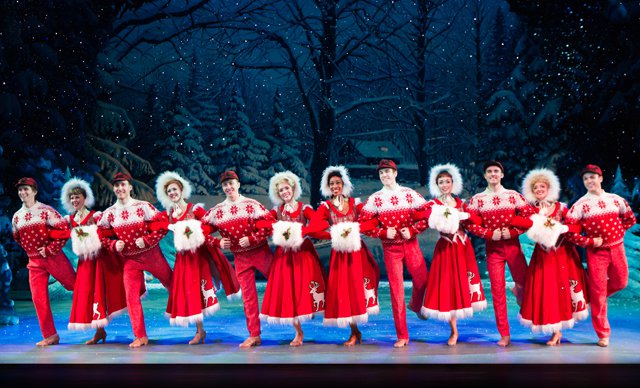 Posted by Bonnie Kenaz-Mara at 9:59 PM