We're giving away 2 Tickets ($44 value) to LEGO® KidsFest at the Indianapolis Convention Center November 7-9th! My kids have adored building with LEGO bricks from toddlerhood to the tween years, and I have fond memories of enjoying hours of creative play with them in my own childhood. We also dig geeking out on LEGO fun facts. Find them interspersed below and blow your friends' minds.

*Fun Facts: LEGO is the contraction of two Danish words, "leg godt" which means "play well". More than 400 billion LEGO bricks have been produced since 1949 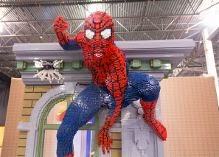 Disclosure: ChiIL Mama is happy to be in the US Family Blogger network. We have been chosen for this promotion and compensated with tickets for our family and our giveaway. As always, all opinions are our own.

Got a LEGO fan of your own? Indy is just a few short hours south of Chicago if you're in the area and up for a road trip. This is the closest LEGO KidsFest is coming to The Windy City. If you're one of ChiIL Mama's Indianapolis, Cincinnati, or closer readers, you're even luckier! Enter today.

LEGO KidsFest is coming to the Indianapolis Convention Center, November 7-9, 2014! LEGO KidsFest brings all of the creative hands-on, minds-on fun of LEGO building and experiences together in one activity- and entertainment-packed family event for children of all ages and builders of all skills and interests.

*Spacey Fun Fact: LEGO minifigures are out of this world, literally. The two Mars Rovers have an image of the LEGO minifigure etched into their front grill & Laid end to end, the number of LEGO bricks sold in a year would reach more than five times around the world. 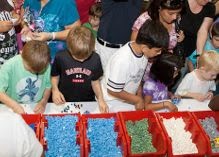 TICKET Giveaway Details:
Click HERE to Enter
One of MY followers will win (2) tickets ($44 value) for the opening night session on Friday, November 7,  2014 (4-8:30pm). I encourage you to LIKE and Follow LEGO KidsFest on Facebook, Twitter and/or Instagram for all the latest ticketing updates as this event has been selling out in prior cities. Must be 18 to enter, 1 entry per day allowed, random drawing by USFG!

Winner will be randomly chosen by USFG on Friday October 17 announced on my Blog and notified via email.

*Fun Fact: The LEGO minifigure represents the world's largest population of people! More than four billion minifigures have been produced in the last 30 years. This is almost 12 times the population of the United States! 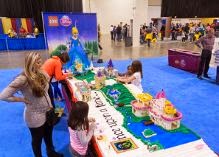 Five identical sessions are available. Tickets are $20 for kids and $22 for adults.

For more information and to purchase tickets click HERE.

*Fun Fact: With a production of about 306 million tires produced a year, the LEGO group is the largest producer of tires in the world. 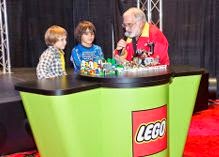 * LEGO Model Gallery: dozens of life-sized models made entirely from LEGO bricks
* LEGO Master Builders: live demonstrations and activities from the crew who get paid to play
* Race Ramps: build a custom car, then race it down the ramp against friends and family
* LEGO Chima: choose a tribe and test battling skills with the whole family
* LEGO Star Wars: build and display a Star Wars model
* Creation Nation: build your own creation to add to a custom map of the U.S.
* LEGO DUPLO: younger visitors can explore imagination through building
* LEGO Retail: purchase LEGO merchandise and official KidsFest tour goods
* Brick Pile: a gigantic pile full of LEGO bricks for creative play and enjoyment
* Monochromatic Builds: bricks of a single color to foster group creativity
* LEGO Friends: build for the five empowered friends from Heartlake City
* LEGO Mindstorms: build and program robots and snakes
* LEGO Ninjago: spin the way to being a Spinjitzu member
* LEGO City: using the imagination to create buildings and vehicles to the urban diorama 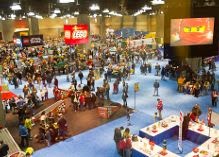 LEGO Systems, Inc. is the North American division of The LEGO Group, a privately-held, family-owned company based in Billund, Denmark, one of the world's leading manufacturers of creatively educational play materials for children. The company is committed to the development of children's creative and imaginative abilities, and its employees are guided by the motto adopted in the 1930s by founder Ole Kirk Christiansen: "Only the best is good enough." Visit the virtual LEGO world at www.LEGO.com. LEGO, the LEGO logo, and DUPLO, are trademarks of the LEGO Group.
2014 The LEGO Group. 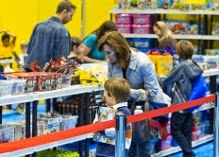 Check out ChiIL Mama like we vote in Chi, IL... early and often. It's rewarding!

Disclosure: Once again, ChiIL Mama is happy to be in the US Family Blogger network. We have been chosen for this promotion and compensated with tickets for our family and our giveaway. As always, all opinions are our own.