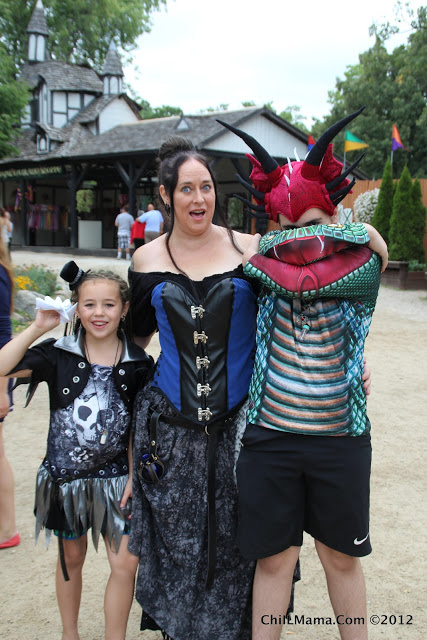 ChiIL out with ChiIL Mama in merry olde England this summer.   Click here to check out loads of our original photo filled past Bristol Renaissance Faire coverage.   The faire has been a hotly anticipated fav of ours for years.   For jousts and jesters, sword fights and silks, turkey legs and tea ceremonies... Bristol has it all!   We can't wait for opening day and we'll have a new photo filled recap for you. 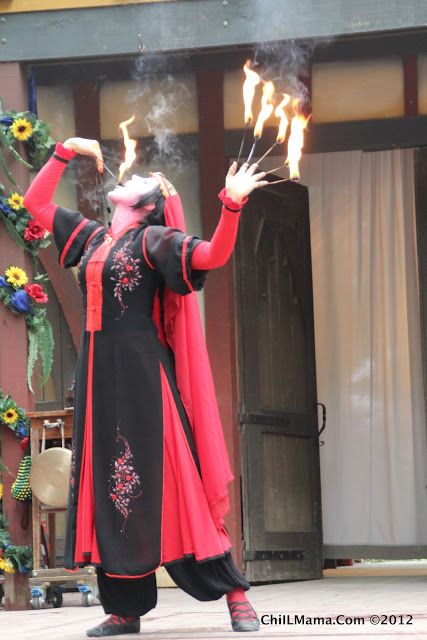 Voted Best Renaissance Faire in the country in 2012, this summer’s 26th annual Bristol Renaissance Faire will open Saturday, July 6, for nine weekends through Labor Day Monday, Sep. 2. While more than 200,000 visitors immersed themselves in the multi-sensory revelry of last summer’s Bristol Renaissance Faire, partaking in an eclectic array of 16th Century arts, games, food, music, comedy and dance that earned top national honors from subscribers of Renaissance Magazine and the Renaissance Festival Podcast, Bristol’s producers were not content to rest on their bum-rolls. This summer’s creative team has again hit it out of the joust yard, with new construction on the 30-acre Faire site, enhanced immersive experiences for patrons, and an A-list of nationally-touring acts and artisans rivaling any season to date.

“Over the past two and a half decades, we have hosted a thousand thrilling jousts, variety performances by the hundreds, trained more than 20,000 actors, and served too many turkey legs and pints of ale to count,” said Linda McFeters, general manager and co-producer of the Bristol Renaissance Faire. “We are committed to building upon the unprecedented history, fantasy,
merriment and spectacle that is the Bristol Renaissance Faire, as we kick off the next 25 years!” 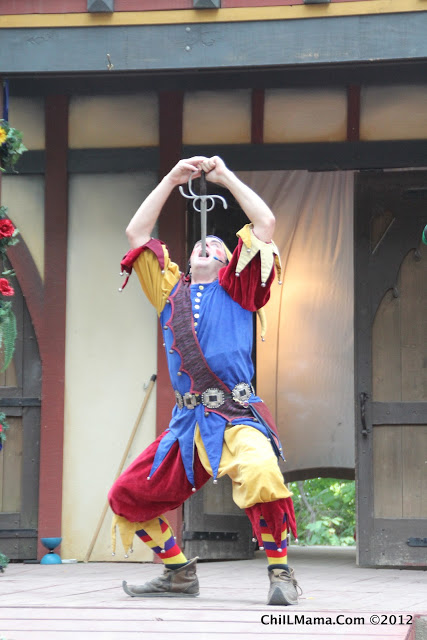 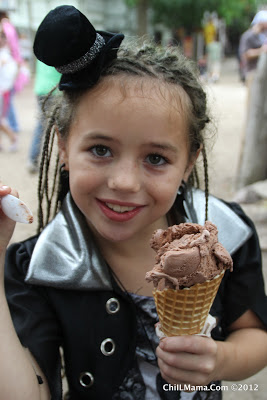 More Kid-Friendly Fun
The Bristol Renaissance Faire is filled with kid-inspired experiences, including more than 30 games and rides, shows that make kids laugh, and special play areas bursting with whimsy and photo-snapping charm. Always entertaining and engaging, Bristol’s Kids Kingdom boasts a climb-aboard pirate ship, giant sandbox, crafts and games activity center, its own theater and a full cast of beloved fairy tale characters. Magic shows, story-telling and interactive role-playing adventures take center stage throughout the day, and at 4:30 p.m., Queen Elizabeth herself shows up in Kids Kingdom for the celebrated Knighting Ceremony, at which she personally dubs all attending children lords and ladies. 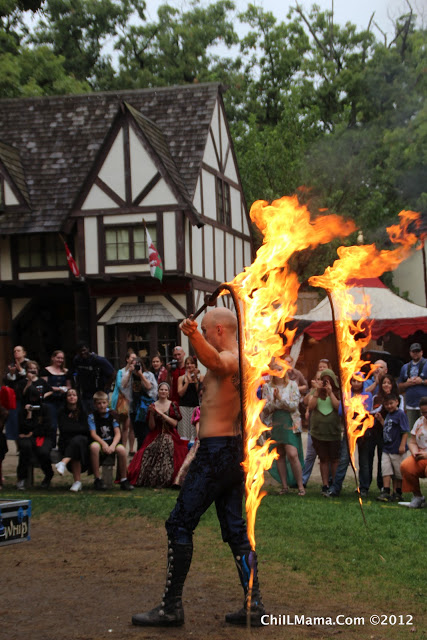 Fire-Whips and Bagpipes
Sixteen Bristol entertainment stages feature nonstop music, merriment, feats of daring and an eclectic assortment of comedic performers who invite their audiences to become part of the act. Joining Faire favorites, including Dirk and Guido, the comedic sword-fighting duo known as “The Swordsmen,” ropewalker, juggler and foolish mortal MooNiE the Magnif’Cent, Guinness World Record-holding fire whip artist Adam Crack, the Barely Balanced acrobatic comedy troupe, and the Sturdy BeggarsTM Mud Show®, will be newcomers Iris and Rose, singing sisters whose bawdy humor promises to have Faire-goers splitting their doublets, and, returning to Bristol for the first time in a number of years, hammered dulcimer virtuoso Glenn Morgan.

Long-time Bristol jousters Steve Cowan (Sir Mauldron) and Matthew Mansour (Sir Maxmillian) will be putting a new twist on the Faire’s most popular spectator sport this summer with ever-changing tests of skill guaranteed to keep man and horse at their competitive peak, and audiences on the edge of their seats. Hard-hitting and exquisitely choreographed, these new stylized jousting exhibitions will take place at various times throughout each Faire day. 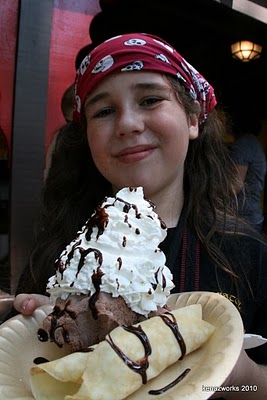 Beyond Turkey Legs
As iconic as a giant, barbecue sauce-slathered turkey leg is to the Renaissance faire experience, Bristol patrons enjoy an extensive, and often unexpected, array of epicurean delights, ranging from Teriyaki chicken to Cornish pasties, and bakery-fresh scones to Italian strawberry gelato dipped in chocolate. New to this summer’s Faire is Shehadeh Mediterranean cuisine, featuring falafel, hummus, baba ganoush, and other vegetarian delicacies.

A large, new coffeehouse will bring specially-blended Old World Italian coffees to the Bristol beverage mix, which includes imported, domestic and non-alcoholic beers and ales, wines and mead, sassafras, lemonade and other popular selections. A perfect complement to the Faire’s new hookah smoking tent, a variety of international sipping beverages, such as Turkish raki, a grape brandy, will be offered for the first time at this summer’s Faire.

Back by popular demand, the annual Bristol Marketplace Weekend is scheduled for Aug. 3-4 this summer. Shoppers spending $200 in one day can show their receipts at the Guest Services Gazebo and receive two free tickets to return to the Faire another 2013 weekend.

Live Action Fantasy-Play
Among the most anticipated events of this summer’s Faire, Bristol’s live action fantasy-play game, RenQuest, will return with an epic conclusion to its Chaos Trilogy. Originating in 2008, RenQuest brings the worldwide popularity of massively multiplayer online role-playing games, like World of Warcraft, into the live action dimension of the Renaissance Faire. The interactive theatrical gaming experience offers players an unprecedented opportunity to experience the Faire through completing quests, honing skills and defeating evil villains. The game spans the entire 30-acre Faire site and employs 30 non-playing characters dedicated to enriching the fantasy experience for patron-players.
**Kids Quests provide the Faire’s younger patrons, ages 5 to 11, with two daily opportunities to embark on their own, age-appropriate adventures. The 30-minute adventures are led by Willow Spellworthy and Astrid Treeswift, and their pet trolls, Stirling and Bucket, as they set out to fight the evil Snifflewort.

Weekends to Remember
Once-a-summer events create special opportunities to enjoy the Bristol Renaissance Faire in new and different ways. Debuting in 2013, Swashbuckler Weekend will unleash a booty of Buccaneer-themed revelry, July 13-14, while Bristol’s nod to ladies night, Wenches Weekend, sets participants on a self-guided wine tasting tour of the Faire, Aug. 10-11. Among notable events returning to this summer’s Faire, Bristol’s third-annual Steampunk Invasion is slated for July 21-22, and the ever-popular “Renaissance Runway” Costume Contest will celebrate all expressions of character couture, from lords and ladies in full Renaissance regalia, to Trekkies and Greek gods, July 27-28.

Steampunk Invasion is one of our family favs!!   We caught the first one ever. 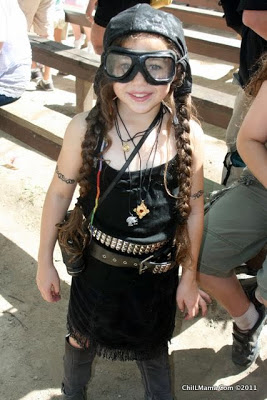 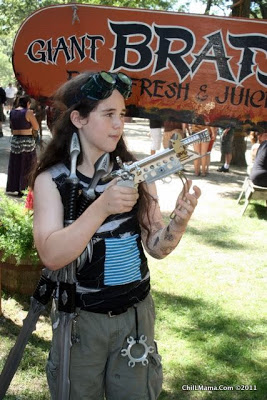 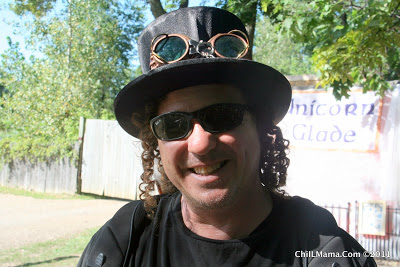