We just watched Nitro Circus on Netflicks on Father's Day (Dad's choice) and everyone enjoyed the extreme tricks. 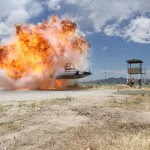 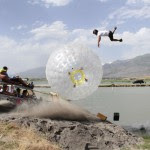 They are doing a LIVE US Tour but so far there's not a visit to Chicago listed.   In the mean time, if you want to see some extreme BMX bike flips and tricks this month you're in luck. 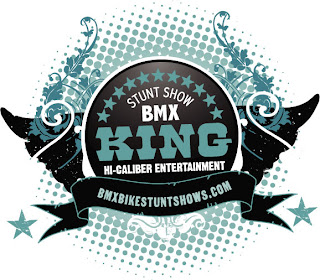 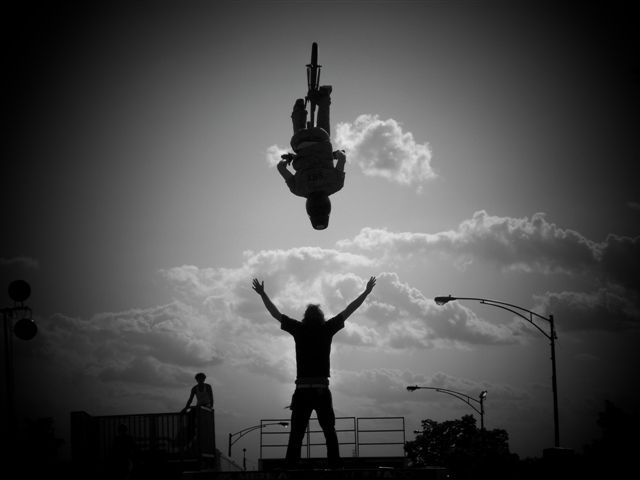 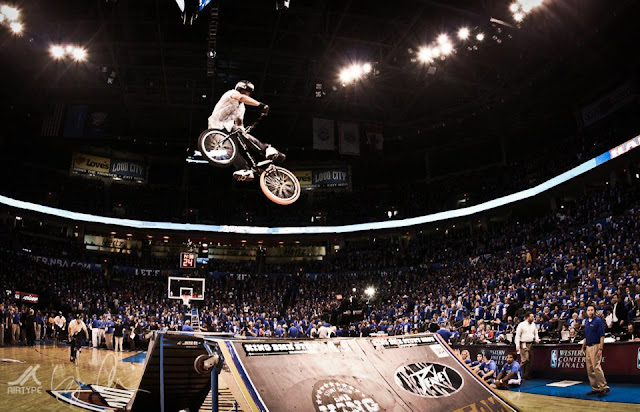 This summer, MB Financial Park at Rosemont will be abuzz with the ultimate in dining, entertainment, charity events, and a free summer music festival.  The Village of Rosemont will host a free, summer-long music festival Rockin’ in the Park that begins June 6, and King BMX Stunt Show rolls into MB Park June 28.

Rockin’ in the Park: Free Summer Concert Series The 2013 Rockin’ in the Park festival will be a summer-long concert series, beginning on Thursday, June 6 and continuing through Thursday, August 15. The festival will feature eleven live bands, fireworks and food and beverage tents on the great lawn in the center of new MB Financial Park at Rosemont.   Throughout June, July, and August, there will be a variety of live music including 7th Heaven, Hi Infidelity, Kashmir, Spazmatics, Arra, Libido, Funk Circus, 16 Candles, American English, Modern Day Romeos, Infinity and Breakfast Club. On June 6, July 3, and August 8, a spectacular fireworks show will directly follow the accompanying music act. Admission is free, parking is free with validation and outside coolers cannot be brought into the park. Thursday, June 20: Kashmir – Seeking to re-create the experience of a 70's Zeppelin show utilizing authentic vintage stage gear, costumes and special effects, Kashmir prides themselves on playing Zeppelin as it was. They only use the equipment from the era with songs reproduced with great respect and admiration for the legendary band."It's not about us, it's about Led Zeppelin.” Thursday, June 27: Spazmatics – Bringing all the awesome sounds, styles and way cool dance steps from the 1980's, the Spazmatics recapture all the best of the worst. Outstanding musicianship combined with creative flair and style makes for an evening of pure energy and entertainment, complete with skinny ties, Brill Creamed-hair and horn-rimmed glasses.

About The Village of Rosemont, Illinois: Rosemont, Illinois, Chicagoland’s business and entertainment suburb, is conveniently located five minutes from O’Hare Airport and twenty minutes from Chicago’s downtown. Rosemont is home to the Donald E. Stephens Convention Center, a wide variety of hotel and dining options, the Allstate Arena, the Rosemont Theatre and a host of entertainment and retail venues including MB Financial Park at Rosemont. Rosemont continues to grow and evolve based on the new vision of Mayor Bradley A. Stephens. The newest addition to the Rosemont community, set to open in August 2013, will be the Fashion Outlets of Chicago For more information visit www.rosemont.com.

About King BMX Stunt Show:King BMX Stunt Shows is a full service BMX entertainment company. Its founder, Kieth King, has been involved with BMX Freestyle since 1985. One of the top stunt shows in the nation, clients range from the NBA, Nascar, IRL, and State Fairs to small town festivals, colleges and high schools as well as shopping malls and company events. King BMX riders have competed at the X Games, Gravity Games and Dew Action Sports Tour, have been featured on Fox Sports and Monday Night Football, and were featured on multiple episodes of the 2012 season of NBC's America's Got Talent (as the American BMX Stunt Team). Videos of their daring performances can be found at youtube.com/user/kingbmxstuntshow.
Posted by Bonnie Kenaz-Mara at 12:39 PM