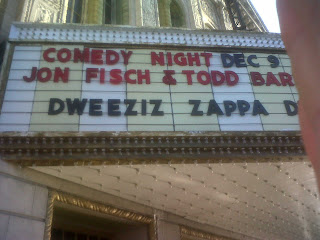 Dweeziz is coming...
I had to laugh at the marquee outside of The Congress Theatre where Dweezil is misspelled on both sides.   Guess that's a risk when you have an....ahem...unusual name. 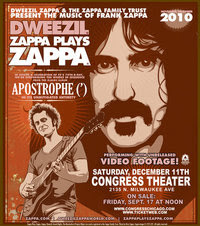 In honor of what would have been his father's 70th birthday, if he hadn't died in 1993, Zappa plays Zappa this Saturday.   But, the 2nd Z in DweeziL's name is the beginning of his last, not the end of his first, people.

Unfortunately The Queers are playing Reggies Rock Club and it's a busy weekend all over town. 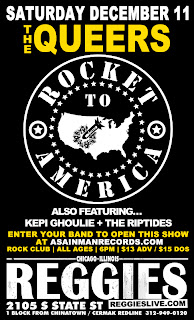 So we're going to miss the show.    I am intrigued, though.    So far, ChiIL Mama has just interviewed musician parents about how their creative work has impacted their parenting and vice versa.   Obviously Frank Zappa's creative work is still impacting his son, even after his death. 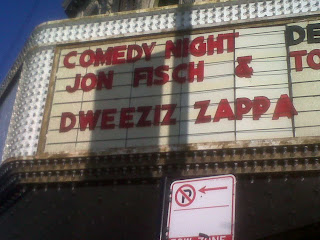 It seemed to be a day destined for misleading signage.   Costco has a huge table full of Blackhawks clothes in a bunch of styles, with multiple signage mislabeled as Red Wings hoodies.   Ouch.   Dweeziz help us all!