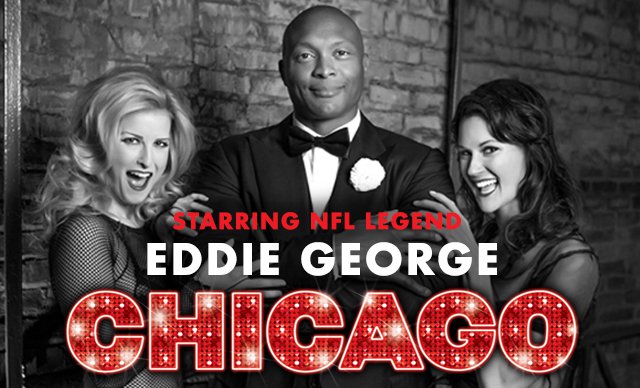 I'll be out for the press opening May 7th, with my 18 year old son, who was in Lane Tech's winter high school production of CHICAGO. My 15 year old daughter was also cast as a featured dancer in CHICAGO at her high school, Taft, this spring. She turned it down to do a paid show with Voice of the City/After School Matters instead, but assisted with choreography and stunting. We're looking forward to catching the latest Broadway tour.

Broadway In Chicago is delighted to announce there will be a digital lottery and rush tickets for CHICAGO, which will play for a limited one-week engagement at Broadway In Chicago’s Cadillac Palace Theatre (151 W. Randolph) from May 7-12, 2019.

The digital lottery will begin May 6 at 9AM, and 26 tickets will be sold for every performance at $25 each. The lottery will happen online only the day before each performance. In addition, a limited number of day-of-show rush tickets will be offered for each performance at $49 each. These will be available at all performances of the run for purchase in-person at the Cadillac Palace Theatre box office beginning when the box office opens daily. Seat locations vary per performance for the digital lottery and day-of show tickets.

HOW TO ENTER THE DIGITAL LOTTERY
· Visit https://www.broadwayinchicago.com/show/chicago-2019/
· Follow the link “Click here for details and to enter the lottery”
· Click the “Enter Now” button for the performance you want to attend.
· Fill out the entry form including the number of tickets you would like (1 or 2). Patrons will receive a confirmation email once they have validated their email (one time only) and successfully entered the lottery.
·After the lottery closes, patrons will be notified via email within minutes as to whether they have won or not.
·Winners have 60 minutes from the time the lottery closes to pay online with a credit card.
·After payment has been received, patrons can pick up tickets at the Cadillac Palace Theatre (151 W. Randolph) no sooner than 30 minutes before show time with a valid photo ID.

DIGITAL LOTTERY ADDITIONAL RULES
Limit 1 entry per person, per performance. Multiple entries will not be accepted. Patrons must be 18 years old and have a valid, non-expired photo ID that matches the names used to enter. Tickets are non-transferable. All lottery prices include a $3.50 facility fee. Ticket limits and prices displayed are at the sole discretion of the show and are subject to change without notice. Lottery prices are not valid on prior purchases. Lottery ticket offer cannot be combined with any other offers or promotions. All sales final - no refunds or exchanges.  Lottery may be revoked or modified at any time without notice. No purchase necessary to enter or win.  A purchase will not improve your chances of winning. 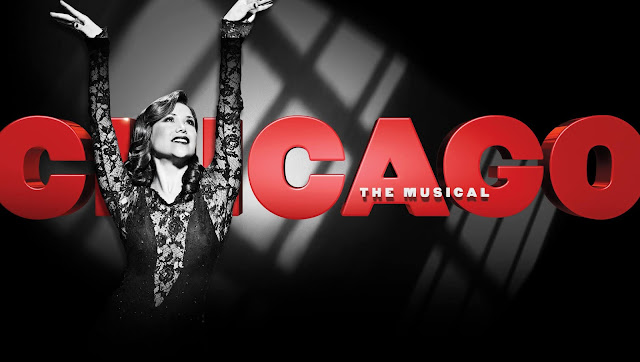 Eddie George joins the tour of CHICAGO following a successful limited engagement in the same role at the Ambassador Theatre on Broadway in 2016. Prior to taking the stage in CHICAGO, Eddie appeared in such works as Matthew Lopez’s The Whipping Man (Nashville Repertory Theatre), Suzan-Lori Parks’ Topdog/Underdog (Amun Ra Theatre) and in the title roles of both Othello and Julius Caesar at the Nashville Shakespeare Festival.

CHICAGO is the #1 Longest Running American Musical and the winner of six 1997 Tony Awards® including Best Musical Revival and the Grammy Award® for Best Musical Cast Recording.

Set amidst the razzle-dazzle decadence of the 1920s, Chicago is the story of Roxie Hart, a housewife and nightclub dancer who murders her on-the-side lover after he threatens to walk out on her. Desperate to avoid conviction, she dupes the public, the media and her rival cellmate, Velma Kelly, by hiring Chicago’s slickest criminal lawyer to transform her malicious crime into a barrage of sensational headlines, the likes of which might just as easily be ripped from today’s tabloids.

The national tour is directed by David Hyslop and choreographed by David Bushman.  Walter Bobbie is the director of the original New York Production and Ann Reinking was the original choreographer in the style of Bob Fosse. CHICAGO features set design by John Lee Beatty, costume design by William Ivey Long, lighting design by Ken Billington and sound design by Scott Lehrer. The production also features orchestrations by Ralph Burns, supervising music direction by Rob Fisher.

CHICAGO is a production not to be missed. And all the reviewers agree. Time Magazine calls it “A Triumph,” Newsweek raves “Smashing” and Entertainment Weekly sums it up by calling CHICAGO “Broadway’s Most Electrifying Show.”

TICKET INFORMATION
Individual tickets are currently on sale and range in price from $30-$95 with a select number of premium tickets available. Tickets are available now for groups of 10 or more by calling Broadway In Chicago Group Sales at (312) 977-1710 or emailing GroupSales@BroadwayInChicago.com.  For more information, visit www.BroadwayInChicago.com.