Celebrating 2019 as the Year of Chicago Theatre, Chicago will continue to produce some of the most exciting work in the country this summer. Offerings from the city’s more than 250 producing theaters feature everything from the latest musicals to highly anticipated world premieres.

For a comprehensive list of Chicago productions including a Summer Theatre Guide, visit the League of Chicago website, ChicagoPlays.com. Half-price tickets are available at HotTix.org or at the two Hot Tix half-price ticket locations: across from the Chicago Cultural Center at Expo72 (72 E. Randolph) and Block Thirty Seven, Shops at 108 N. State. Hot Tix offers half-price tickets for the current week and some performances in advance.

“As we approach the halfway point of the Year of Chicago Theatre, I encourage every Chicagoan and visitor to attend a production by one of our 250 theater companies. This summer, there is a wide range of offerings, including an impressive number of musicals and world premieres. Simply, there is something for everyone,” notes Deb Clapp, Executive Director of the League of Chicago Theatres. 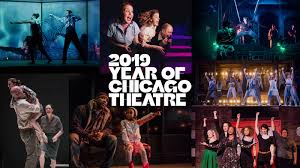 The following is a selection of notable work playing in Chicago throughout the summer:


New works and adaptations include:

Strawdog Theatre Company presents Take Me, a world premiere musical based on a true story. When her husband lapses into a coma, Shelly finds direction from voices she believes are aliens who instruct her to move to Roswell, NM and build an amusement park in their honor before awaiting further instruction. Through June 22, 2019.

Theater Oobleck presents the world premiere of It Is Magic at the Chopin Theatre. A mashup of Macbeth and The Three Little Pigs, It Is Magic is a sorrowful and hilarious meditation on the deep, ancient evil at the heart of the community theater audition process and an investigation into the mysteries of theatre-making itself. Through June 29, 2019.

Come From Away plays at the Cadillac Palace Theatre. The remarkable true story of 7,000 stranded passengers and the small town in Newfoundland that welcomed them. On 9/11, the world stopped. On 9/12, their stories moved us all. Runs July 30 - Aug 18, 2019.

Goodman Theatre presents the classic American musical The Music Man about the charming and charismatic con man Harold Hill who assumes he can easily fleece the citizens of staid River City, Iowa with the grand promise of a marching band. But the smooth-talking swindler can’t tell a trombone from a treble clef—and Marian, the local librarian, knows it. Directed by Mary Zimmerman. Runs June 29 - Aug 4, 2019.

The wives of Henry VIII join forces for an electrifying pop-concert spectacle SIX playing at The Yard at Chicago Shakespeare Theater. The queens take the mic to reclaim their identities out of the shadow of their infamous spouse —remixing 500 years of historical heartbreak into an exuberant celebration of 21st-century female empowerment. Through June 30, 2019.

Teatro Vista and Collaboraction bring back the hit La Havana Madrid at The Den Theatre. La Havana Madrid is an immersive theatre experience, complete with live music, based on the true story of a 1960's Chicago nightclub. It also shares how and why Latinos originally migrated to the shores of Lake Michigan, only to be pushed further west – away from the lake – by the forces of gentrification and racism. Through June 22, 2019.

Marriott Theatre premieres Darling Grenadine about Harry, a charming songwriter whose fanciful view of the world rivals the Technicolor of any MGM classic, as he floats through the kind of Manhattan life that dreams are made of. He suddenly finds himself confronted with the idea that a dream may be exactly what it is. And reality isn't nearly as beautiful. Runs June 26 - Aug 18, 2019.

Drunk Shakespeare plays in a hidden speakeasy located behind The Chicago Theatre. Hilarity and mayhem ensue while the four sober actors try to keep the script on track. Each show is different depending on who is drinking... and what they’re drinking! 21+ only. Open Run.

The Infinite Wrench continues at The Neo-Futurarium with a mechanism that unleashes a barrage of two-minute plays for a live audience. Each play offers something different — funny, profound, elegant, disgusting, topical, irrelevant, terrifying, or put to song. Open Run.

Grinning from Fear to Fear runs at The Second City e.t.c. From psycho killers to big pharma, coming out to your family to coming undone in your nightmares, The Second City's fearless force of comedy commandos takes on everything that makes us all unfalteringly unique. Open Run.

Something Clean opens in a co-production with Sideshow Theatre and Rivendell Theatre at Victory Gardens Theater. This breathtaking new drama follows one woman’s struggle to make sense of her own grief, intimacy, culpability, and consent. Runs June 16 - July 21, 2019.

Windy City Playhouse’s The Recommendation opens presented in an immersive style, as audiences are invited to (literally) walk a mile in these young men's shoes. This psychological thriller follows two friends through the trials and tribulations of life and tests just how far they will go to get what they want. Runs July 2 - Sept 22, 2019.

Definition Theatre premieres Ethiopianamerica. If the American dream is a privilege, not a right, then Girma and Elizabeth Kifle have truly earned it. After emigrating from Ethiopia to the United States with nothing, the couple is poised to send their eldest son to college. But the ghosts of the life they left in Ethiopia threaten to destroy their American dream before it starts, and the Kifle sons reckon with being American in Ethiopian bodies. Through June 9, 2019.


Other notable works include:

Chicago Shakespeare Theater continues one of our city’s favorite summer traditions! Now in its eighth year, the FREE FOR ALL Chicago Shakespeare in the Parks tour heads out to neighborhood parks across the north, west, and south sides of the city with a 75-minute abridged production of Shakespeare’s hilarious The Comedy of Errors for families and neighbors of all ages. Runs July 18 – August 18, 2019.

Teatro ZinZanni and Broadway In Chicago open Love, Chaos, and Dinner at Spiegeltent ZaZou in the Cambria Hotel. Enter a realm where reality and dreams converge — an experience unlike any other! Teatro ZinZanni is a whirlwind of international cirque, comedy, and cabaret served with a multi-course feast. Begins July 18, 2019.

Cirque du Soleil’s VOLTA plays at Soldier Field. A captivating voyage of discovery that showcases never-before seen under the Big Top acrobatics in a visually striking world. Through July 6, 2019.

About Chicago Theatre
Chicago theatre is the leader in the U.S. with more than 250 theaters throughout Chicagoland, comprising a rich and varied community ranging from storefront, non-union theaters to the most renowned resident theaters in the country, including 5 which have been honored with Regional Tony Awards, and the largest touring Broadway organization in the nation. Chicago’s theatres serve 5 million audience members annually and have a combined budget of more than $250 million. Chicago produces and/or presents more world premieres annually than any other city in the nation. Last year alone Chicago theatre companies produced more than 100 world premiere productions and adaptations. Each year Chicago theatres send new work to resident theaters across the country, to Broadway, and around the world. 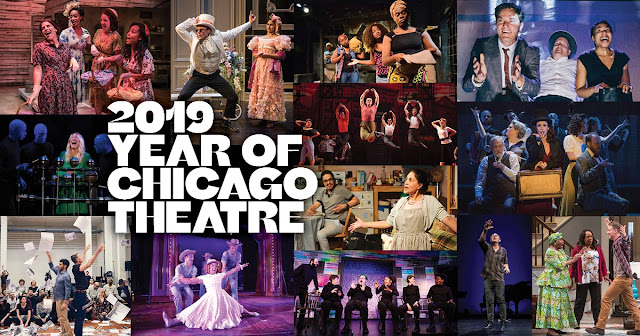 About 2019 Year of Chicago Theatre
The Year of Chicago Theatre is presented by The City of Chicago and the League of Chicago Theatres. To truly fall in love with Chicago, you must go to our theatres. This is where the city bares its fearless soul. Home to a community of creators, risk-takers, and big hearts, Chicago theatre is a hotbed for exciting new work and hundreds of world premieres every year. From Broadway musicals to storefront plays and improv, there’s always a seat waiting for you at one of our 200+ theatres. Learn More: https://chicagoplays.com/year-of-chicago-theatre/

For a comprehensive list of Chicago productions, visit the League of Chicago Theatres website,  ChicagoPlays.com. Half-price tickets to the current week’s performances as well as future performances are available at HotTix.org and at the two Hot Tix half-price ticket locations: across from the Chicago Cultural Center at Expo72 (72 E. Randolph) and Block Thirty Seven (108 N. State).

Posted by Bonnie Kenaz-Mara at 2:08 PM