BLACK ENSEMBLE THEATER TO OPEN
WOMEN OF SOUL
(WITH A TRIBUTE TO THE QUEEN)
WRITTEN AND DIRECTED BY DARYL D. BROOKS 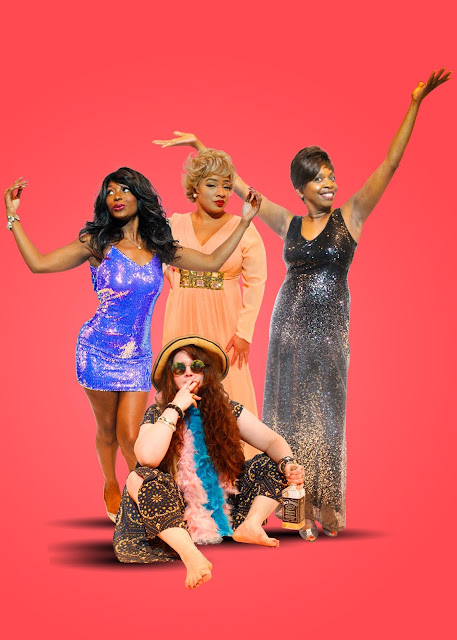 
Black Ensemble Theater has long been a favorite of ours at ChiIL Live Shows and ChiIL Mama. They're a true Chicago treasure with original productions and world class talent on stage. I'll be out for the Press Opening of Women of Soul, (With a Tribute to the Queen) on October 28th, so check back soon for my full review.

Women of Soul guides pays tribute to some of the most powerful women in soul music, including Chaka Khan, Diana Ross, Tina Marie, Natalie Cole, Janis Joplin—and a special tribute to Aretha Franklin, just to name a few. This show takes a look at the struggles and the triumphs these women went through to reach the pinnacle of their success. The production of Women of Soul is written and directed by Daryl D. Brooks, whose hits with Black Ensemble include Men of Soul in 2015.

The Black Ensemble Theater is also selling the Five Play Card which allows the holder to see 5 plays or bring five friends to one play or any combination of 5. The Five Play Card is a great deal at $225 which represents a significant savings of $20.00 per full price ticket.   For more details or to purchase a Five Play Card contact the box office at 773-769-4451.

Ticket prices: $45 Previews
$55 on Thursdays and Saturday matinees;
$65 on Fridays, Saturday evenings and Sunday matinees
A 10% discount is available for students, seniors, and groups.
Box Office:  Buy online at www.blackensemble.org or call (773) 769-4451

Posted by Bonnie Kenaz-Mara at 3:50 PM

Email ThisBlogThis!Share to TwitterShare to FacebookShare to Pinterest
Labels: Black Ensemble Theater, opening, Shows on our radar, Theatre Chicago, WOMEN OF SOUL, WOMEN OF SOUL (WITH A TRIBUTE TO THE QUEEN)