Don’t miss ANT-MAN AND THE WASP on Blu-ray and Digital everywhere now! 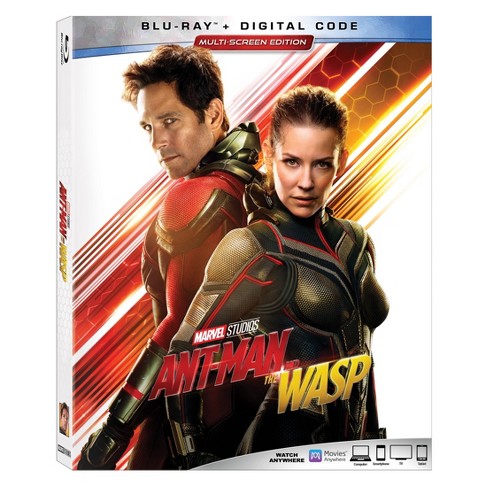 Evangeline Lilly, who transforms into The Wasp,
is the first female character to be featured in the title treatment
of a Marvel Studios film!

MARVEL STUDIOS
“ANT-MAN AND THE WASP”
WATCH INSTANTLY ON DIGITAL OCT. 2 AND ADD TO YOUR BLU-RAY™ COLLECTION OCT. 16

For those in the Chicagoland area…

For a limited time, you can have your photo taken against a custom ANT-MAN AND THE WASP #WaspWings wall at Best Buy Schaumburg, located at 900 E Golf Rd, Schaumburg, IL 60173. Include #BestBuyXTheWasp, @BestBuy, and #WaspWings in your social posts. 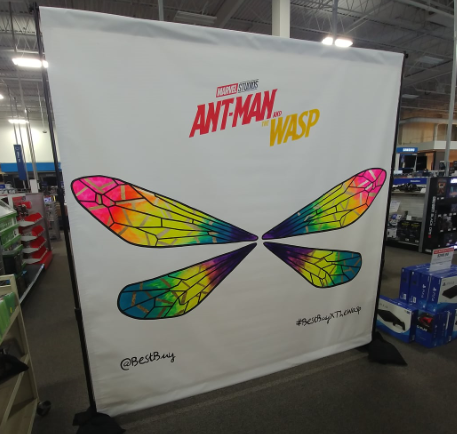 Exclusive Blu-ray and Digital extras include an up-close look at the making of the film, the tiniest Super Heroes in the world’s biggest film franchise, commentary, deleted scenes and more!

Moviegoers are still buzzing about Marvel Studios’ “Ant-Man and The Wasp,” the follow-up to 2015’s “Ant-Man” and the 20th consecutive Marvel Cinematic Universe film to debut at No. 1 opening weekend and ranked in the box office top 10 for six consecutive weeks this summer. On Oct. 2, fans can instantly watch the laugh-out-loud super hero adventure Digitally in HD and 4K Ultra HD™, and on Movies Anywhere; and on Oct. 16, take it home on Blu-ray™ and Blu-ray 4K Ultra HD™.

Exclusive extras provide an inside look at some of Marvel Comics’ most celebrated characters and the consummate, comedic actors who portray them in “Ant-Man and The Wasp.” Featurettes spotlight Paul Rudd, who returns as good-hearted thief turned hero, Scott Lang, and delivers big laughs both on set and in theaters; Evangeline Lilly, who transforms into The Wasp, the first female character to be featured in the title treatment of a Marvel Studios film; and iconic actors Michael Douglas and Michelle Pfeiffer as super couple Hank and Janet Van Dyne.  Viewers can explore more about the visual development artists and effects used to bring the characters to life and drastically alter the size of the Super Heroes and their surroundings. Additional extras include deleted scenes, bloopers, outtakes, and audio commentary by “Ant-Man” franchise director Peyton Reed.
Posted by Bonnie Kenaz-Mara at 11:49 AM