THE HOUSE THEATRE OF CHICAGO
CONTINUES ITS HOLIDAY TRADITION AND ANNOUNCES CASTING FOR THE ANNUAL FAMILY-FRIENDLY, BALLET-FREE ADAPTATION OF THE HOLIDAY CLASSIC
THE NUTCRACKER,
NOVEMBER 8 – DECEMBER 30,
AT THE CHOPIN THEATRE 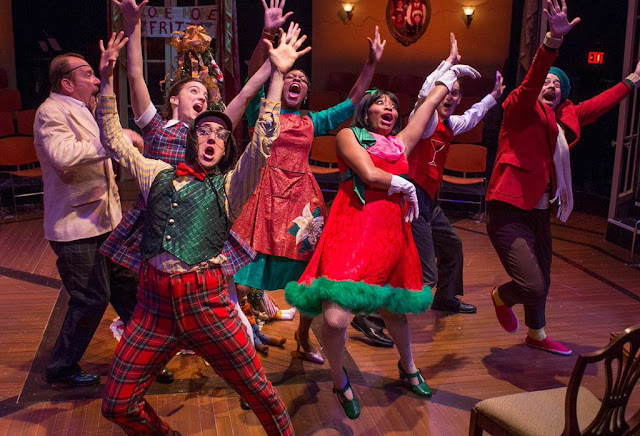 The House Theatre of Chicago brings back the hit holiday production with its annual engagement of The Nutcracker, an all-original, ballet-free and family-friendly production playing at The Chopin Theatre upstairs theatre, 1543 W. Division, November 8 – December 30. Company Members Jake Minton, Phillip Klapperich, Kevin O’Donnell and Tommy Rapley created the adaptation based on E.T.A. Hoffmann’s story with original direction and choreography by Tommy Rapley. Previews take place Thursdays, November 8 and 15, Friday, Nov. 10 and Saturday, Nov. 11 at 7 p.m. and Sunday, Nov. 9 at 6 p.m. The press opening is Friday, Nov. 16 at 7:30 p.m. The regular performance schedule is Thursdays and Fridays at 7:30 p.m., Saturdays at 3 p.m. and 7:30 p.m., and Sundays at 2 p.m. with an added Sunday 6 p.m. performance on December 9, 16 and 23. Note: There are no performances on Nov. 9 or 17 and there are additional added performances on Friday, Nov. 23 at 3 p.m., and Wednesday, Dec. 19.

Preview tickets are $20 with regular run tickets $30 – $50. Student and industry same-day discounted tickets are available for $20 for all dates, based on availability. Tickets may be purchased by calling 773.769.3832 or by visiting www.thehousetheatre.com.