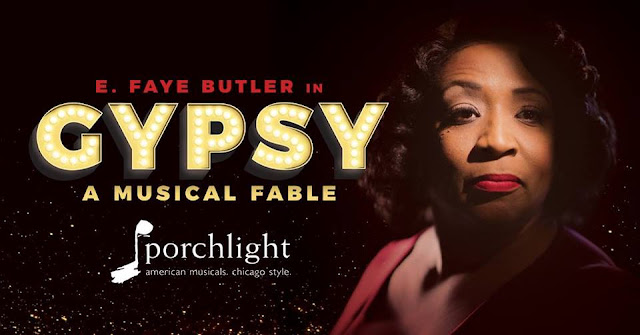 
We're beyond excited here at ChiIL Mama and ChiIL Live Shows to see Chicago’s incomparable E. Faye Butler as Rose in Gypsy! This is sure to be a fall "must see". We can't wait for Porchlight Music Theatre’s Mainstage kick off at Ruth Page Center for the Arts, where they remain as an an Artist In-Residence company. Porchlight Music Theatre has long been a favorite of ours for world class productions and showcasing Chicago's immense talent. They truly live up to their mission statement of reimagining classic productions, developing new works and showcasing musical theatre’s noted Chicago veterans and rising stars.

Single tickets are $20 – $66 and are on sale now as are subscriptions to the entire Mainstage season including Gypsy, A Gentleman’s Guide to Love & Murder and A Chorus Line at PorchlightMusicTheatre.org or by calling the Porchlight Music Theatre box office, 773.777.9884.

Chicago’s E. Faye Butler adopts the mantle of Broadway’s legendary “stage mother” in this thrilling and heart-wrenching story of a woman who raises her daughters to assume the heights in the world of show business, whether they want to or not. Gypsy has been called by many (including The New York Times critic Ben Brantley) the greatest of all American musicals and is loosely based on the 1957 memoir of famous striptease artist Gypsy Rose Lee, entitled Gypsy: Memoirs of America’s Most Celebrated Stripper. The musical features songs that have become standards of the musical theatre canon, including “Some People,” “Let Me Entertain You,” “Together, Wherever We Go” and the show stopping, “Everything’s Coming Up Roses.”

ABOUT MICHAEL WEBER, director
Michael Weber is the artistic director of Porchlight Music Theatre where, under his leadership, the company has received the Best Production Equity Jeff Award for five consecutive years. He previously served as artistic director for the inaugural season of Drury Lane Theatre Water Tower Place (now The Broadway Playhouse) and at Theatre at the Center (1998 – 2004). He recently appeared on stage in Porchlight Music Theatre’s Porchlight Revisits Do Re Mi and directed Merrily We Roll Along. His productions of  End of the Rainbow, Sweeney Todd, A Funny Thing Happened on the Way to the Forum, Pal Joey, Assassins and Side Show at Porchlight Music Theatre, Grand Hotel at Drury Lane Theatre Water Tower Place and She Loves Me at Theatre at the Center were each nominated for the Joseph Jefferson Award for Best Production. Directing credits include Living the History-125 Years of The Auditorium Theatre starring Patti LuPone and John Mahoney, Fifth of July and Talley’s Folly at the Oak Park Festival Theatre, The Petrified Forest at Theatre at the Center, Beauty and the Beast at Marriott Theatre, Over the River and Through the Woods at The Mercury Theater and Cirque du Symphony at Sears Center Arena. The recipient of two Joseph Jefferson Awards, he has written and directed the past twelve Joseph Jefferson Awards ceremonies. Weber’s regional acting credits include Annie Get Your Gun and Gypsy (both starring Patti LuPone) at Ravinia, Disney’s My Son Pinocchio at First Stage Milwaukee, Around the World in 80 Days at Cleveland Playhouse, The Winter’s Tale and Henry V at Chicago Shakespeare Theatre, It Had To Be You (starring Cindy Williams and Eddie Mekka) at Little Theatre on the Square and The Gifts of the Magi at Indiana Repertory. Weber is proud to serve as a pledge host on WTTW, Channel 11.

ABOUT DAVID FIORELLO, music director
David Fiorello returns to Porchlight, where he has music directed many productions and special events including the Porchlight Revisits productions Do Re Mi and Woman of the Year, Chicago Sings: Sinatra & The Rat Pack and the 2017 – 2018 and 2016 – 2018 New Faces Sing Broadway seasons. He recently appeared in Porchlight’s Merrily We Roll Along as “Joe Josephson.” Fiorello has been in Chicago since 2010, when he moved from the East Coast to music direct and vocal coach at Northwestern University’s Music Theatre Certificate Program. He served as music director for the Off-Broadway hit Danny & Sylvia: The Danny Kaye Musical, and has toured nationally and internationally with several productions, including John Doyle’s re-imagining of Sweeney Todd, as music director. Fiorello has worked in Chicago with Chicago Shakespeare, The Marriott Theatre and many others. A director, music director, performer, writer, arranger and show doctor, he has helped guide new works to development and world premieres in Chicago, at New York Musical Festival and several premieres in the United Kingdom. He has written and collaborated on several original pieces, including the musical The Language or the Kiss, a musical featuring the music of The Indigo Girls, that he conceived, wrote the book and starred in for many Off-Broadway industry readings. 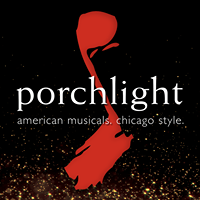 Ms. Butler’s performance is sponsored by Michael and Mona Heath.

The season program is partially supported by a grant from the Illinois Arts Council Agency, a state agency, and by a CityArts Grant from the City of Chicago Department of Cultural Affairs & Special Events.
Posted by Bonnie Kenaz-Mara at 12:50 PM