SAVE THE DATES: THE NEO-FUTURISTS UPCOMING 2016-17 PROGRAMMING ANNOUNCED 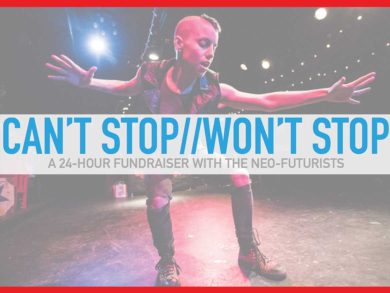 I first saw The Neo-Futurists back in 1990, on a weekly basis at Live Bait Theatre, which was walking distance from my first Chicago apartment in Uptown. Back then we cued up outside early to get a coveted spot in the tiny theatre, and they passed out playing cards that equaled their audience capacity. When they sold out (which was every show), they ordered out -- pizza, which generally arrived just as the 60 minute show ended. Admission was the roll of a die, so an affordable $1-$6. Those were fun times and fond memories. The Neo-Futurists pioneered this wacky new form of theater in 1988, launching what became Chicago’s longest running show, Too Much Light Makes the Baby Go Blind, now in its 28th year.

From humble beginnings as the first late-night theater production in Chicago, The Neo-Futurists have grown to become one of the most highly regarded experimental theater companies in America. More than 70 Ensemble-alumni have added thousands of new works to the American theatre canon and today branches bring Neo-Futurism to both coasts in New York City and San Francisco.

Their 2016-17 Season, which includes three world premieres, multiple in-process initiatives and a 24-hour party. Can’t Stop//Won’t Stop: A 24-Hour Fundraiser with The Neo-Futurists launches the 28th season with local bands and pop-up performances, all benefitting the company’s 2016-17 season and programs.

The 28th season includes three full-length Prime Time productions: Saturn Returns created by Tif Harrison; The? Unicorn? Hour? created by Leah Urzendowski and Anthony Courser and The Food Show created by Dan Kerr-Hobert and Caitlin Stainken. The company continues its Neo-Lab residency, presenting Kirsten Riiber’s Tangles and Plaques. In addition to beginning the 28th year of Chicago’s longest running show, Too Much Light Makes the Baby Go Blind, The Neo-Futurists expand their recurring storytelling performances with The Arrow, created by Kurt Chiang and Lily Mooney and explore a new Neo-structure through Nick Hart’s The Infinite Whale. All season events are held at The Neo-Futurarium, 5153 N. Ashland (at Foster) in Andersonville, unless otherwise noted. 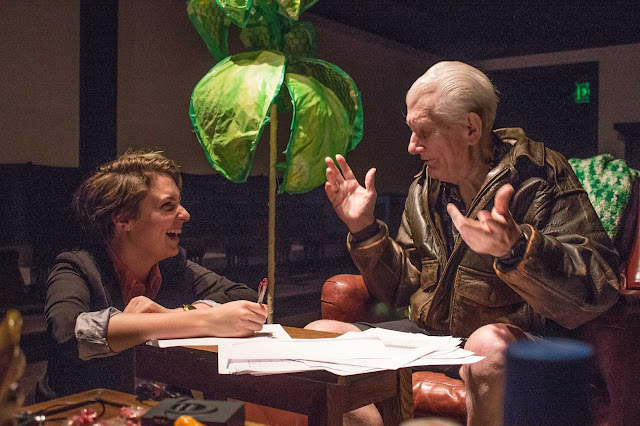 Tangles & Plaques is a play about the life and death of memories; the ways they persist, the ways they depart and the various ways they distort over time. Driven by live memory games, improvisation and scene deconstruction, the show functions as a machine that creates, warps and loses memories, with the input and participation of the audience. Interviews with a local artist who is currently living with dementia will inform what it means to have a memory taken from us without warning and what remains after a memory is lost. Tangles & Plaques attempts to demystify the experience of dementia in the language of theatre— offering a vivid, poignant, participatory experience that is unique to each audience and different every night.

The Neo-Futurists launch their 28th Season with their benefit Can’t Stop//Won’t Stop: a 24-hour fundraiser jam packed with pop-up performances, local bands and DJs and a Neo-Futurist ensemble creating a brand-new Too Much Light throughout the night. The sun-down to sun-up to sun-down marathon invites audiences to stay up all night by joining Team 24 or to purchase tickets for just their favorite acts. Team 24 tickets for the full 24-hour event include entry to the final performance of Too Much Light: 30 Plays in 60 Minutes MADE IN 24 HOURS.  In addition to sponsorships and single tickets on sale, the entry fee can be raised via the peer-to-peer fundraising website Crowdrise, the world’s largest and fastest growing fundraising platform, allowing everyone to access the event and fundraise with the Neos.

Neo-Lab’s inaugural commission during the 2015-16 Season, Saturn Returns is a two-year Neo-Futuristic exploration that asks larger existential questions about time, patience and the vast expanse of an unknowable universe. Not content simply with looking inward, Tif Harrison and ensemble look upward and outward, offering observations on the silence and solitude of space, on the uncrossable distances between celestial bodies and the intimacy of standing next to somebody you love.

In a world where hate and anger prevail. Where lines between the dark and light can be broken, where night lights are needed to sleep. Where closet doors are shut. Where monsters lurk under the bed. In a world of death and destruction, one creature, and one creature alone can bring joy and adventure. One creature can light the dark corners and glow in the deepest of fogs. One creature, whose single horn can heal sickness and cure disease, whose majestic body glides through the woods, uncaught, spreading laughter to all who seek him. One creature who will save the world. One hour? at a time. Come and see what it is to fight against the no, to find your inner rumpus, to remove the film and seek the beauty that is saying yes to an unbridled lifting of spirit. 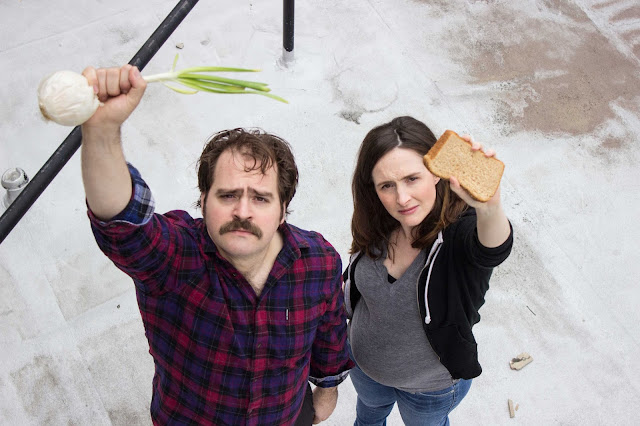 The Food Show asks what it means to change a family recipe. Created by Kerr-Hobert and his cousin Caitlin Stainken, a Neo-Futurist alum, the performance explores how food brings us together and sets us apart, amidst a backdrop of their family's culinary inheritance and an ensemble of six writer-performers' own stories. Using the structure of a nine-course fine Italian meal, The Food Show honors the traditions of our past and acknowledges our impact on the environment as each generation decides what parts to keep and what parts to throw away. Farmers, restaurateurs, writers, musicians, and audiences come together to experience the common thread of food and memory in American culture.

ONGOING EVENTS AND PERFORMANCES
Too Much Light Makes The Baby Go Blind: 30 Plays in 60 Minutes
Created by Greg Allen, Written by The Neo-Futurist Ensemble
Fridays and Saturdays at 11:30 p.m.; Sundays at 7 p.m.
Every weekend except December 16-18 and 23-25
Best of performances December 2-4 and 9-11
Tickets at the door: Cash only, $9 plus the roll of one six-sided die ($10-15)
Advance tickets: $20 with a $1-6 cash rollback; tickets online at www.neofuturists.org

Too Much Light Makes the Baby Go Blind is The Neo-Futurists’ never-ending, ever-changing attempt to perform 30 plays in 60 minutes. The Neo-Futurists' signature show, now in its 28th year, is the longest-running production in Chicago history. 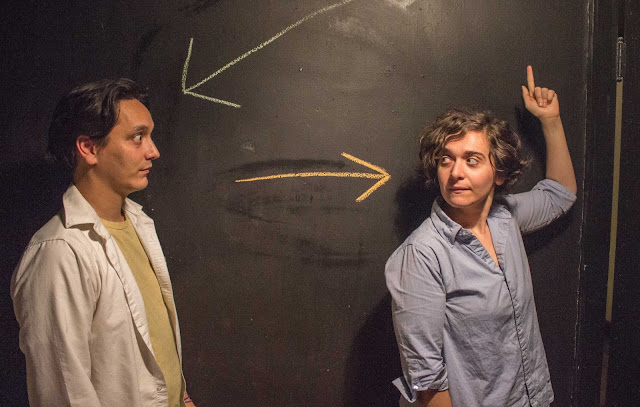 NeoFuturists_TheArrow: (L to R) Kurt Chiang and Lily Mooney. Photo by Will Sonheim.

Moving into its second year, The Arrow is an innovative storytelling show that subjects written essays to spontaneous interventions. Combining elements of Neo-Futurism, essay reading, improvisation, live lit, and theatrical experiment, The Arrow is a continuing attempt to show dynamic, honest interactions between the people on stage before a live audience. The shows will always be different, and performers will be featured from a variety of disciplines in writing and performance.

Using The Neo-Futurists aesthetic, an ensemble writes an infinite number of experimental plays, each one infinitely long and performs them simultaneously in encroaching darkness.

The Neo-Futurists
The Neo-Futurists, performers of Too Much Light Makes The Baby Go Blind and creators of over 65 original, full-length productions, are a collective of wildly productive writer-director-performers who are committed to creating immediate, non-illusory, irreproducible events at head-slappingly affordable prices. The Neo-Futurists pioneered a new form of theater in 1988, launching what became Chicago’s longest running show, Too Much Light Makes the Baby Go Blind, now in its 28th year. From humble beginnings as the first late-night theater production in Chicago, The Neo-Futurists have grown to become one of the most highly regarded experimental theater companies in America. More than 70 Ensemble-alumni have added thousands of new works to the American theatre canon and today branches bring Neo-Futurism to both coasts in New York City and San Francisco.

The Neo-Futurists are partially supported by grants from Alphawood Foundation Chicago, Bloomberg Philanthropies, The Chicago Community Trust, a CityArts Grant from the City of Chicago Department of Cultural Affairs & Special Events, The Field Foundation of Illinois, Gaylord and Dorothy Donnelley Foundation, The MacArthur Fund for Arts and Culture at The Richard H. Driehaus Foundation, and The National Endowment for the Arts.

Email ThisBlogThis!Share to TwitterShare to FacebookShare to Pinterest
Labels: 2016-17 season announced, 24-Hour Fundraiser with The Neo-Futurists, Can’t Stop//Won’t Stop, Neo-Futurists, save the dates, THE? UNICORN? HOUR?, Too Much Light Makes The Baby Go Blind