Last call for one of our favorite fam friendly shows currently running!

We had a chance to catch Mr. Chickee's Funny Money waaaay back on opening night, and we've been raving about it ever since.  We loved it. Chicago Children's Theatre has long been one of our favorites, for family friendly shows for toddlers to tweens.  We're excited that they're cooking up plans for productions skewed toward older kids now too. 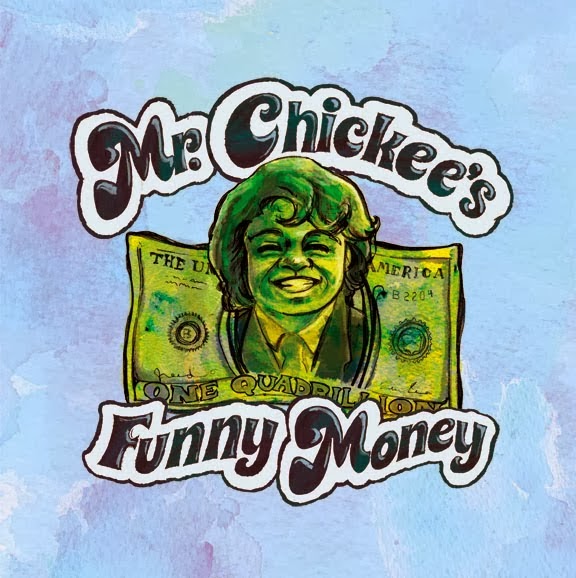 Basic Story:
Chicago Children’s Theatre is not just for little kids.  Mr Chickee’s Funny Money has action, big numbers, big dogs and government agents, and appeals to older kids and adults too.  Little kids might not know who James Brown is… but they should. 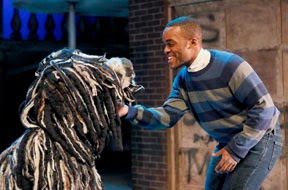 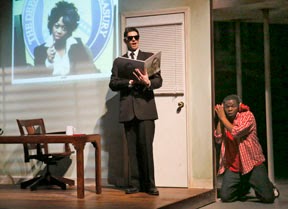 Photo credit for all:  Charles Osgood unless otherwise noted


The original book was funnier—the humorous parts were better.  But this play really helps you visualize the story and brings it to life on stage.  We liked the giant, shaggy dog costume, and that the girl is the smartest kid in the play, and even more of a major character than in the book.  We were sad they didn’t include the funny, talking dictionary.  They had a live band and the music was good.  They played a huge variety of styles. 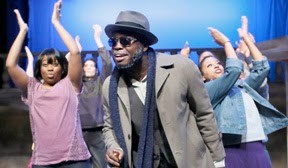 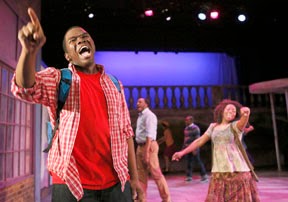 Our Take:
Mr. Chickee’s funny money is a lesson about money and greed making people crazy.  Friends are important to everyone.  Get to know your neighbors and help them out.  They might have a quadrillion dollar bill for you, or at least some interesting stories. Children would find Mr. Chickee funny… well everyone would find it funny actually.  We greatly liked it and highly recommend it. 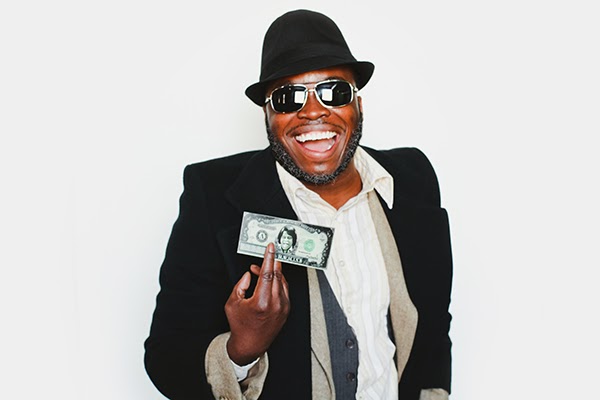 About Sage & Du's Reviews Launch
My kids have been immersed in the Chicago theatre scene their entire lives. Now at 10 & 12 they're still able to enjoy our city's stellar children's theatre offerings, but they've also become my go to +1's for big budget Broadway in Chicago spectacles, edgy storefront fare, and thought provoking dramas at Goodman, Steppenwolf and beyond.
Though they've been my silent partners for years, they've recently been inspired by Ada Grey to speak up and take an active role in our reviews for ChiIL Mama.   I'll still be writing reviews, too, but they will have space for their own unique voices too.   So check back with ChiIL Mama like we vote in Chi, IL... early and often.   Sage & Du's Reviews (a kids' eye view) will be a regular feature!

About Mr. Chickee’s Funny Money
Via Chicago Children's Theatre
This world premiere R&B musical is adapted from the best selling young adult book Mr. Chickee’s Funny Money by Christopher Paul Curtis, who also penned Bud, Not Buddy, the Newbery Award-winning book and critically acclaimed CCT world premiere earlier this season. The story follows 10-year-old Steven, a self-proclaimed spy and president of the “Flint Future Detectives Club.” At the heart of this whimsical story is a highly intelligent, out-of-the-box thinker and entrepreneurial boy who discovers that family, friends, imagination and determination are the true keys to success; and sharing the spotlight with others can make one even richer.

This all new rhythm and blues musical grooves to original songs by Motown legend Lamont Dozier (who wrote or co-wrote hits like “Stop! In the Name of Love,” “How Sweet It Is,” “Reach Out I’ll Be There,” “Where Did Our Love Go,” and more) with additional music and lyrics by his son Paris Dozier.  Director Derrick Sanders staged CCT’s recent world premiere hits Bud, Not Buddy and Jackie and Me.

-The run time is approximately 75 minutes with no intermission. -If you have special seating accommodations, please inform the Box Office 72 hours before the performance. -Tickets can be purchased at the Box Office one hour prior to performances with no additional fees. 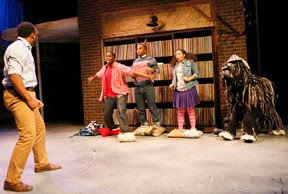 If you are not reading this on ChiILLiveShows or your RSS reader, then it's been plagiarized and stealing sucks!
Posted by Bonnie Kenaz-Mara at 11:41 AM