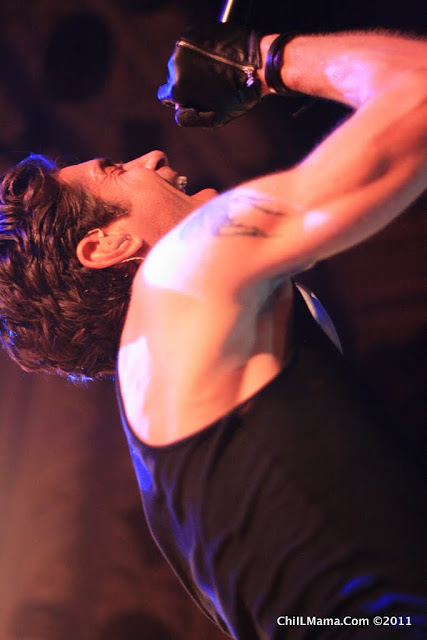 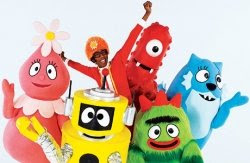 Hey--Even Perry Farrell made an appearance at Yo Gabba Gabba at Rosemont while he was in Chicago for a pair of Jane's Addiction shows at Metro.   So what are you taking your punk kin to see?


ChiIL Mama makes it easier on you, with info about upcoming shows, live footage, band interviews, and even free ticket give aways every week on Free Ticket Tuesday!


This week, we're even extending our ticket give away an extra 2 days, since we have family 4 packs of tickets to 2 great shows.  Enter through midnight this Wednesday for 4 free tickets to either or both shows.   Our winning families will be announced on Thursday 9/29.  Entry form at the bottom of this post. 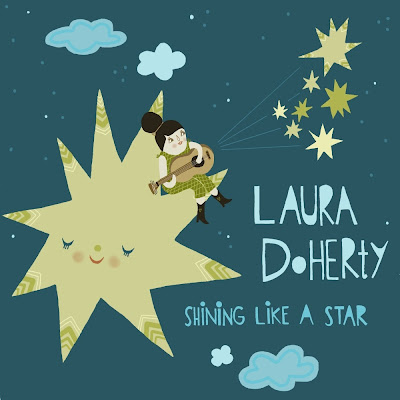 
Laura Doherty Band - “Shining Like a Star” CD Release Concert, Sat. Oct.1, Noon at Martyrs!
Laura Doherty, Chicago’s pop sweetheart for kids, is releasing her long awaited second album, “Shining Like A Star,” with a full-band family concert at Martyrs’, 3855 N. Lincoln Ave. in Chicago on Saturday, Oct. 1st, 12:00 Noon. Tickets are $8/adults, $5/kids ages 1 and up. This show kicks off a series of midwest shows celebrating the release of the new CD, including Fall dates in St. Louis, MO and Madison, WI.
Laura’s musical adventures first took us into the world of big-city-living, as seen through a child’s eyes, with her debut Parent’s Choice award-winning CD “Kids in the City” in 2009. With an ear for a catchy melody, she takes us on a whole new adventure that explores the ways that children and families have fun together.
Laura teamed up again with award-winning producer Rich Rankin of Mosaic Music, and much like “Kids in the City”, her signature, breezy folk-pop sound fills the record, with sweet harmonies and acoustic instruments. “Shining Like a Star” shines with Chicago talent, featuring nationally-known kids rocker Ralph Covert (of Ralph’s World) singing vocals on the title track, and tap dance sensation Reggio “the Hoofer” McLaughlin, collaborating on a tune as well.
Songs like title track, “Shining Like a Star” celebrate the myriad of ways that children express themselves and celebrate their uniqueness in the world. Often painting a story in her music, Laura sings about the wonders of nature in songs like “I’m a Tree” and “Vegetable Party”. Together with fun dance tunes like “Hula Hoop”, and “Rocket Ship”, these songs are part of an uplifting and inspiring new album for children and parents to enjoy together!
Before producing her own original children’s music, Laura co-produced Old Town School of Folk Music’s “Wiggleworms Love You,” CD (2005), and in the past 3 years has recorded educational songs for Disney English, a division of Walt Disney Company.
Laura found her place in the acoustic-folk world early on, picking up the guitar at age 16. Originally from Westchester, NY, she came to Chicago after college and soon joined the teaching staff of the Old Town School of Folk Music, where folk legends like Roger McGuinn of the Byrds honed his guitar style.
For over a decade, Laura was the Director of the Old Town School’s early-childhood Wiggleworms program. In 2009 she took a daring leap and decided to go full-time with kids’ music, showing an intense passion for creating sweet folk-inspired songs for children and families.
For more info, check out her website at www.lauradohertymusic.com
Here's ChiIL Mama's live footage of Laura Doherty performing her Be My Valentine song, from her Valentine's Day Schubas show.

Check out ChiIL Mama's video interview with Human Tim right here, along with 2 songs from his live show at Schubas last February.


We'll have ChiIL Mama's video interview with Laura Doherty and more unseen live concert footage from both bands, up this week, and we'll be reviewing and giving away copies of Laura's new release soon!