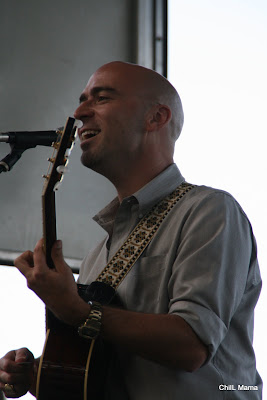 ChiIL Mama recently saw Ed Kowalczyk at the Kidzapalooza stage.   Here is a YouTube Kidzapalooza video of Heaven, a song he wrote for one of his daughters, when she was born.  It's apparent that Ed is inspired creatively by being a parent.   She's now 8, right between Du-Jay and Sagezilla's ages.   The second song is Lightning Crashes, one of his better known hits from Live.

He also impressed the Kidzapalooza audience with Grace.

According to Ed's blog, he says, "In the nightly bedtime routine at the Kowalczyk house, I am in charge of getting two glasses of water for my daughters' night stands. One evening last year, as I handed my 8-year-old her glass, it hit me like a freight train; this clean water is a blessing that thousands of fathers, just like me in this world, do not have. I don't have to worry that the water might make my children, the loves of my life, sick with a possibly fatal illness. I simply take it for granted. I decided then and there to make a difference. It is with great pleasure and profound gratitude that I announce my partnership with World Vision. Let's all work together to give parents in need that simple joy of putting a glass of safe and clean water on the nightstands of their little ones." 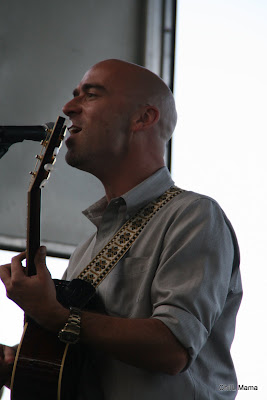 Ed Kowalczyk, lead singer of the multi-platinum band Live, will hit the road this fall in support of his debut solo album, Alive. The tour will make stops in Philadelphia, Chicago and New York, along with several more major markets. Ed and his new band, including Ramy Antoun on drums, James Gabbie on lead guitar, Chris Heerlein on bass, and brother Adam Kowalczyk on rhythm guitar, will perform favorites from Live’s catalog (“I Alone,” “Lightning Crashes”) along with tracks from the new album.
For this tour, Ed will team with World Vision, a Christian humanitarian organization dedicated to working with children, families and their children worldwide to reach their full potential by tackling the causes of poverty and injustice. World Vision will have a space in the lobby of each venue educating and encouraging concertgoers to get involved, make a donation and learn about sponsoring a child. Ed personally sponsors many children through World Vision and hopes to bring awareness to the organization. 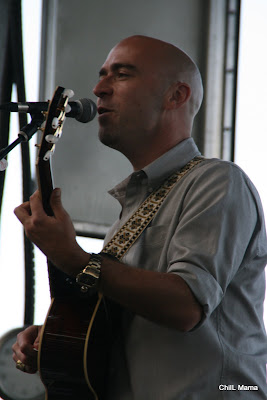 Additionally, “Grace,” the first single from Alive, marks a homecoming for Ed at Rock radio. The track is rapidly climbing its way up the Alternative and Rock Radio charts after just 7 weeks with generous airplay coming from great markets such as Syracuse, Rochester and Charlotte with its largest market add so far from WBOS in Boston just this week. Robyn Lane at WRAT in Point Pleasant, NJ said “The only thing better than hearing “Grace” on the radio is hearing Ed and his band do it live…Simply beautiful.”
Ed Kowalczyk built an impressive résumé with LIVE that includes eight full-length albums, total CD sales exceeding 20 million, a huge international fan base and extensive touring all over the world. LIVE has been one of the most successful and enduring alternative rock bands of the 1990s and 2000s. 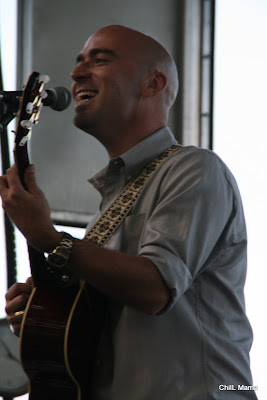 Click HERE for more info about tickets or to purchase Alive.
Posted by Bonnie Kenaz-Mara at 11:38 PM