ChiIL Live Shows on our radar
THE LIGHTNING THIEF: THE PERCY JACKSON MUSICAL 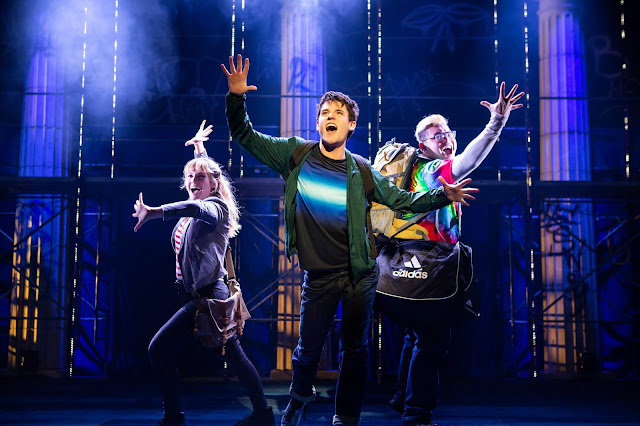 Any show that gets kids and tweens excited about and engaged in live theatre, reading more novels, and curious about Greek mythology is a win in my book, and THE LIGHTNING THIEF: THE PERCY JACKSON MUSICAL does that! My kids have read all the books and enjoyed all the movies so they were super stoked to hear there's now a stage version on tour. If your littles are fans of the franchise, hustle out and catch the national tour launch of this award winning musical adaption before it vanishes like a demigod on a quest. The audience was full of enthusiastic littles for the press opening last night, and they seemed to be enjoying it immensely. What's not to love? There's adventure, a bit of diversity in the cast, and strong male and female characters who are kids. There's a pop score with live musicians, stage combat, Greek Gods, and mythical creatures to battle. 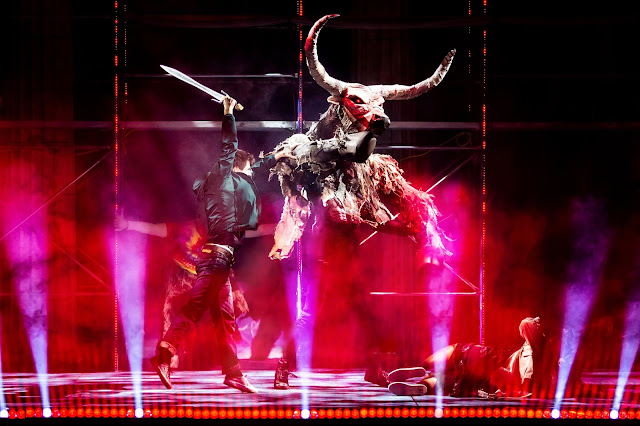 The Drama Desk nominated book by Joe Tracz is a celebration of misfits and outcasts with absentee parents and problems that are relatable. It's encouraging to see kids with dyslexia, ADHD, discipline problems, and troubled home lives hit their stride and find camaraderie and success on an epic quest. The musical cuts quite a lot from the books and even the film version, skipping or skimming over many main scenes like the Lotus Eaters and Hydra battle, and changing many plot points outrightly. That said, the basic road trip, buddy plot remains intact, as this intrepid band of demigods battle for their lives and their parents' attention. There are still plenty of familiar Greek Gods, Goddesses, myths and monsters. 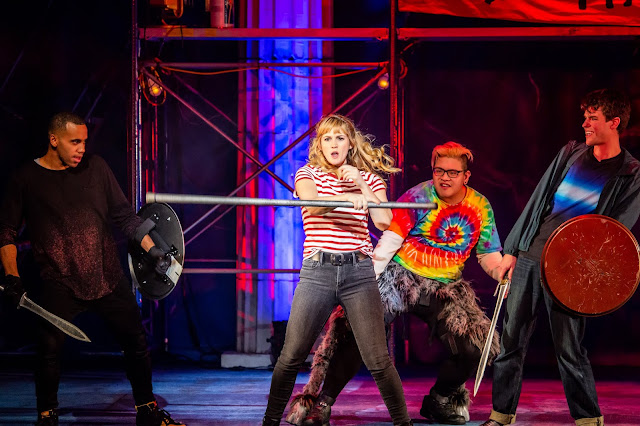 Do manage your expectations. If you're anticipating a big budget spectacle with breathtaking special effects, set design, and visuals, this is not the show you're looking for. There are no set changes and props and vehicles are made from simple scaffolding, a wheel chair, handlebars and shop lamps. 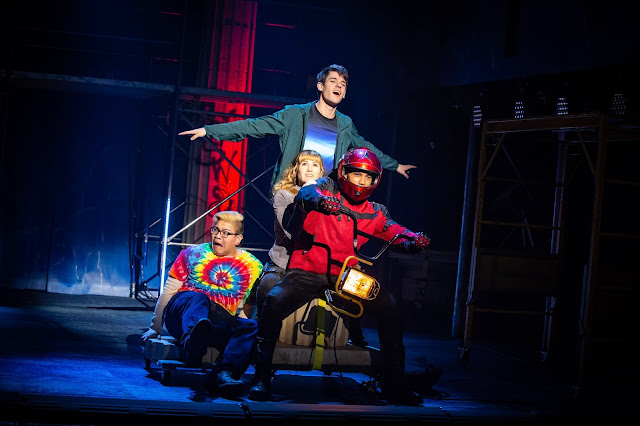 Explosions are confetti canons and monsters are masks and puppets. The stunning water scenes from the movie are a bit anticlimactic when recreated with leaf blowers and rolls of toilet paper. All the music is fairly nondescript vanilla pop, with few standouts. The worst element was the lighting, which was frequently aimed at the audience in blinding, headache inducing sweeps, for little apparent reason. I can only assume they were trying to foster a rave or concert vibe.

The Lightning Thief was a hit in New York, but an Off-Broadway hit, and it still feels like it would play better in a much smaller venue. Still, the storyline is solid, the characters are familiar, and the young and young at heart may be charmed by this modern take on classic characters and their offspring, despite its shortcomings. When I heard they were only planning to play The Oriental for a week, I felt a bit of trepidation. That's an extremely short window for a Chicago tour launch. In the parking garage elevator after the show, I overheard an adult remarking, "At least it wasn't as bad as I'd feared it would be." I concur. Somewhat recommended. 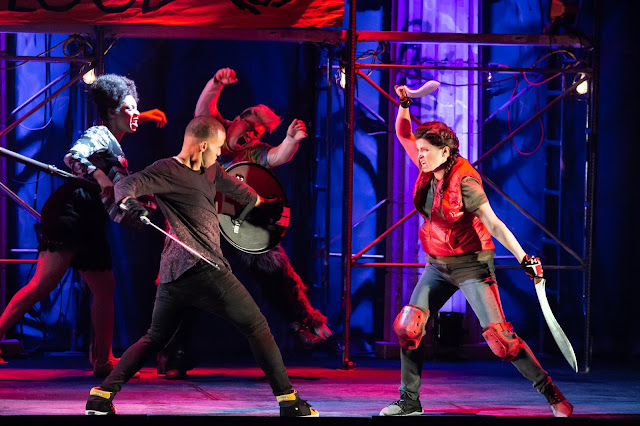 Broadway In Chicago is thrilled that
THE LIGHTNING THIEF:
THE PERCY JACKSON MUSICAL,
the musical adaptation of The New York Times bestseller, launches its national tour for a limited one-week engagement at Broadway In Chicago’s Oriental Theatre (24 W. Randolph) through January 13, 2019.

With more than 100 million copies of the book series sold worldwide, this global phenomenon has found a new home on the live stage in a "mesmerizing" theatrical event that proves "lightning can strike twice!" (TheaterMania). Following a sold-out run in New York City, where it garnered 3 Drama Desk Award nominations, including Best Musical, this "winning adaptation" (The Hollywood Reporter) is coming to rock Chicago. 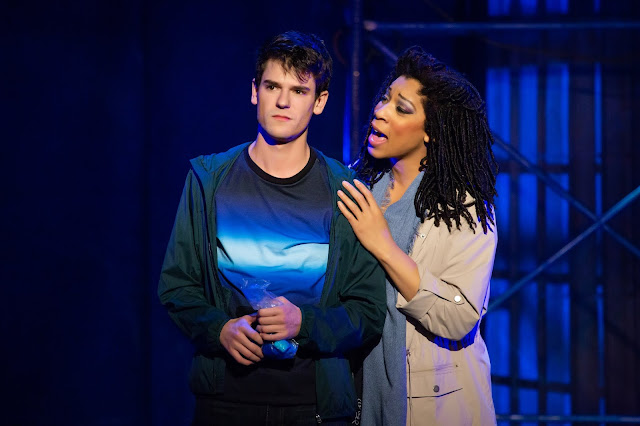 As a son of Poseidon, Percy Jackson has newly discovered powers he can’t control, monsters on his trail, and is on a quest to find Zeus’ lightning bolt to prevent a war between the Greek gods. Based on the best-selling novel by Rick Riordan and featuring a thrilling original rock score, THE LIGHTNING THIEF: THE PERCY JACKSON MUSICAL is an action- packed theatrical adventure that has been celebrated by audiences and critics alike. 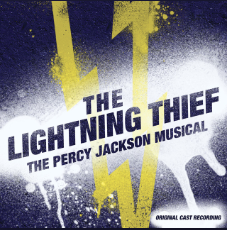 Fans will also be thrilled to learn the full cast album has been released on Spotify for streaming. Check out the album here.

TICKET INFORMATION
Individual tickets are currently on sale and range in price from $25-$80 with a select number of premium seats available. Tickets are available now for groups of 10 or more by calling Broadway In Chicago Group Sales at (312) 977-1710 or emailing GroupSales@BroadwayInChicago.com. For more information, visit www.BroadwayInChicago.com.

CHRIS McCARRELL (Percy Jackson) originated the role of Percy Jackson in the Off-Broadway production of The Lightning Thief in 2017. He was also seen as Marius in the Tony Nominated revival of Les Misérables. Television credits include Nibs in “Peter Pan Live” and “The OA”. Most recently Chris originated the role of Gilbert Blythe in Anne of Green Gables: A New Folk Rock Musical at the Finger Lakes Musical Theatre Festival. Other regional credits include Jimmy Livingston in Bubble Boy the musical, Hermie in Summer of ‘42, Gabe in Next to Normal, Anthony in Sweeney Todd, and Lewis in Pippin. He has sold out concerts at 54 Below ranging from Christmas Carols with Chris McCarrell to his most recent coming of age story Both Sides Now. Developmental workshops include October Sky, Diary of a Wimpy Kid, The World Will Not Contain Us, Nikola Tesla Drops the Beat and Manhattan Kids. He is a 2013 graduate of Baldwin Wallace Conservatory of Music.

RYAN KNOWLES (Chiron and others) originated the role of “Buddy” in the national tour of We Will Rock You, the Queen musical. Tours: How The Grinch Stole Christmas, Todrick Hall's OZ: The Musical. Off- B’way: Bulldozer, NEWSical, Caligula Maximus. Regional: For The Record: The Brat Pack, Disney’s Hunchback...(WI). TV: Host of Nickelodeon's daily live program “Me:TV”.

SAM LEICHT (Understudy for Percy, Luke) is so excited to be making his national tour debut with The Lightning Thief! Previous regional credits include Link in Hairspray, Will Bloom in Big Fish, and Gabe in Next to Normal. Proud Baldwin Wallace University alum. So much love to family and friends. Instagram: @leichtning

SARAH BETH PFEIFER (Clarisse and others, understudy for Annabeth) is PUMPED to hit the road and continue her journey with this amazing show! Notable past credits include The Lightning Thief (Lucille Lortel), Goldstein (The Actors Temple), and Legally Blonde (National Tour). She is an active voice over artist and a member of the Constellation Choir. www.sarahbethpfeifer.com

JALYNN STEELE (Sally and others). Overjoyed to be a part of this amazing show! Off Broadway: Sistas: The Musical (Dr. Simone). National/International Tours: Fosse (Lead & Gotcha Girl) Regional: Mamma


KRISTIN STOKES (Annabeth) is “Feelin’ Stoked” to pack her bags for this “Killer Quest”! She has had the honor of bringing Annabeth to life since The Lightning Thief’s first workshop; playing both off Broadway runs, and recording the Original Cast Album. Other credits include: The Ballad of Little Jo (Kate), Two River Theatre (OCR); Fly By Night (Miriam), Dallas Theatre Center; Agent 355 (Anna/Simcoe), Musical Theatre Factory; Tales From the Bad Years,Theatreworks Silicon Valley; Junie B’s Essential Survival Guide.. (Junie B), TWUSA, The Secret Garden (Martha), The Willow’s Theatre. Love to the Cast, Crew, and Creatives of TLT, my Family, JD, and all the AMAZING Fans!

ABOUT BROADWAY IN CHICAGO
Broadway In Chicago was created in July 2000 and over the past 19 years has grown to be one of the largest commercial touring homes in the country. A Nederlander Presentation, Broadway In Chicago lights up the Chicago Theater District entertaining more than 1.7 million people annually in five theatres. Broadway In Chicago presents a full range of entertainment, including musicals and plays, on the stages of five of the finest theatres in Chicago’s Loop including the Cadillac Palace Theatre, CIBC Theatre, Oriental Theatre (will become the Nederlander Theatre in February 2019), and just off the Magnificent Mile, the Broadway Playhouse at Water Tower Place and presenting Broadway shows at The Auditorium Theatre of Roosevelt University.

Posted by Bonnie Kenaz-Mara at 5:07 PM