Here at ChiIL Mama and ChiIL Live Shows, we've been covering the Young Playwrights Festival for years. 2018 was particularly exciting for my family, since my son wrote and submitted a play and got to work with Pegasus at Lane Tech. The competition is fierce, so his was not one of the 3 finalists, but his play did get an in class performance, and the whole experience was invaluable. My son does know one of the finalists and he'll be out with me on Sunday, to check out the press opening.

Fragile Limbs
By Anonda Tyler – Kenwood Academy, teacher Nina Willams
Directed by Juan Ramirez
Faith, a teenage boy struggling with loss meets Hope, a teenage girl struggling with abuse and self-esteem. Together, they find strength against the backdrop of a violent Chicago. 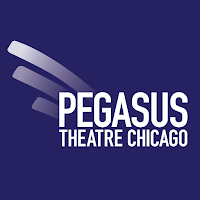