SAVE THE DATES: THE LIGHTNING THIEF: THE PERCY JACKSON MUSICAL to Play Broadway In Chicago’s Oriental Theatre for a Limited One-Week Engagement January 8 – 13, 2019. 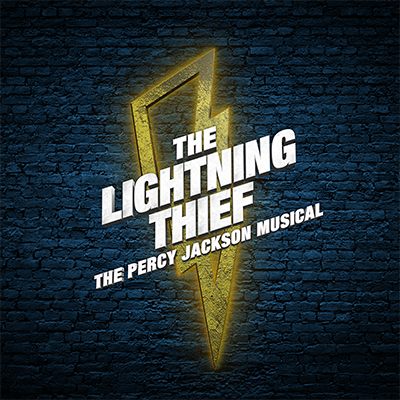 “WORTHY OF THE GODS” Time Out NY

My kids have read all the books and enjoyed all the movies. Now they're excited to catch the award winning musical adaption which will launch its National Tour in Chicago. Start 2019 off with a show with this mythical musical. 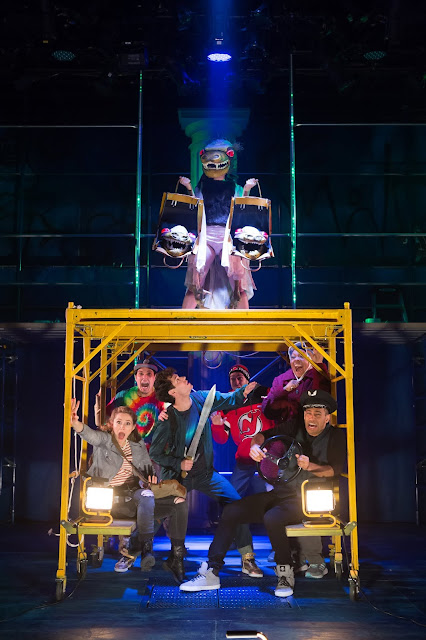 All production photos by Jeremy Daniels

Broadway In Chicago is thrilled to announce that THE LIGHTNING THIEF: THE PERCY JACKSON MUSICAL, an “electrifying” (Newsday) musical adaption of The New York Times best-selling novel written by Rick Riordan, will launch its National Tour in Chicago playing Broadway In Chicago’s Oriental Theatre (24 W. Randolph) for a limited one-week engagement January 8 – 13, 2019. 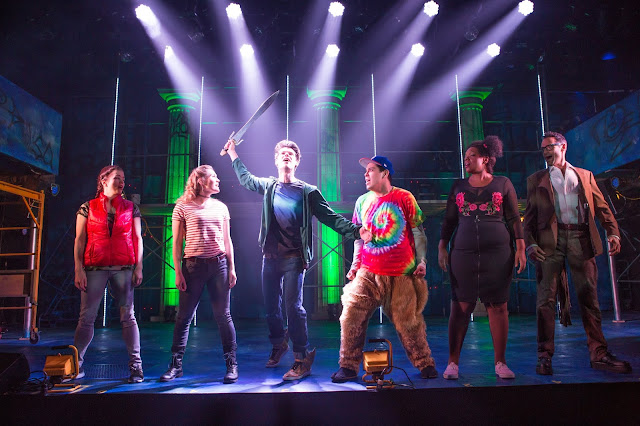 As a son of Poseidon, Percy Jackson has newly discovered powers he can’t control, monsters on his trail, and is on a quest to find Zeus’ lightning bolt to prevent a war between the Greek gods.  Based on the best-selling Disney-Hyperion novel by Rick Riordan and featuring a thrilling original rock score, THE LIGHTNING THIEF: THE PERCY JACKSON MUSICAL is an action-packed theatrical adventure that has been celebrated by audiences and critics alike.

More information about THE LIGHTNING THIEF: THE PERCY JACKSON MUSICAL is available at www.lightningthiefmusical.com.

TICKET INFORMATION
Tickets are available now for groups of 10 or more by calling Broadway In Chicago Group Sales at (312) 977-1710 or emailing GroupSales@BroadwayInChicago.com.  Individual tickets for THE LIGHTNING THIEF: THE PERCY JACKSON MUSICAL at the Oriental Theatre will go on-sale at a later date.  For more information, visit www.BroadwayInChicago.com. 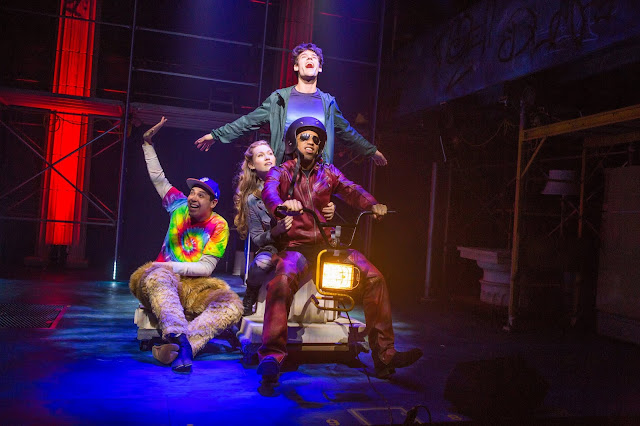 THE ROAD COMPANY was founded in 1997 by Stephen Lindsay and Brett Sirota. In addition to The Lightning Thief: The Percy Jackson Musical current representation includes Wicked, Charlie and The Chocolate Factory, War Paint, The Band’s Visit, SpongeBob SquarePants, A Clockwork Orange, The Sound of Music, The Illusionists, Dirty Dancing, Kinky Boots, and Elf the Musical. 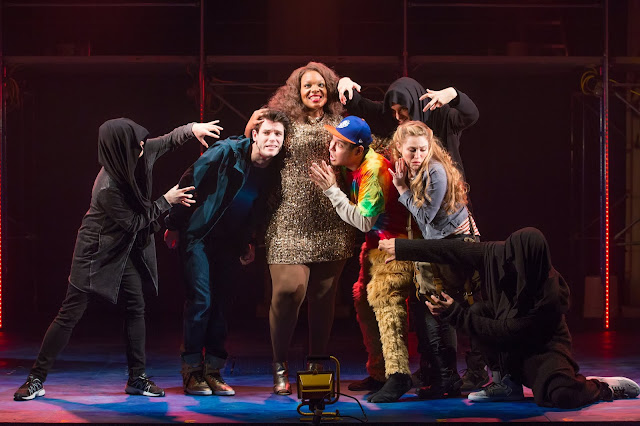 ABOUT BROADWAY IN CHICAGO
Broadway In Chicago was created in July 2000 and over the past 18 years has grown to be one of the largest commercial touring homes in the country.  A Nederlander Presentation, Broadway In Chicago lights up the Chicago Theater District entertaining more than 1.7 million people annually in five theatres.  Broadway In Chicago presents a full range of entertainment, including musicals and plays, on the stages of five of the finest theatres in Chicago’s Loop including the CIBC Theatre, Oriental Theatre, Cadillac Palace Theatre, and just off the Magnificent Mile, the Broadway Playhouse at Water Tower Place and presenting Broadway shows at The Auditorium Theatre of Roosevelt University.  For more information, visit www.BroadwayInChicago.com.

Email ThisBlogThis!Share to TwitterShare to FacebookShare to Pinterest
Labels: Broadway in Chicago, save the dates, THE LIGHTNING THIEF: THE PERCY JACKSON MUSICAL