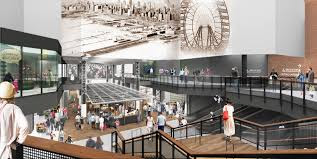 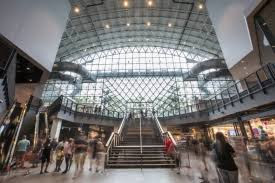 Here at ChiIL Mama & ChiIL Live Shows, we're all about Chi, IL arts, entertainment and fun. Navy Pier has gone through many transformations over the years. Honestly, for a while it had the ambiance of an airport, but it's now more family friendly and fabulous than ever! It's a favorite destination for tourists and locals alike.

A particular Navy Pier favorite of mine is Chicago Shakespeare Theatre, and I review numerous shows there year round. We even partner up on ticket giveaways for our readers. Chi Shakes' new space, The Yard, is amazing! Navy Pier's newest of the new spaces, the Fifth Third Bank Family Pavilion has its Grand Opening Tuesday, June 26th. Check it out.

Navy Pier, Chicago’s iconic, year-round lakefront destination, will debut its newly renovated Fifth Third Bank Family Pavilion this Memorial Day weekend. A key element of the Pier’s ongoing Centennial Vision redevelopment, the Pavilion, which stretches more than 200,000 square feet from the west main entrance of the Pier to WBEZ, is now a hub of more than 50 Chicago-centric experiences that showcase and represent the city’s best offerings in dining, entertainment, retail and more.

“When Navy Pier guests stroll through our new Fifth Third Bank Family Pavilion, they will encounter a wide range of authentic Chicago experiences – from some of the city’s best cuisine and neighborhood shops, to fun, family-friendly activities that are sure to enhance the overall guest experience,” said Navy Pier President and CEO Marilynn Gardner. “We would not have been able to bring this bold and innovative new space to life without the support and investment of our partners at Fifth Third Bank, who recognized the need for a place where families and guests of all ages could gather and local businesses could shine.”

“Fifth Third Bank is proud to continue its partnership with Navy Pier – a historic and iconic Midwest destination, vital to Chicago’s growth and development – through an investment in a space tailored to families, committed to celebrating diversity in people and businesses, and designed to contribute to the local economy, especially by creating more than 300 job opportunities,” said Fifth Third Bank Regional President Eric S. Smith. “Together, we look forward to welcoming the Pier’s more-than-9 million annual guests and offering unparalleled experiences within the Fifth Third Bank Family Pavilion.”

The Fifth Third Bank Family Pavilion is part of the larger Centennial Vision framework, which calls for the physical, programmatic and organizational transformation of Navy Pier in honor of its second century. The Fifth Third Bank Family Pavilion is designed by Gensler, widely recognized as the world’s leading collaborative design firm. Featuring new contemporary storefronts and state-of-the-art digital screens, the renovated and architecturally stunning facility is home to many artisans, retailers and other businesses uniquely rooted in Chicago’s identity. The Pavilion also offers free arts and cultural programming, serving as a flexible platform for family-friendly events and activities year round. Guests strolling through the venue can expect fun, engaging programs and live entertainment – from dance and music, to fitness and more.

While the Fifth Third Bank Family Pavilion opens for business this weekend, an official grand opening event is slated to follow on Tuesday, June 26. For ticket and sponsorship information, check out the Navy Pier website.

See below for a full listing of the new and returning partners within the Fifth Third Bank Family Pavilion (* denotes new partners):

The Fifth Third Bank partnership is the latest major contribution to Navy Pier’s redevelopment efforts, following a legacy gift from the Polk Family and grants from Polk Bros. Foundation for Polk Bros Park and related programs, and generous support from People’s Gas and Aon, recognized with the naming of the Peoples Energy Welcome Pavilion (to be completed this August) and the Aon Grand Ballroom.

For more details, visit www.navypier.org or download the Navy Pier app on any Android or iOS device.


About Fifth Third
Fifth Third Bancorp is a diversified financial services company headquartered in Cincinnati, Ohio. As of March 31, 2018, the Company had $142 billion in assets and operated 1,153 full-service Banking Centers and 2,459 ATMs with Fifth Third branding in Ohio, Kentucky, Indiana, Michigan, Illinois, Florida, Tennessee, West Virginia, Georgia and North Carolina. In total, Fifth Third provides its customers with access to more than 54,000 fee-free ATMs across the United States. Fifth Third operates four main businesses: Commercial Banking, Branch Banking, Consumer Lending and Wealth & Asset Management. Fifth Third is among the largest money managers in the Midwest and, as of March 31, 2018, had $363 billion in assets under care, of which it managed $37 billion for individuals, corporations and not-for-profit organizations through its Trust and Registered Investment Advisory businesses. Investor information and press releases can be viewed at www.53.com. Fifth Third’s common stock is traded on the Nasdaq® Global Select Market under the symbol “FITB.” Fifth Third Bank was established in 1858. Member FDIC.

About Navy Pier
Located on Lake Michigan, Navy Pier is one of the top-attended nonprofit cultural destinations in the Midwest, stretching more than six city blocks and welcoming more than 9 million guests annually. Originally opened in 1916 as a shipping and recreation facility, this Chicago landmark showcases more than 50 acres of parks, restaurants, attractions, retail shops, sightseeing and dining cruise boats, exposition facilities and more. In 2018, Navy Pier continues to usher in its second century with ongoing pier-wide redevelopment efforts – including the Fifth Third Bank Family Pavilion, Peoples Energy Welcome Pavilion, 220-room hotel and more – in addition to free, year-round arts and cultural programming designed to inspire, educate and connect communities across the city and globe. For more information, visit www.navypier.org or download the free Navy Pier app for Android and iOS device users. 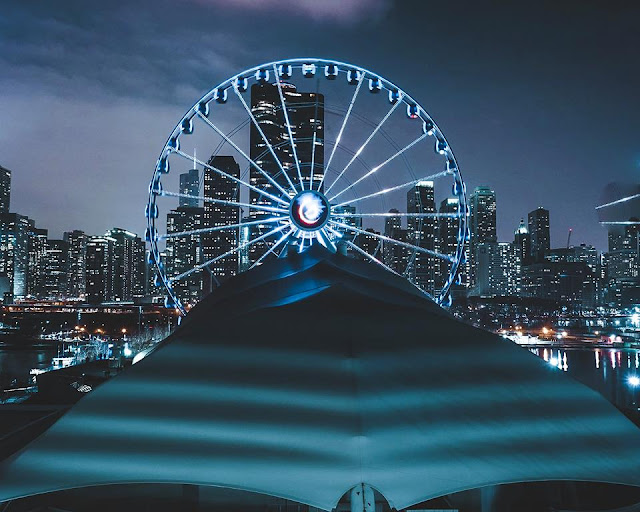 Navy Pier Mission Statement
Navy Pier is the People’s Pier, Chicago’s lakefront treasure, welcoming all and offering dynamic and eclectic experiences through partnerships and programs that inspire discovery and wonder.
Posted by Bonnie Kenaz-Mara at 6:57 AM