GET READY TO “SHAKE, RATTLE, AND ROLL” FOR THE CHICAGO PREMIERE OF
THE PREQUEL TO THE TONY-AWARD WINNING, RECORD-SETTING,
CHICAGO FAVORITE
MILLION DOLLAR QUARTET 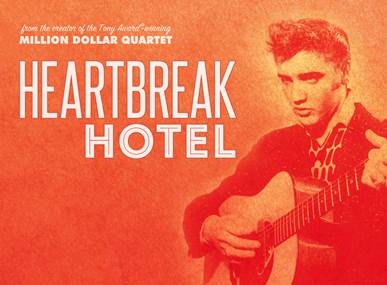 Broadway In Chicago, the producers of HEARTBREAK HOTEL, and Authentic Brands Group (ABG), owner of Elvis Presley Enterprises today, announce a musical premiere that will ignite the stage of the Broadway Playhouse.  HEARTBREAK HOTEL, the live musical, will make its debut at Broadway In Chicago’s Broadway Playhouse at Water Tower Place (175 E. Chestnut) for a limited engagement, running from June 30 through September 9, 2018.

From the creator of the Tony Award-winning smash-hit Million Dollar Quartet, HEARTBREAK HOTEL is a record-breaking musical, selling out at its world premiere at the historic Ogunquit Playhouse. This prequel to Million Dollar Quartet follows the tender story of Elvis Presley in the early years of his bourgeoning career as he and Sam Phillips create the music that will forever change their lives. As Elvis’ career skyrockets, both lifting and shattering the lives of those he loves, a secret love story is revealed, a betrayal is discovered, and “Colonel” Tom Parker changes the course of history, all in just 18 short months.

“We’re excited to debut HEARTBREAK HOTEL in Chicago, a city known for its dynamic arts and entertainment scene,” said Corey Salter, EVP of Celebrity and Entertainment at ABG. “This is the only Broadway musical that tells the remarkable story of Elvis’ rise to fame and we are thrilled with the momentum it has picked up.”

This brand new musical features hit songs from the King of Rock ‘n Roll as well as the legends who influenced his iconic music, with chart-toppers including “Blue Suede Shoes,” “Tutti Frutti,” “That’s All Right Mamma,” “Shake Rattle and Roll,” and, of course, “Heartbreak Hotel.” This is where the story begins with a “walk down lonely street.”

Casting will be announced in the coming months. 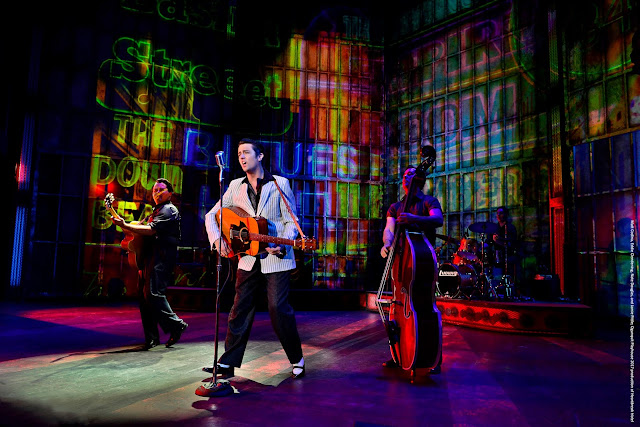 TICKET INFORMATION
Tickets for HEARTBREAK HOTEL at the Broadway Playhouse at Water Tower Place (175 E. Chestnut) are available now for groups of 10 or more by calling Broadway In Chicago Group Sales at (312) 977-1710 or emailing GroupSales@BroadwayInChicago.com. Individual tickets will go on sale at a later date. For more information, visit www.BroadwayInChicago.com.