NEW PERFORMANCES ON SALE NOW
ADDED DUE TO POPULAR DEMAND! 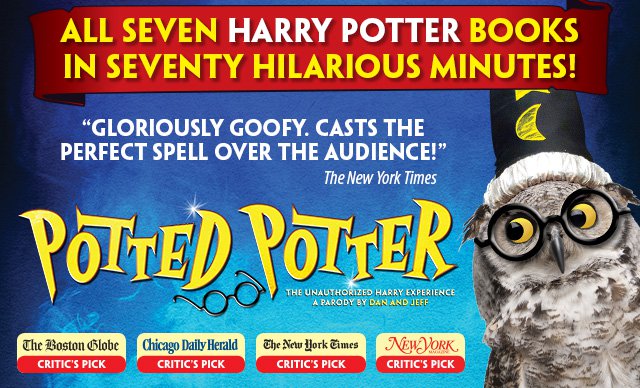 Dan and Jeff are some seriously funny fellows. We've caught Potted Potter quite a few times now, over the years, and still laughed throughout their show. This time around, they've updated some of the jokes to reflect current events and played with some of the gags, but even with predominantly the same script, this show is well worth a return trip.

Their rapport with each other and the audience is undeniably fun, and this goofball, lowball, literary laugh riot is far funnier than many big budget comedies we've seen. These endearing theatre geeks have impeccable comedic timing and have the audience in stitches with minimal costumes and props. I've taken my kids, who are huge Harry Potter fans who have read all the books and seen all the movies. They adore Potted Potter as tweens and into the hard to entertain teen years too. This past time around I brought an English teacher, theatre buff, friend of mine who managed to evade nearly all of the Potter series in book and film forms. She still found Potted Potter highly entertaining. There are some great ticket deals out there so this makes for a fun, family friendly outing that won't break the bank. Highly recommended. 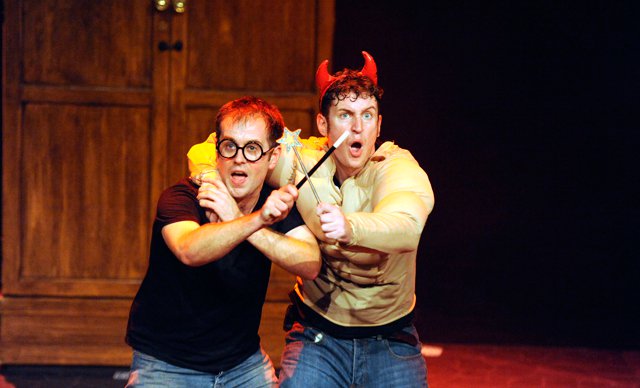 Broadway In Chicago, Starvox Entertainment and Potted Productions are delighted to announce that Potted Potter: The Unauthorized Harry Potter Experience – A Parody by Dan and Jeff will be extending its Chicago engagement for a second time this winter at Broadway In Chicago’s Broadway Playhouse at Water Tower Place (175 E. Chestnut) through February 25, 2018. The hit off-Broadway show has returned to the Broadway Playhouse at Water Tower Place for its third season and is adding new performances in Chicago due to popular demand.

Chicago critics say that the latest run of the hit show “truly shines” (Windy City Times) and is “Hysterical and clever… a blast from start to finish.” (Picture This Post). 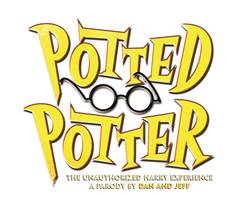 TICKET INFORMATION
Individual tickets for Potted Potter: The Unauthorized Harry Experience – A Parody by Dan and Jeff at the Broadway Playhouse at Water Tower Place are on sale now and range from $25-$69.95 with a select number of premium seats available. A limited number of $15 and $30 tickets will be available for performances Feb. 8-Feb.18, 2018 as part of Chicago Theatre Week presented by the League of Chicago Theatres in partnership with Choose Chicago. Tickets are available now for groups of 10 or more by calling Broadway In Chicago Group Sales at (312) 977-1710.  Tickets are available at all Broadway In Chicago Box Offices (24 W. Randolph St., 151 W. Randolph St., 18 W. Monroe St. and 175 E. Chestnut), the Broadway In Chicago Ticket Line at (800) 775-2000 and online at www.BroadwayInChicago.com.


Chicago Theatre Week celebrates the rich tradition of theatre-going in Chicago. Returning for the sixth year, Chicago Theatre Week 2018 will be held February 8-18 and will include value-priced tickets to more than 120 shows. Visitors and residents will again have the opportunity to sample the extraordinary range of theatrical offerings throughout Chicagoland. The CTW ticket offers will be listed on a centralized website – www.ChicagoTheatreWeek.com – starting January 9, 2018. Chicago Theatre Week is presented by the League of Chicago Theatres with support from Choose Chicago.
Posted by Bonnie Kenaz-Mara at 8:03 PM