Here at ChiIL Mama, we're excited to be promoting and reviewing this excellent Fest again this year. I'll be out this Sunday, so check back soon for my full review. In the past I've been enthralled with the high caliber writing and diverse styles of the winning authors. Years ago the daughter of a close friend of mine won the Young Playwrights Fest in high school, and she went on to get her Masters from U of I and continue a lifelong love of theatre and literature. This year my 16 year old son's theatre class from Lane Tech is coming out to see the show this Wednesday, then they're going back to write their own submissions for next year! I'm thrilled we have such a stellar resource in Chicago, to spark the interest of our next generation of playwrights and creative thinkers. 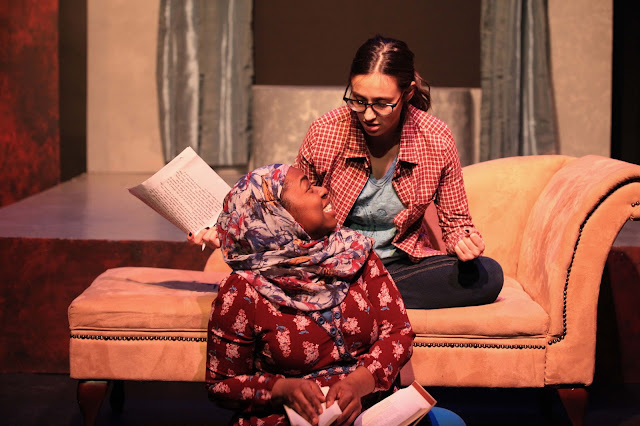 
Pegasus Theatre Chicago is proud to announce the authors and plays being presented at the 31st Young Playwrights Festival, Jan. 4 – 27, 2018 at Pegasus’s resident home Chicago Dramatists, 773 N. Aberdeen. Each play is written by high school students and given a staged professional production. The winning productions are performed in tandem Fridays and Saturdays at 7:30 p.m. and Sundays at 3 p.m. Previews are Thursday, Jan. 4 – Saturday, Jan. 6, 2018 at 7:30 p.m. each night. 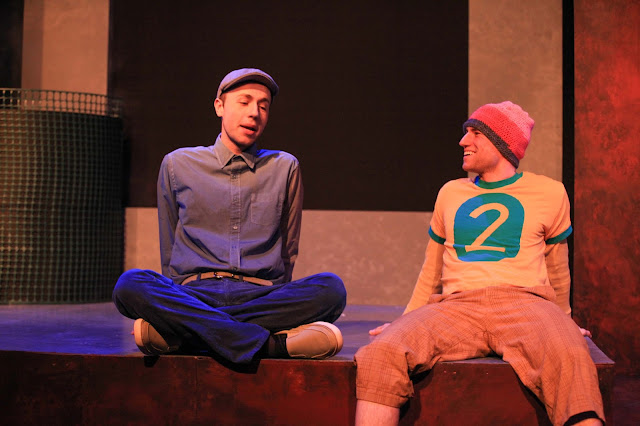 (L to R) David Flack and Peter Surma in PENCILS AND PENS by Aaron Powdermaker, directed by Ilesa Duncan

The Young Playwrights Festival (YPF) celebrates the 31st year of the program that inspires Chicago students to explore their histories, research their communities and mine their personal journeys to write dynamic one-act plays for the stage. YPF is the only event of its kind in Chicago and is the second largest in the country. 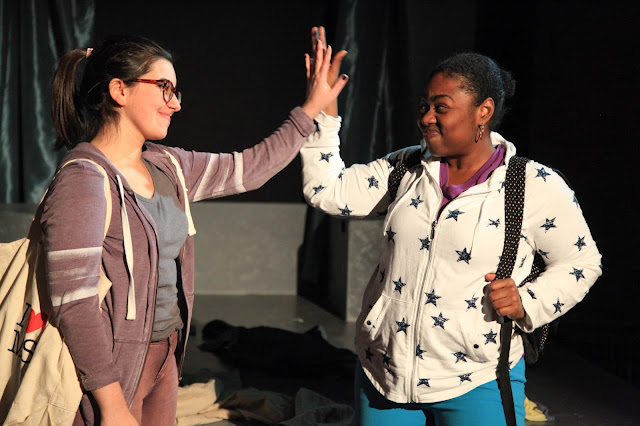 (L to R) Gloria Petrelli and Meagan Dilworth in BULLET WITH BUTTERFLY WINGS by Maday Favela, directed by Emmi Hilger

Decision Day
By Abigail Henkin -- Lane Tech College Prep – teacher Brian Telles
Directed by Jerrell Henderson
Lizzy, a high-achieving high school senior, is being wooed in this hilarious send up of college recruitment.  She struggles to decide which of the three is really her best option.

Pencils and Pens
By Aaron Powdermaker – Lane Tech College Prep – teacher Kirsten Hanson
Directed by Ilesa Duncan
Perry and Marshal are friends enjoying a simple life. However, when Perry wants to move up in the world it’s at the cost of leaving his best friend behind. 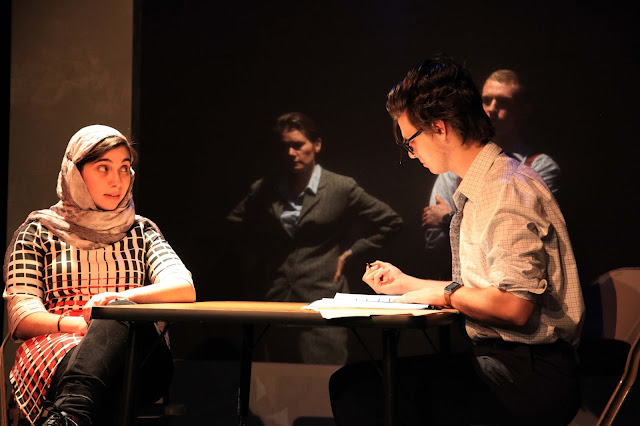 ABOUT JERRELL L. HENDERSON, director
Jerrell L. Henderson is a director and teaching artist. Recent directing credits include Bud, Not Buddy at the Children's Theatre of Charlotte and The Caucasian Chalk Circle at Franklin & Marshall College. Other credits include The Healer: A Workshop Production with Pegasus Theatre Chicago and In The Red and Brown Water at Northwestern University (co-director with Henry Godinez). As an assistant director, Henderson has worked with The Goodman Theatre, Steppenwolf Theatre, and Lookingglass. He received a BA in Theatre Arts from The Pennsylvania State University, an MFA in Directing from Northwestern University, is a member of the Lincoln Center Directors Lab and is currently a member of Victory Gardens Directors Inclusion Initiative.

ABOUT EMMI HILGER, director
Emmi Hilger has directed The Clean House by Sarah Ruhl, References to Salvador Dalí Make Me by José Rivera, Don’t Look by Gina Doherty and Johnny 10 Beers’ Daughter for Something Marvelous (where she is producing artistic director). Hilger has also recently worked with Ensemble Dal Niente, Stage Left, The Jades, 20% Theatre Company, Concordia University, and Collaboraction.  She is an associate artist and associate dramaturg with Chicago Dramatists and an artistic associate with Stage Left.

Pegasus is also committed to initiating important conversations through the arts with strong community engagement and socially relevant programming, including the Young Playwrights Festival for high school-age scribes, which celebrated its 31st Anniversary this year. Pegasus Theatre Chicago has received seventy-seven Joseph Jefferson Citations since its inception.