Here at ChiIL Mama, we have seen many variations on productions of School House Rock Live! over the years. It's a favorite of ours because I'm old enough to remember the original spots between Saturday morning cartoons. I grew up on the stuff and fondly introduced the stage version, CD and DVDs to my own kids. Tickets are now on sale for Broadway In Chicago and Emerald City Theatre's production, this summer. Book early! 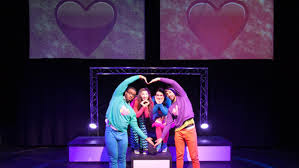 BASED ON THE CLASSIC ANIMATED SERIES

Through unforgettable songs such as “Just a Bill” and “Conjunction Junction,” a nervous schoolteacher must discover how to charm his students through imagination and music on the first day of class. Based on the entertaining and educational Emmy Award-winning animated series, SCHOOLHOUSE ROCK LIVE! brings the treasured Saturday-morning melodies of the ‘70s back in a hip new way. Children with recognition of educational subject matter and familiarity of the scholastic cartoon of the same name will enjoy this classic show, reimagined into an academic rock concert that features booming musical recordings and a funkadellic stage. 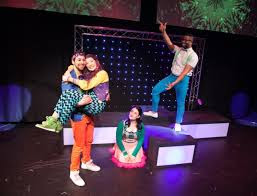 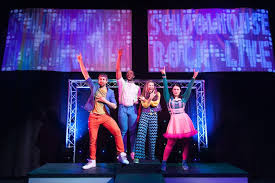 About Emerald City Theatre
Founded in 1996, Emerald City Theatre creates theatre experiences that inspire early learners through play. Emerald City is one of Chicago's most attended non-profit theatres, with an annual programming reach of 80,000. Through a rigorous collaboration between innovating artists and leading educators, Emerald City develops new work for young audiences, with over 29 world premieres; produces professional productions at the Apollo Theater in Lincoln Park, The Broadway Playhouse at Water Tower Place, and regional tour venues; and provides acclaimed educational programming throughout Chicago through Emerald City Theatre School. Emerald City's Little Theatre, the nation's first facility dedicated to theatre for the very young (ages 0-4), opened in April 2013. Emerald City was awarded the Lincoln Park Chamber of Commerce's Excellence in Arts and Culture Award in 2013.