OPENING: Burning Bluebeard is Back at Theater Wit For 2014 #ChiILPicksList

Chi, IL Live Shows on stage and on our radar.

Ode to Burning Bluebeard: How do we love thee... let me count the ways. How can a show about the most deadly single building fire in HISTORY be a family friendly holiday show?! How can we return year after year, like a moth to the flame, strangely drawn to this crispy cast of castaways, to look into their soot smudged faces and hear their stories? 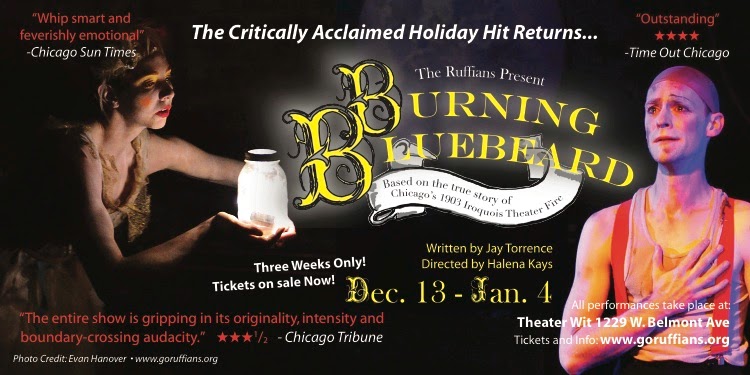 **Click here & scroll down to check out 5+ of our past Burning Bluebeard features.**

There are many of our all time favs returning for the 2014 holiday season. Burning Bluebeard tops our list of must see remounts. It's too good to just see once, or even once a season. Highly recommended! ChiIL Live Shows/ChiILMama's ChiIL Picks List for best holiday theatre.

Burning Bluebeard won't break the bank and is an amazing dark comedy, with thought provoking dialogue and amusing physical play. We thoroughly enjoyed it the past two years, I took both kids the first year, at The Futurarium, because Anthony Courser (Bluebeard) had been their circus instructor for a while and they love to see their instructors in creative projects. But there's one intense scene (blackout/audio only recap of the fire) sensitive kids may have a tough time with.

We'd give it a PG13/mature tweens and up rating, because of the macabre subject matter (600 people-primarily women & children trampled, burned & dying in a theatre fire!), though handled tastefully. Of course, every kid is different, and since mine are fairly theatre savvy and unflappable, they were 9 & 11 when we first saw it. If in doubt, do your research.

Burning Bluebeard is based on a true slice of history that should be seen and remembered, especially if you frequently see shows at The Oriental Theatre. 110+ years after this tragedy, Burning Bluebeard depicts this horrific event many are completely unaware even happened, in a poignant and creative way. It's a moving tribute. 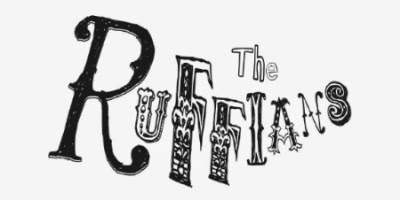 With Chi-town favs Jay Torrence, as writer, and Halena Kays directing, this is an absolute must see. Much of the original cast is back again as well, and a true joy to watch in action. They all do a stellar job with the grim subject matter, evoking not only empathy and emotion but laughs as well. They had to drop the fire escape rap (one of our fav parts of the first show-though specific to the TMLMTBGB space they began in). Please please put it on YouTube for me or let us run it here on the blogs for posterity! Otherwise, we imagine the remount this year will be quite similar and every bit as effective for the 2nd time around at Theater Wit.

BURNING BLUEBEARD 2014 will also add Pam Chermansky to the cast, another of our friends and favorites here at ChiIL Mama/ ChiIL Live Shows. My kids studied circus arts with both Pam and Anthony for several years. We also adore Molly Plunk, Jay Torrence, Leah Urzendowski Courser and Ryan Walters and have enjoyed their work in many places around town including 500 Clown, The Hypocrites, Actors Gym, Barrel of Monkeys and more. 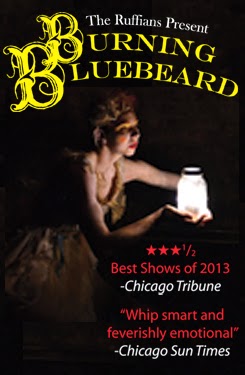 
and Directed by Halena Kays
Returns for Three Weeks Only

The critically acclaimed holiday hit BURNING BLUEBEARD returns for its third Chicago production. Don't miss your chance to see this limited engagement three week run of this audience favorite show that has the entire city reliving a piece of Chicago history.

Inspired by the true story of Chicago's 1903 Iroquois Theatre Fire, BURNING BLUEBEARD is the story of six singed clown performers who emerge from the burnt remains of history attempting to perform their spectacular 1903 Christmas Pantomime once and for all. But this time they hope to finally reach the true happy ending of their second act and avoid the fateful fire that killed 600 of its audience members. Don't miss your chance to see the whimsical delight, the poignant drama and stunning visual beauty that is BURNING BLUEBEARD. 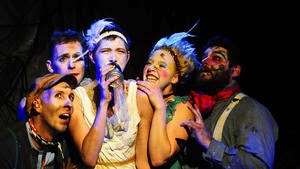 "The entire show is gripping in its originality, intensity and boundary-crossing audacity."

Posted by Bonnie Kenaz-Mara at 3:53 PM