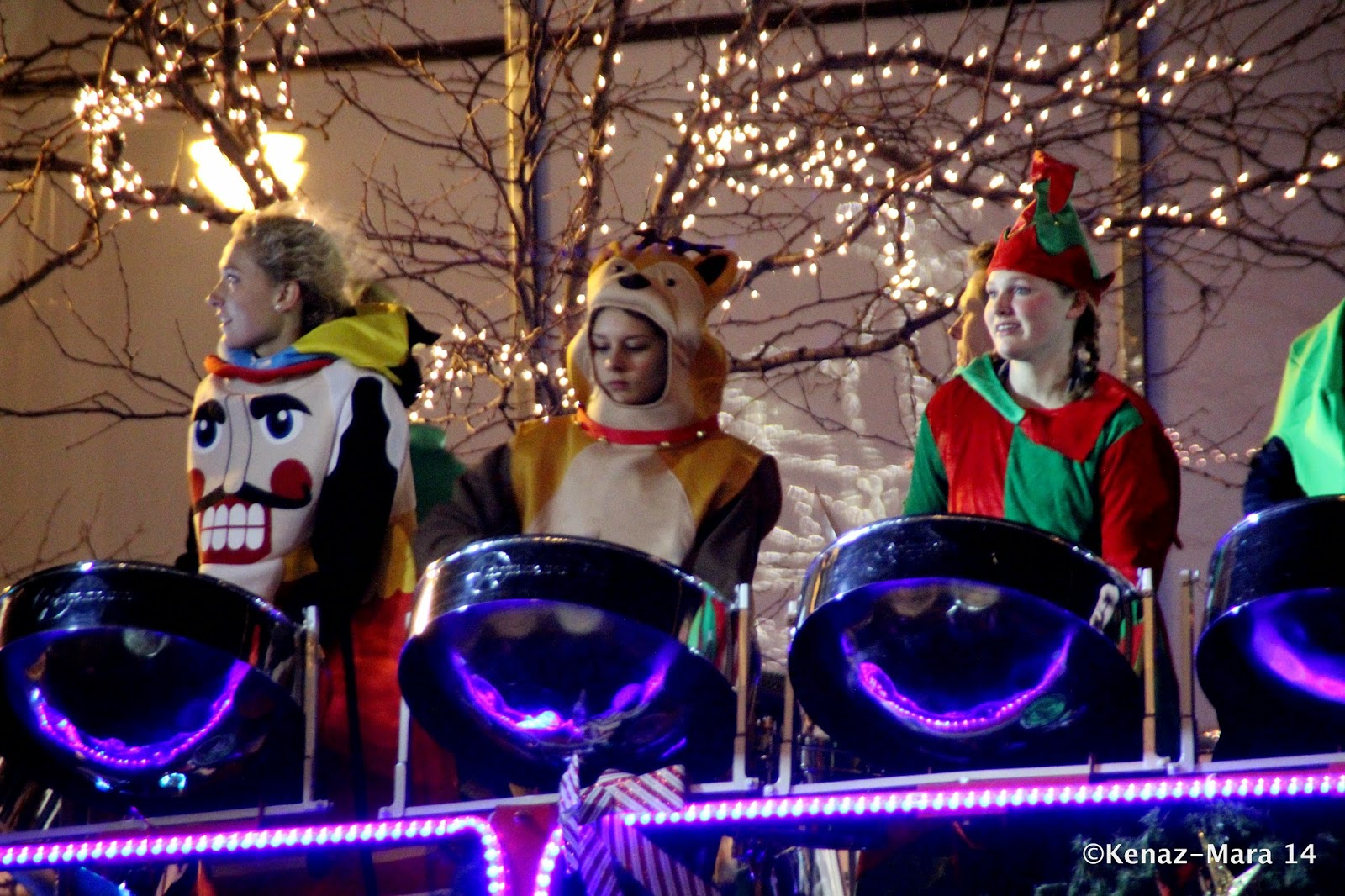 Somewhat like the infamous Ferris Bueller, we found ourselves accidentally at a Chicago parade last Saturday. We'd gone to see Lookingglass Theatre's Alice and got out just in time to hit the road closures and crowds for the lights festival. We just caught about an hour of the festivities, as we had to shoot a show that night at Concord Music Hall, but my kids and their friend, Mateo, were stoked for the parade, so we stayed. Here's our mini-photo recap.

We began with some silly face fun at M Burger in Watertower Place then staked out a spot outside of American Girl Place to watch the parade fun. It was fun to see so many current productions that we're reviewing represented like DEE SNIDER’S ROCK & ROLL CHRISTMAS TALE at Broadway Playhouse and Porgy and Bess at The Lyric Opera. 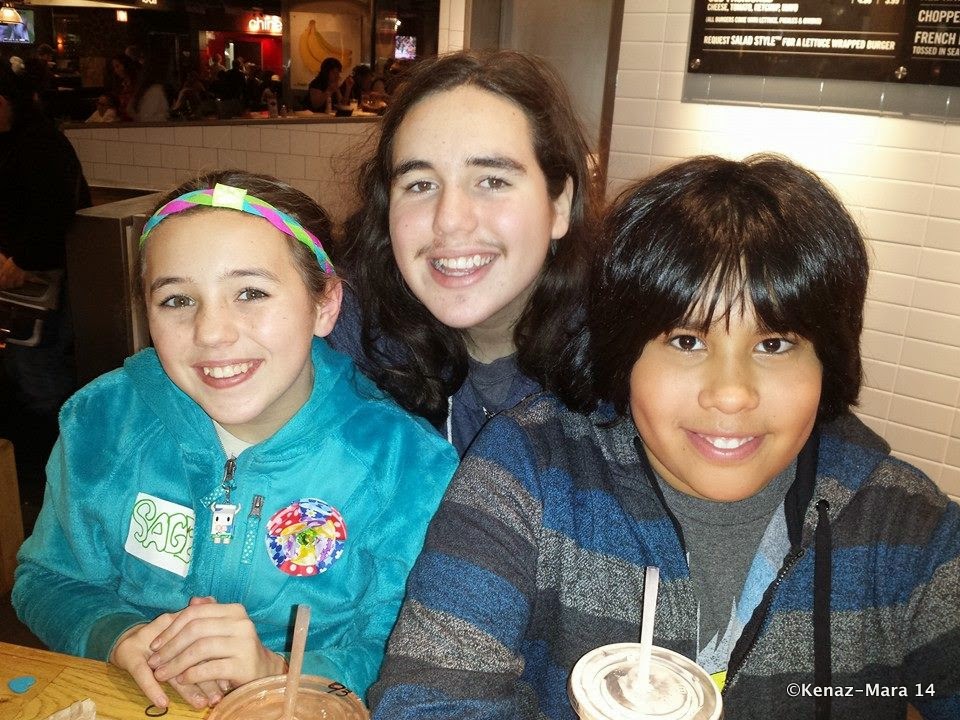 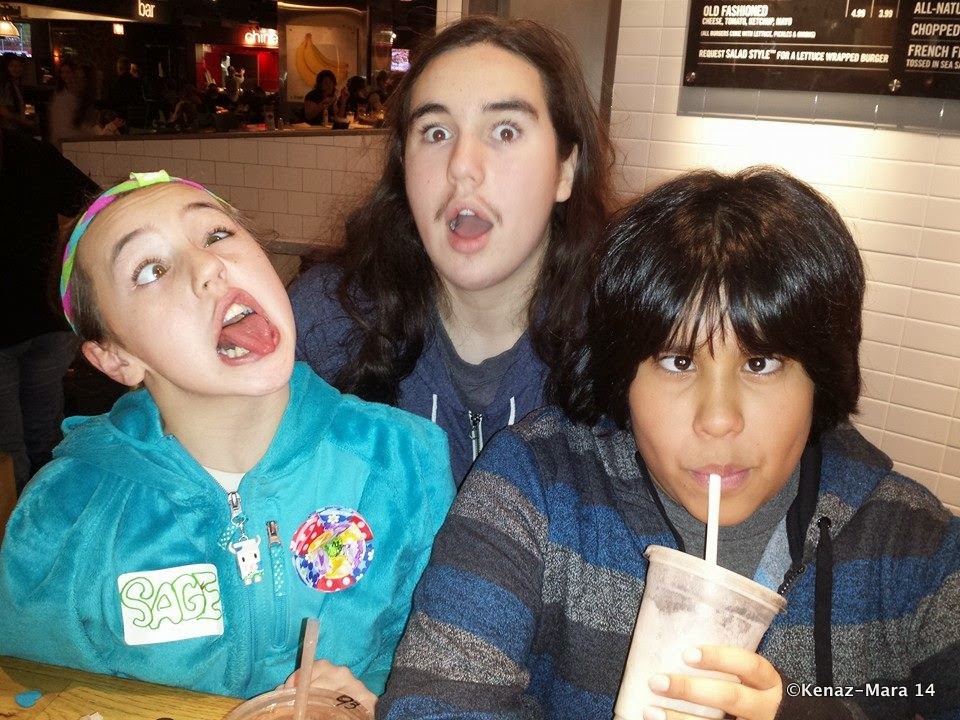 Here's the scoop on the parade/festivities from the official press release we got:

The Magnificent Mile® invites visitors to kick-off the holiday season like never before and experience this annual holiday tradition with a weekend full of family fun!

Look to The Magnificent Mile® in Chicago to celebrate the holiday season at the 23rd annual BMO Harris Bank Magnificent Mile Lights Festival on Saturday, November 22, 2014! Mickey Mouse and Minnie Mouse from the Walt Disney World® Resort in Florida will lead a magical evening lighting parade down The Magnificent Mile, illuminating more than one million lights on 200 trees along North Michigan Avenue. 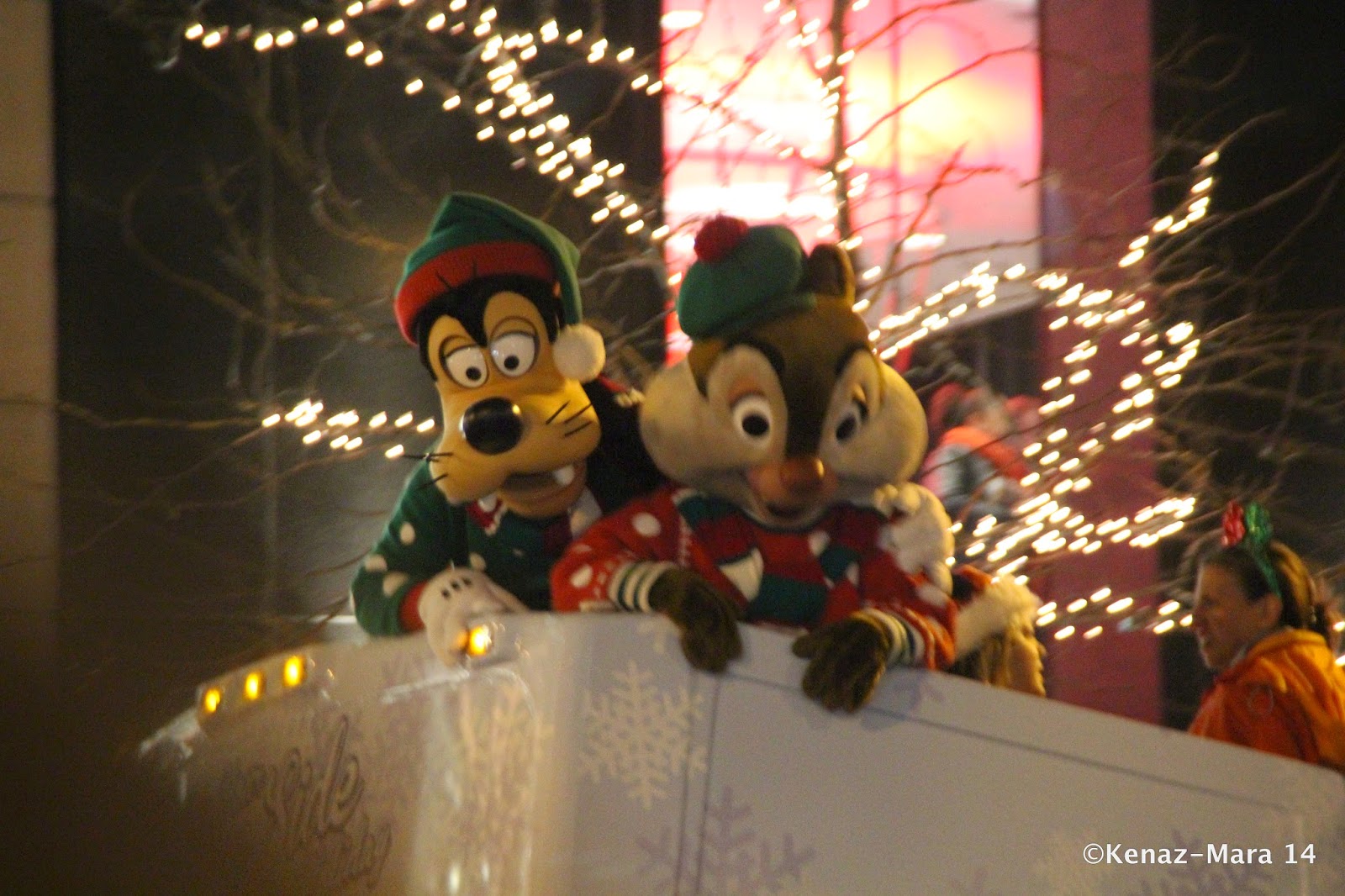 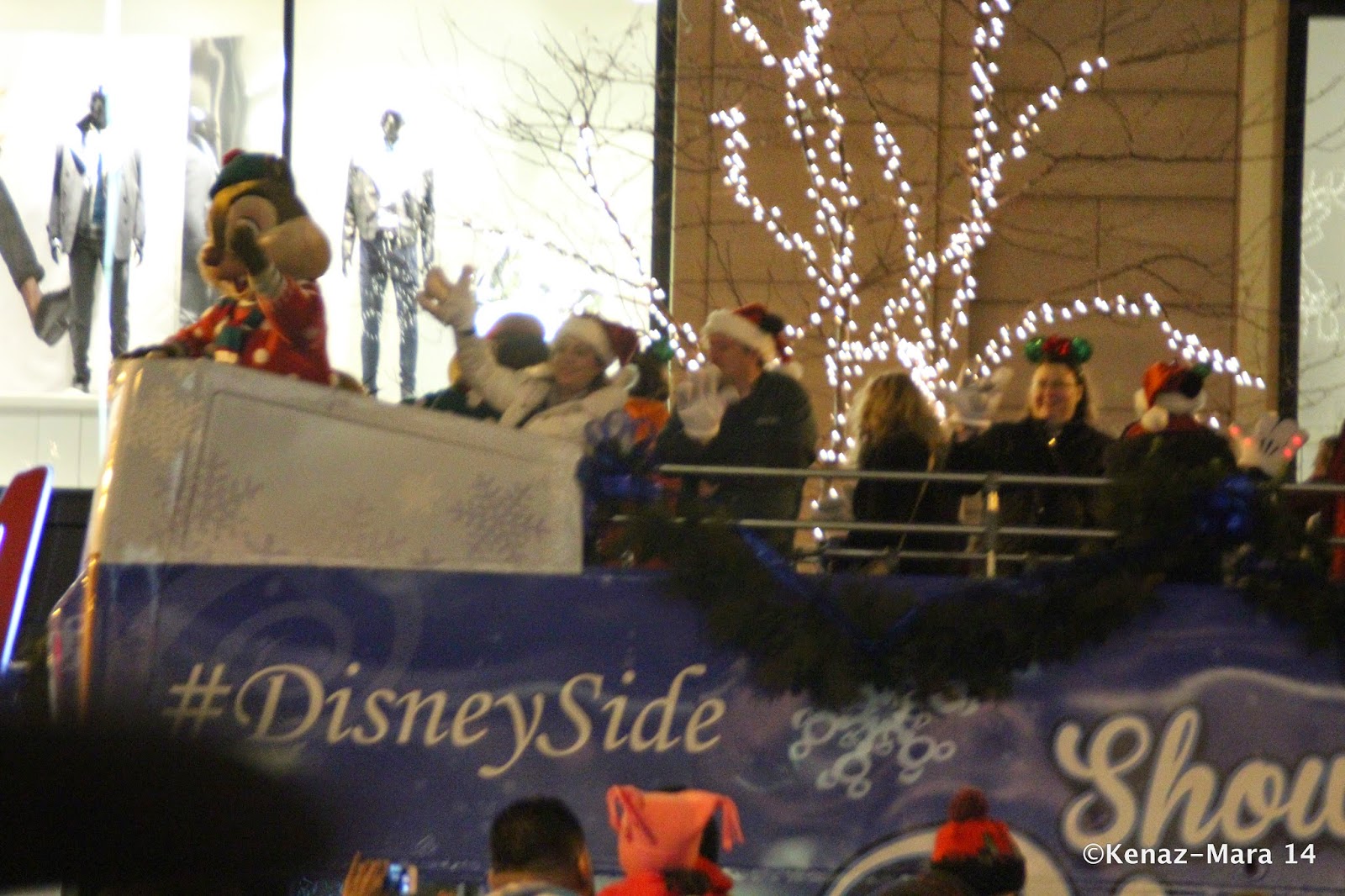 "Lights Festival is a special time for us to help create magical moments for families and friends who come together to celebrate the holiday season," said Justine Fedak, SVP, Marketing, BMO Harris Bank. "Because this event is filled with so many fun holiday surprises along The Magnificent Mile, we want festival goers to know that we're here to help! Our BMO employee volunteers will help make the Lights Festival experience even better for festival goers as they enjoy our many new and exciting activities throughout the day." 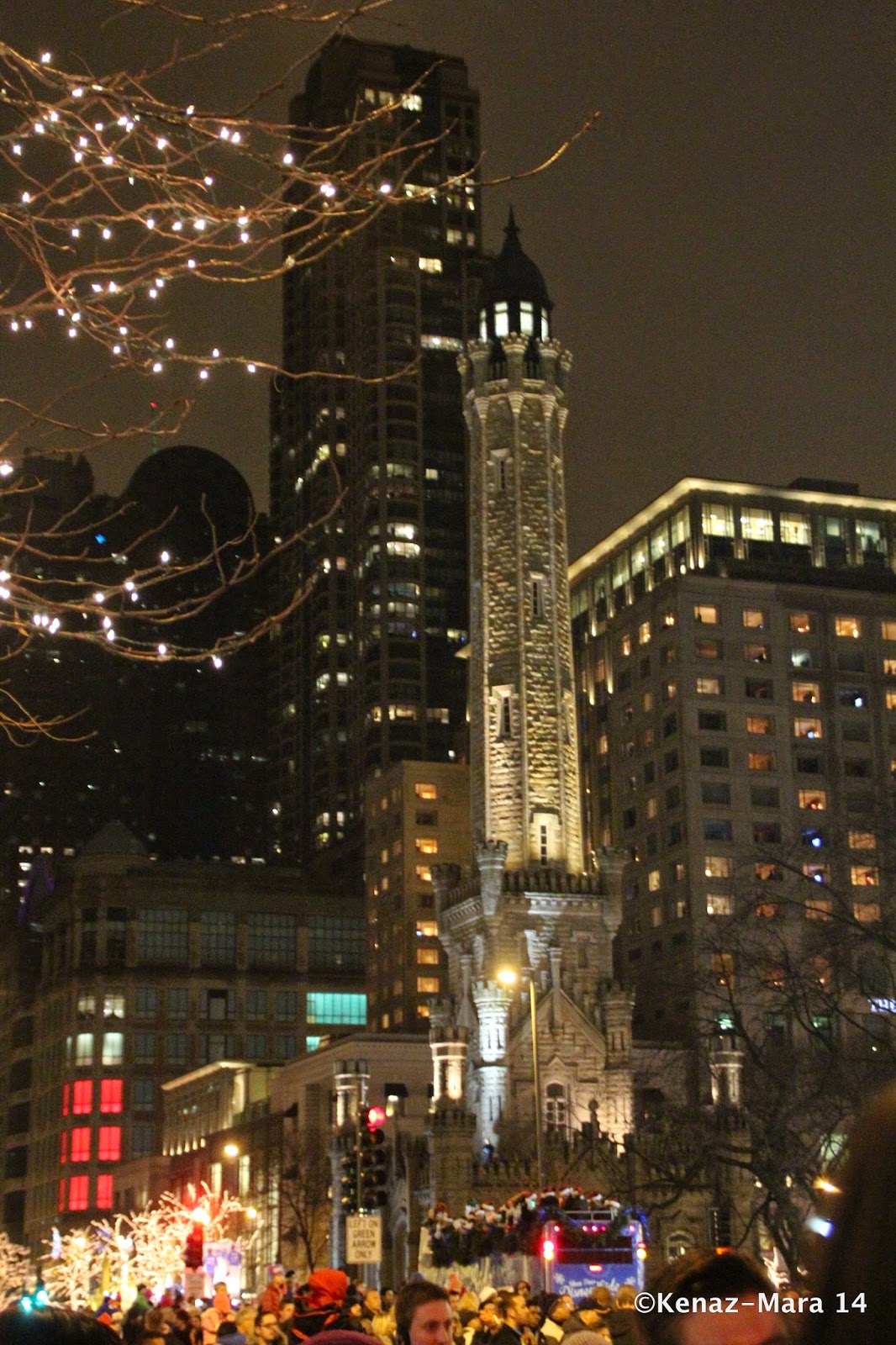 The beloved holiday tradition promises a weekend of festivities that family and friends can enjoy throughout The Magnificent Mile district, including an interactive wonderland of holiday-themed activities at Lights Festival Lane starting at 11:00 am on November 22 (Pioneer Court, 401 N. Michigan Avenue). Don’t forget to stop by one of three BMO Harris Helper Tents for inside tips and your hand warmers.

Festival goers will also have the chance to visit with Santa, brought to you by Walgreens, as well as participate in a family-fun holiday photo session, engage with interactive activities and sample some delicious treats. The 2013 completed BMO Harris Bank Community Art Project mural will be on display along The Magnificent Mile during the holiday season.

Top musical performers scheduled to take the BMO Harris Bank Stage during the afternoon’s live concert line-up include Justin Roberts and the Not Ready for Naptime Players, Jacquie Lee, presented by Radio Disney, and Kendall Schmidt. As the Official Airline of The Magnificent Mile, Southwest Airlines® presents Nico and Vinz, Norwegian singer-songwriter duo from Oslo. Fans can also look forward to meet-and-greets with their favorite stars throughout the day, including Jacquie Lee, presented by Radio Disney, and Nico and Vinz, presented by Southwest Airlines. 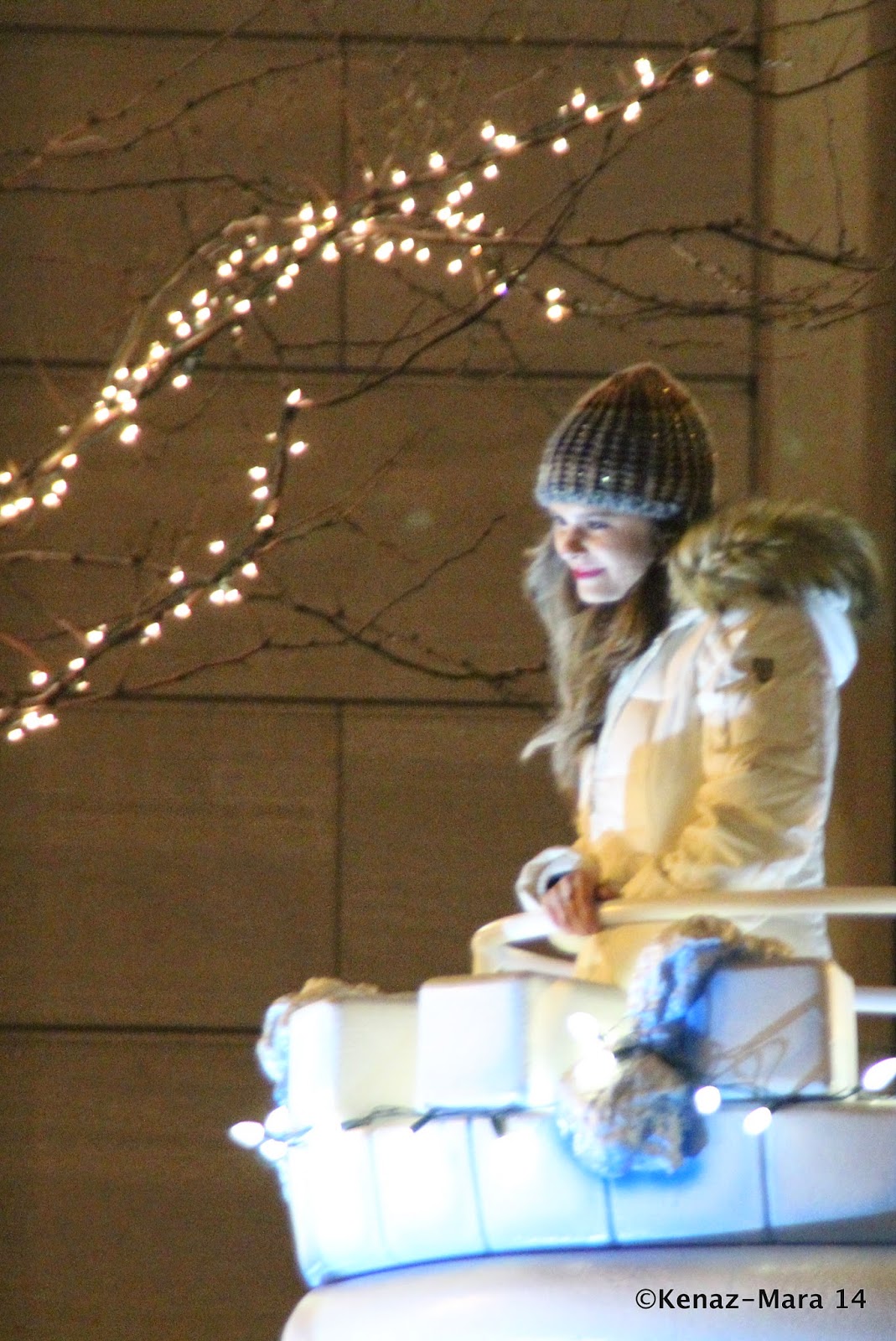 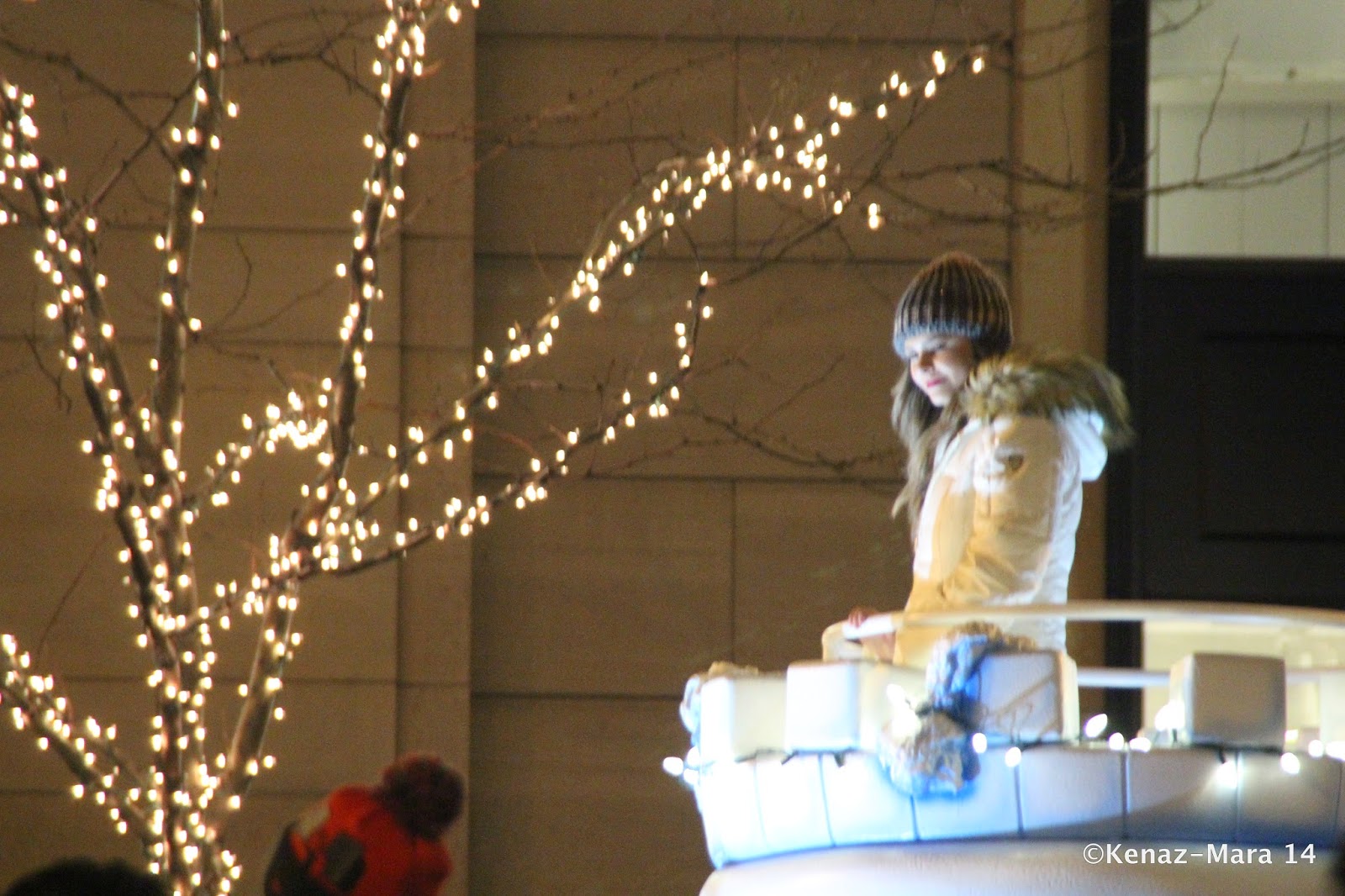 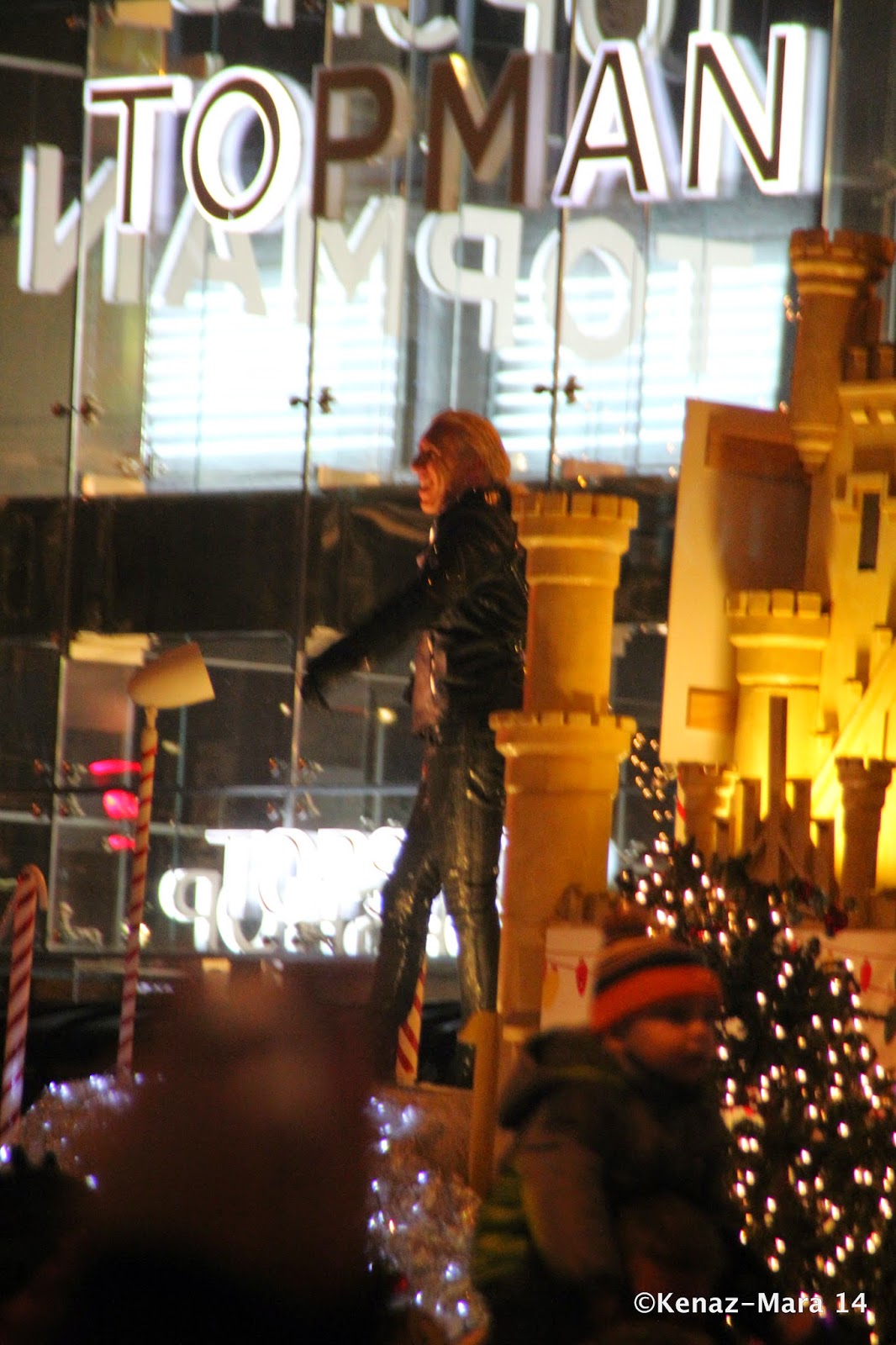 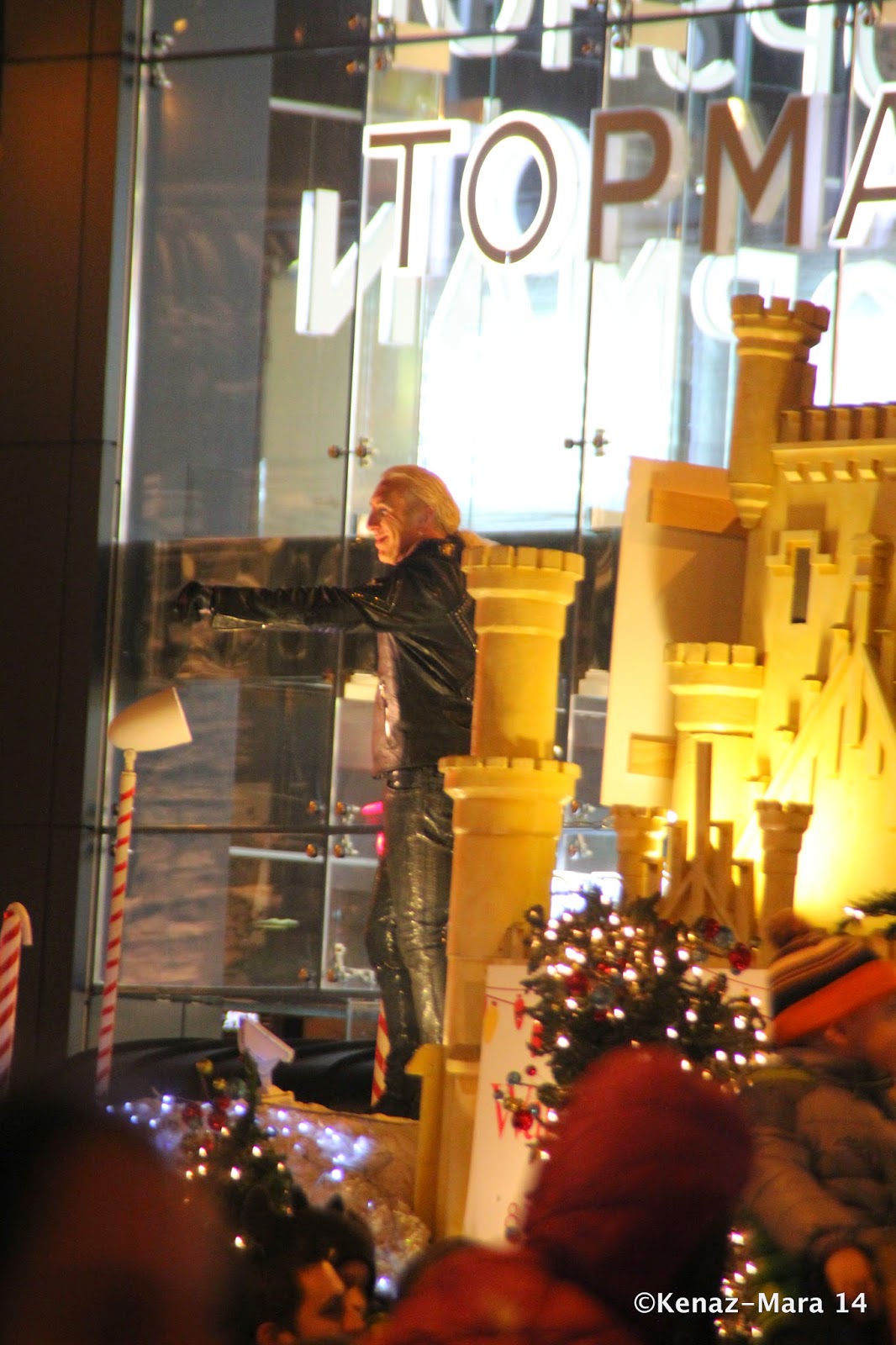 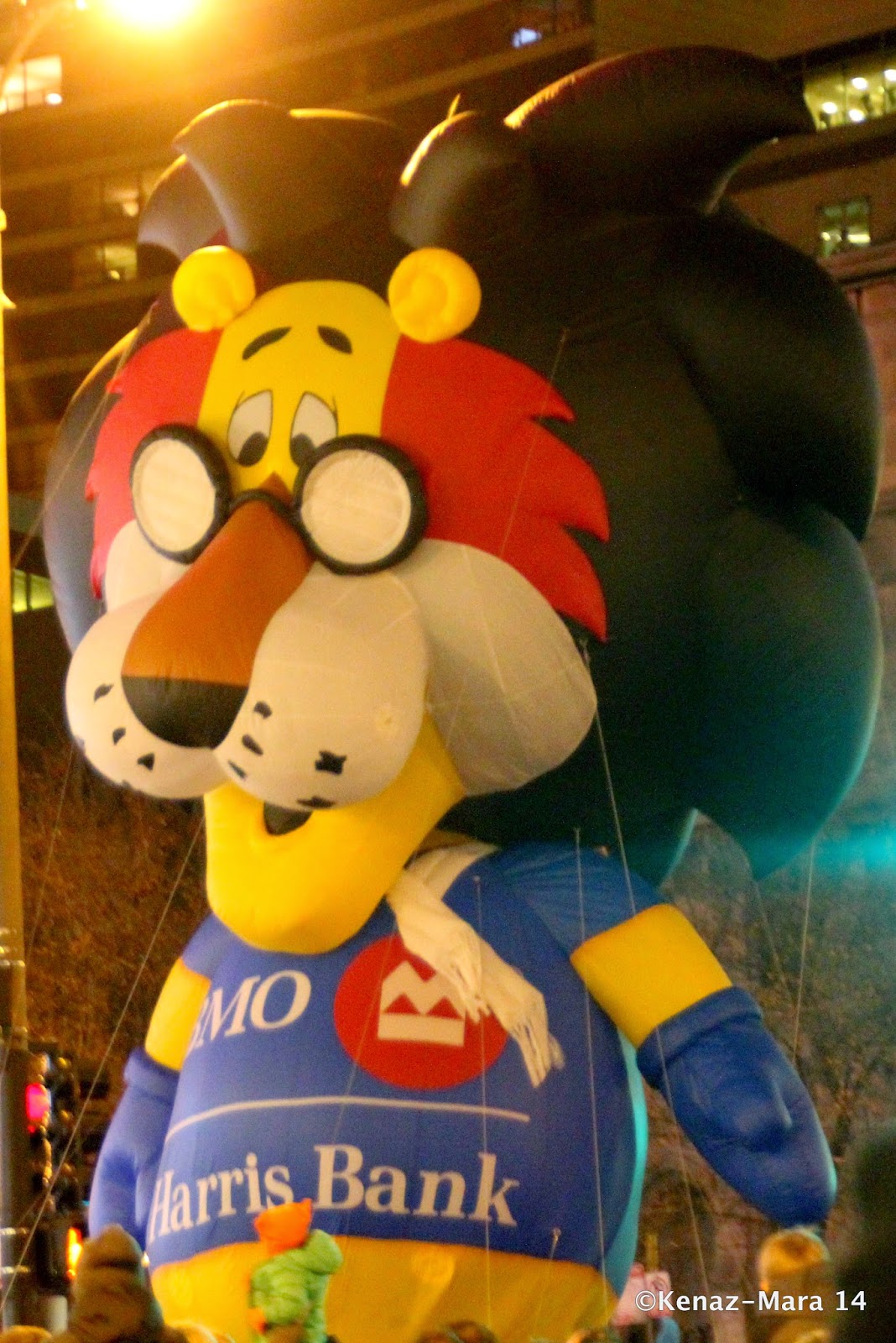 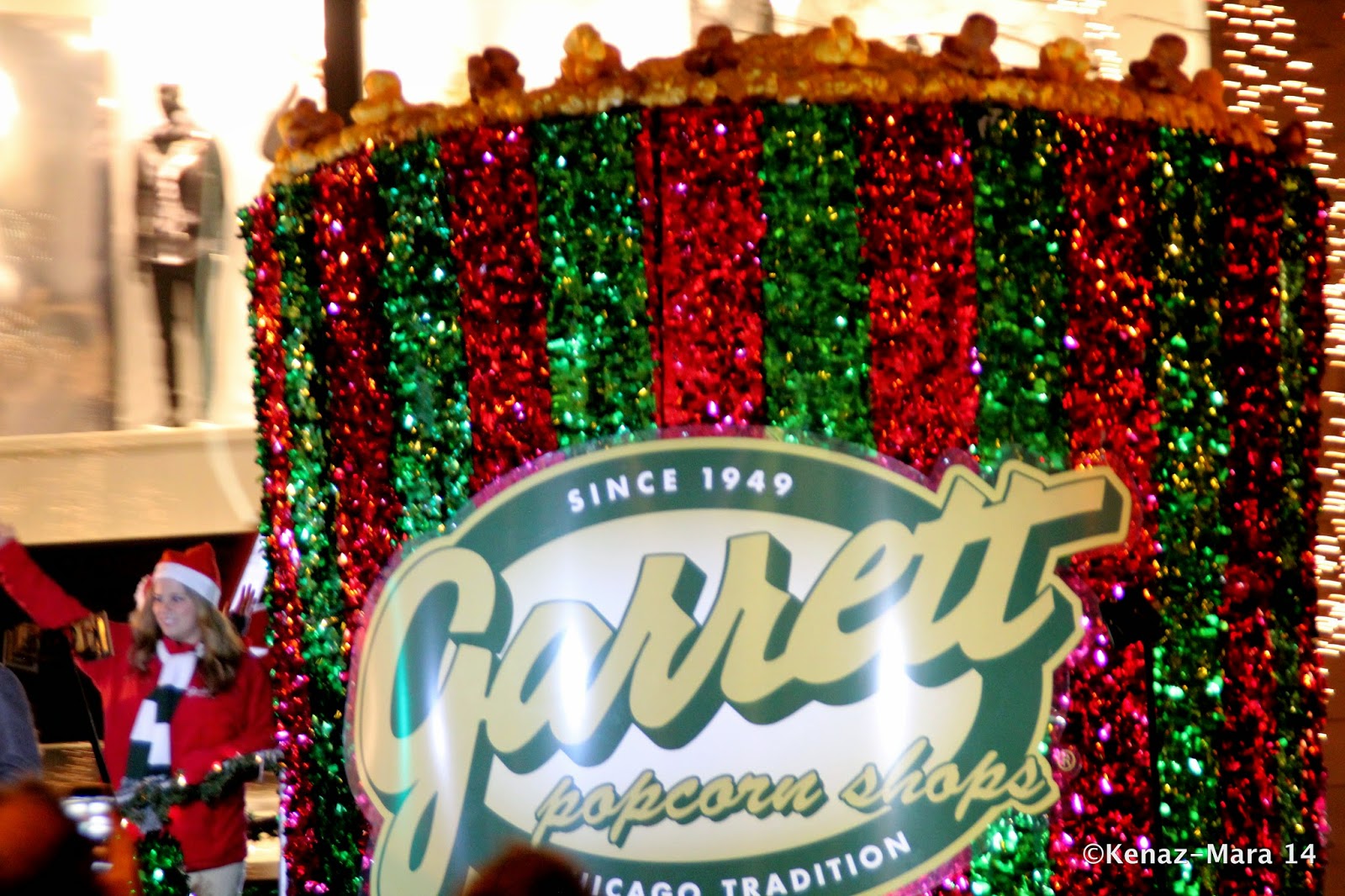 Audiences can expect crowd favorites to return such as Santa soaring above the crowds on the Illinois Office of Tourism float, the larger-than-life Hubert the Lion balloon from BMO Harris Bank and the world-famous scent of Garrett Popcorn Shop’s popcorn infused down the procession route from the shop’s float. Other visual masterpieces include a float made of life-size candy from Candyality and a Blackhawks trolley decorated with Chicago pride. 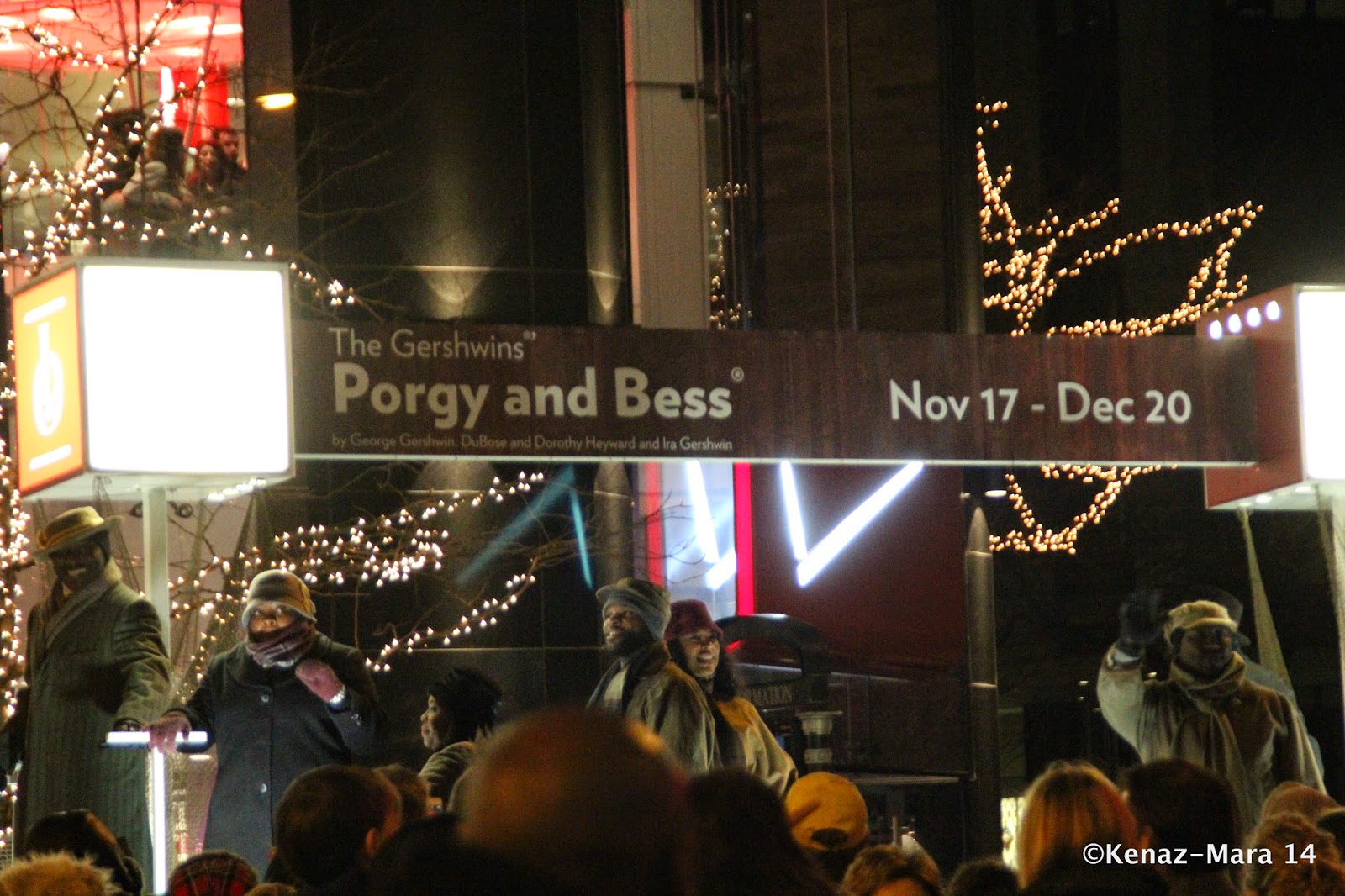 The BMO Harris Bank Magnificent Mile Lights Festival draws to a grand conclusion with a spectacular fireworks display over the Chicago River with more than 10,000 handmade fireworks shells from Lumina. 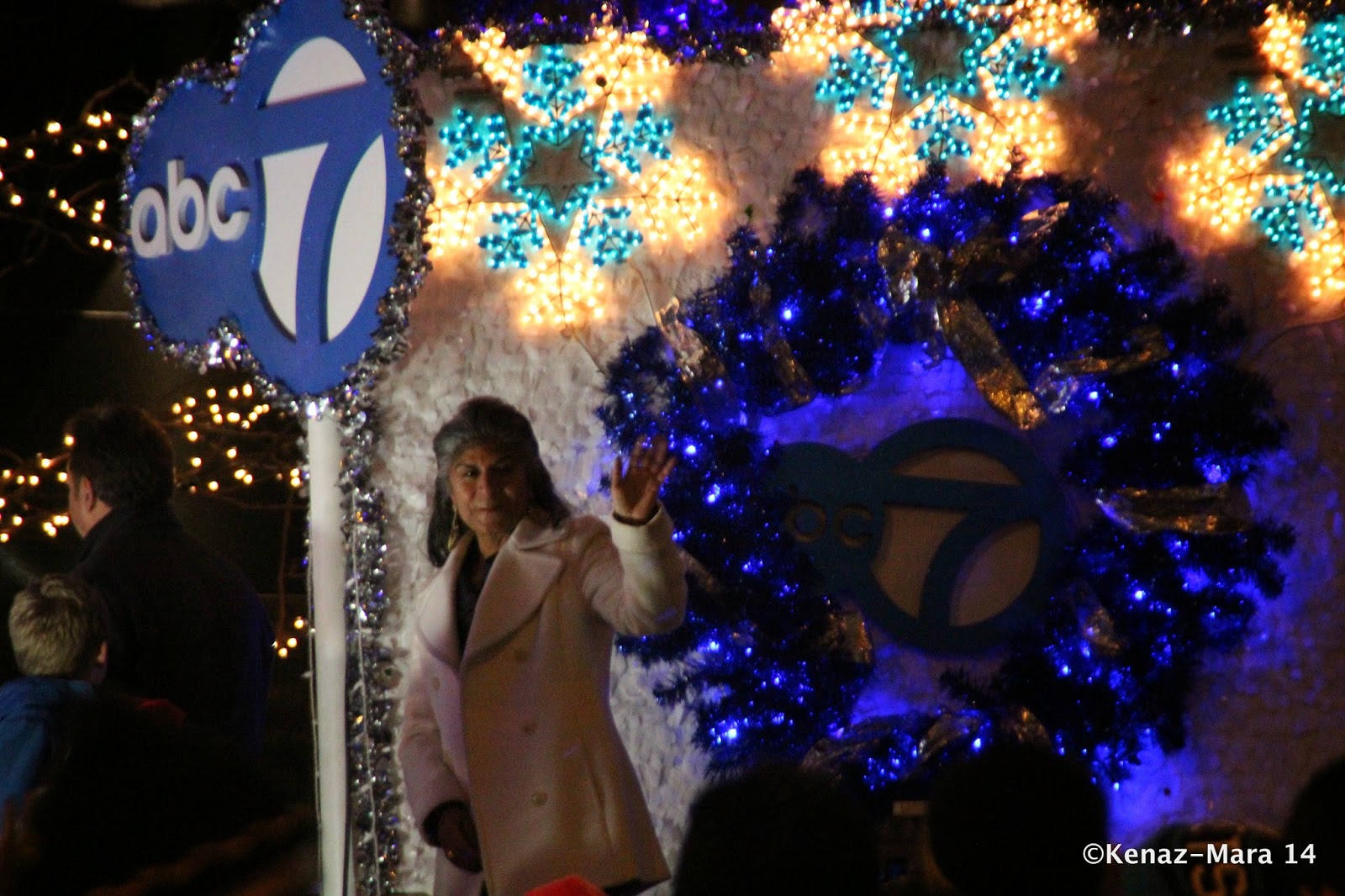 The nationally-televised event will be hosted by ABC 7 Eyewitness News Anchors Cheryl Burton and Alan Krashesky on Saturday, November 22 from 6 pm – 7 pm CST on ABC7 Chicago, with Janet Davies spotlighting some of the best acts from Broadway in Chicago and Tanja Babich capturing the magic from the street.

The Lights Festival will air in more than 85% of markets around the country throughout the holiday season. Viewers can find their local broadcast times at TheMagnificentMile.com or check their local listings to relive the magic. 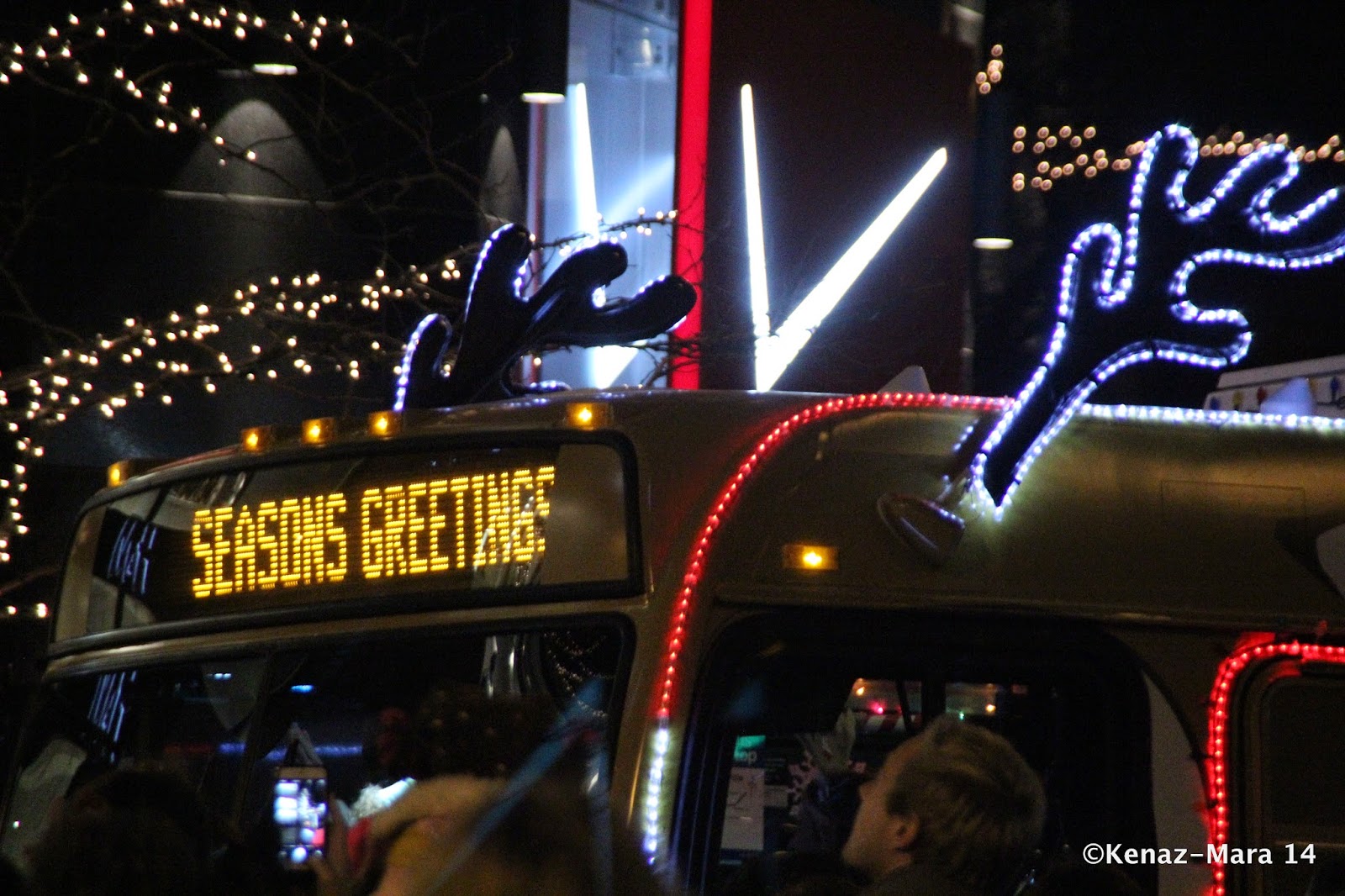 The BMO Harris Bank Magnificent Mile Lights Festival is also the perfect time to get a start on holiday shopping and explore the city like never before! Seasonal promotions and holiday happenings from area shops, restaurants, hotels and attractions continue throughout the season.

About The Magnificent Mile®
The Magnificent Mile® is Chicago’s premier destination, offering more than 460 stores, 275 restaurants, 60 hotels, unique museums and entertaining attractions to more than 20 million visitors each year. As one of the Great Avenues of the World, The Magnificent Mile district features extraordinary shopping, critically-acclaimed dining, world-class hotel accommodations, seasonal event campaigns and exceptional urban landscaping with more than 52 separate parkway gardens that reflect the changing seasons and complement the unique architectural beauty of Chicago. For more information, visit TheMagnificentMile.com or follow The Magnificent Mile on Facebook, Twitter, Pinterest and foursquare. 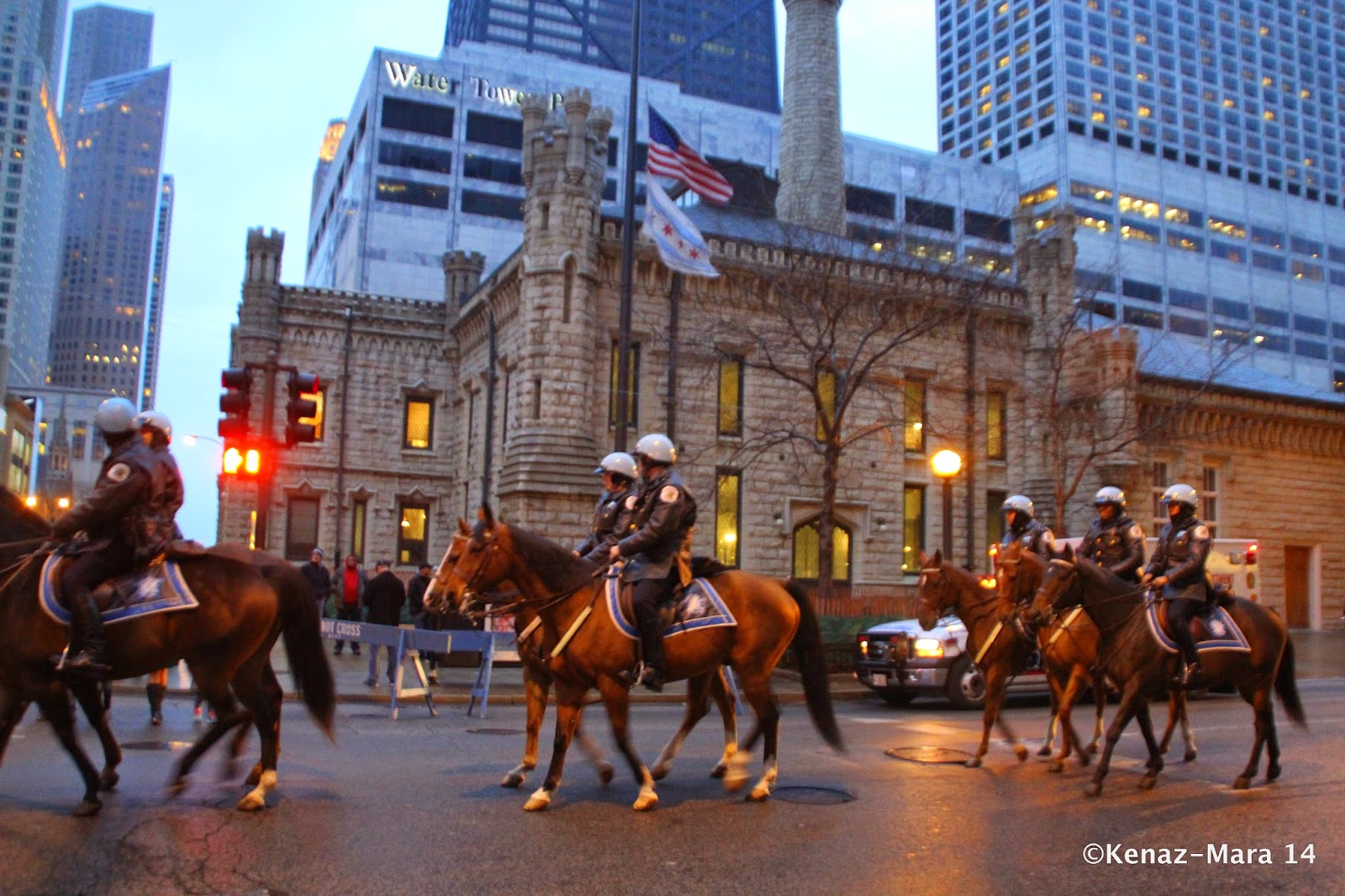 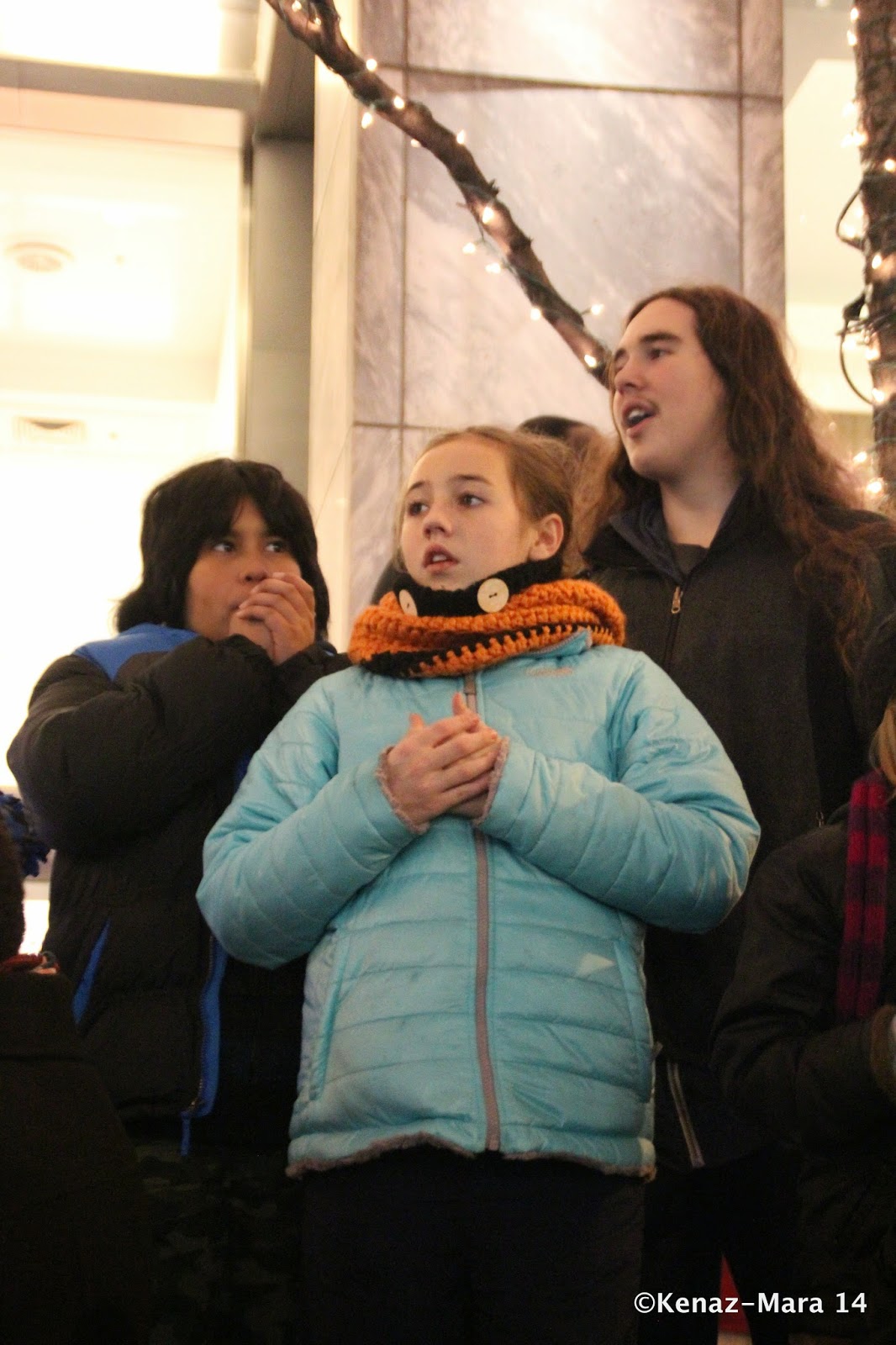 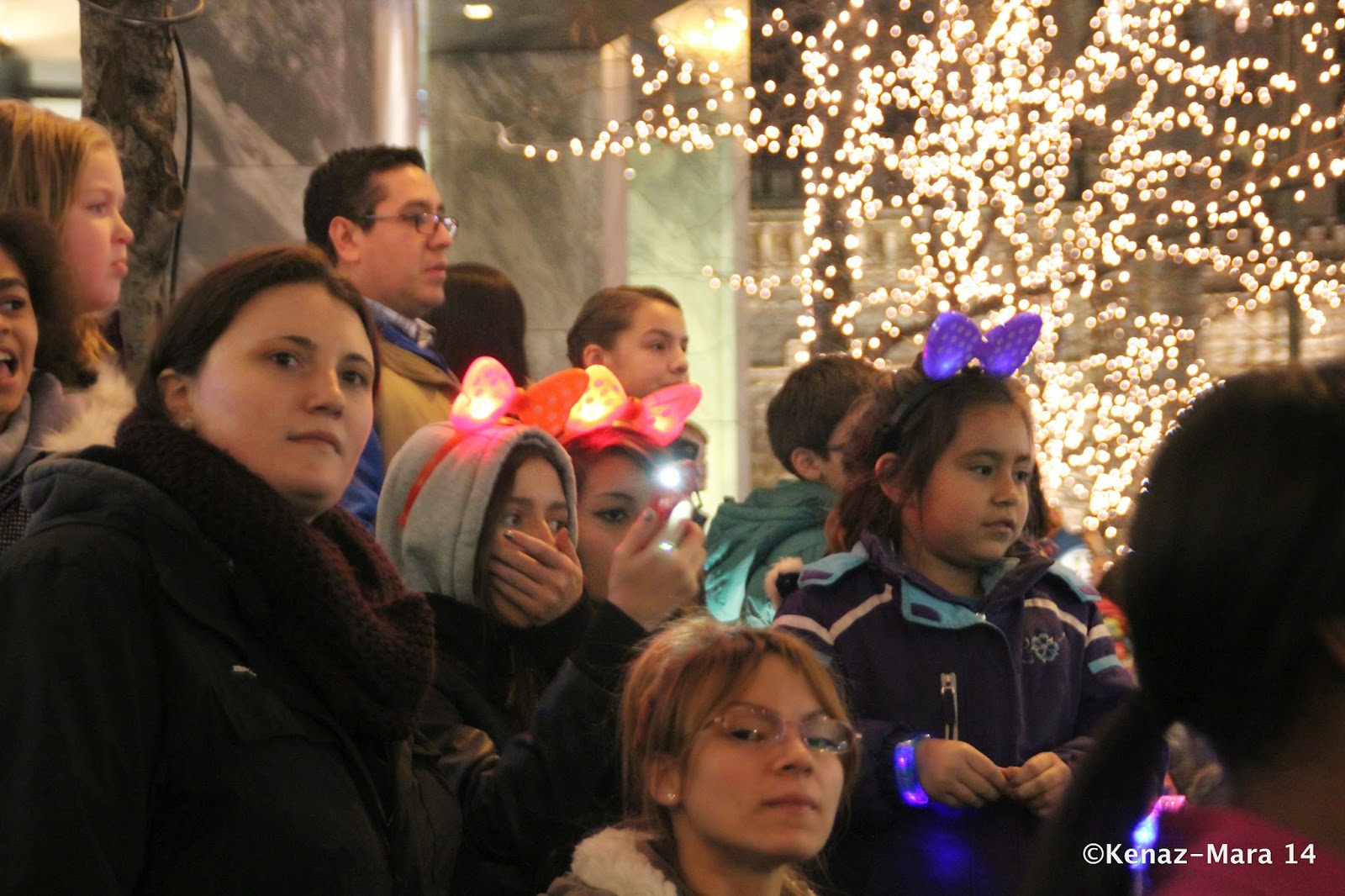 Posted by Bonnie Kenaz-Mara at 6:53 PM