Shrek The Musical Deluxe Edition Blu-ray™ and DVD out now!

Disclosure:  Thanks to Dreamworks and Twentieth Century Fox Home Entertainment for providing us with a review copy.  All opinions are our own.

If you've never checked out the original book by William Steig, we highly recommend it.  The book is even quirkier and cooler than the animated movies (which we also love), and we completely dig the Broadway musical adaptation!

Now the equation goes one step further with a Blu-Ray/DVD movie... of the play... of the book... 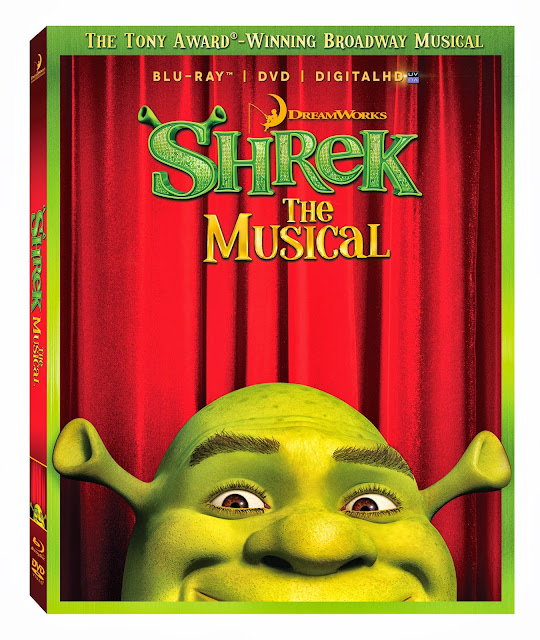 This one's a keeper!   Now out on DVD, Blu-ray and Digital HD from Twentieth Century Fox Home Entertainment. 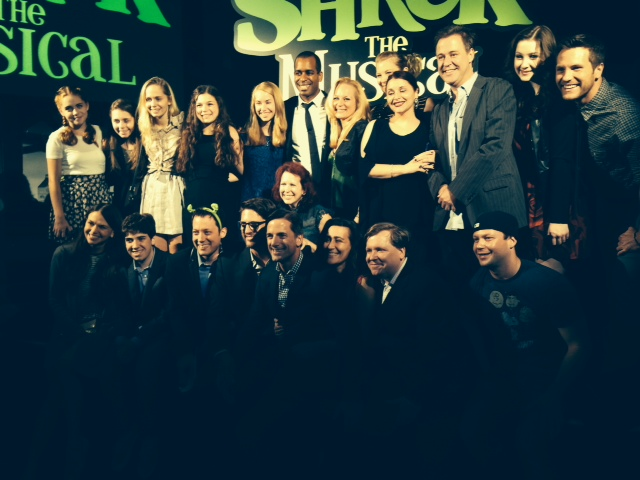 Featuring a fantastic score of 17 all-new songs, Shrek The Musical was filmed on stage to capture the magic of a Broadway performance and stars an amazing celebrated cast. The film was shot live on Broadway with 10 cameras and directed by Michael Warren. Now you can bring the magic of Broadway to your home and get the best seat in the house with Deluxe Edition Blu-ray™ and DVD out now!

Here at ChiIL Mama, we had a chance to give away 4 packs of tickets for our readers and review Shrek the Musical by the Broadway Touring Company and then again by Chicago Shakespeare Theatre, earlier this year.  Shrek the Musical is a pure joy to experience and fun for all ages.  Now you can take it home with you to enjoy over and over at your convenience!

Click here to check out our past Shrek the Musical coverage. 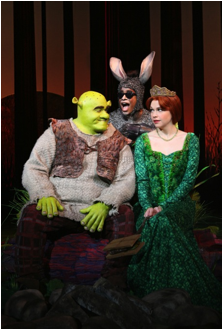 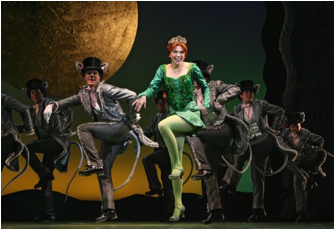 Experience The Magic Of Shrek The Musical On Blu-ray and DVD, Available Now!
With the Blu-ray, DVD and Digital HD release of Shrek The Musical releasing this week, fairy-tale fans and musical theatergoers alike can now experience the Grammy-nominated stage production in the comfort of one’s own home! Featuring a fantastic score of 17 brand new songs, Shrek The Musical was filmed on stage to capture the magic of a Broadway performance and features an all-star cast. 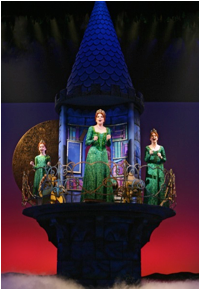 Here are 6 simple steps to emulate the magic of Broadway in your own living room:
Step One - Sight
No digital interpretation of the stage would be complete without a state-of-the-art projector that can produce an image of up to 150 inches. If a projector is too costly, a 40 inch television or larger will suffice to give the home audience the optimum visual experience.

Step Two – Sound
No ultimate living room entertainment set-up would be complete without a crisp surround sound system. With the ear being stimulated from 4 angles, the illusion of being immersed in a theatre can be achieved. 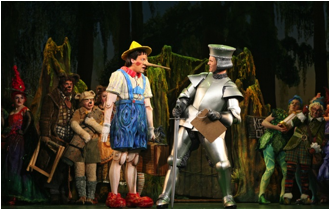 Step Three – Tickets Please
Why not design your own tickets to your show? Guests will have to show their tickets before entering the living room for example. German Shepherds dressed in tuxedos make excellent ushers too.

Step Four - Wow it’s Green in Here
With a simple purchase of green crepe paper attached to a range of living room light sources, a green filtered glow will engulf the room to create a wonderfully Shrek-like ambience.

Step Five - ‘Curtain Call Ladies and Gentlemen!’
The anticipation of waiting for the famous theatrical curtains to trickle away is no doubt one of the fundamental experiences of going to the theatre. With a curtain rail, fabric and some sticky tape, your living room will mirror the Gershwin’s famous curtain call in no time. 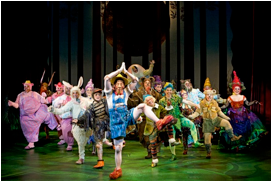 Step Five: Intermission:
Why not engage in a 15-minute interval? Prepare a refreshing beverage for the adults and load up on the ice cream for the kids. Don’t forget those little wooden spoons for the upmost authenticity.

Step Six: Applause:
Don’t forget to clap along with the audience when something particularly amusing or impressive arises on screen. Booing and hissing at the respective villains may also prove effective. Please note, please do not throw your shows or any object at the screen for fear of damaging your precious TV set.  Although all these tips may make you believe that you are in the theater, it’s not real remember.
We are sure you’ll love watching your favorite animated characters come to life like magic, and now you’re ready to experience it at home! Pick up the Blu-ray for your family to enjoy today! 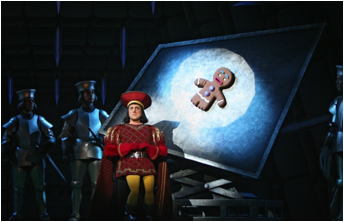 Get To Know The Shrek Bunch

The Cast Of The Animated Franchise Comes To Life On Stage and Blu-ray, This Week!

The loved and laughable DreamWorks animation Shrek is brought to life in Shrek The Musical and enjoyed by fans and families of the Broadway stage. Now you can bring the excitement to your living room when you pick up the musical on Blu-ray and DVD. What better way to celebrate the release than a brief introduction to the stage cast of your favorite animated movie. Read down to find out who among them was a Bunhead, a Julliard graduate, and will be starring in a Shakespeare Classic this season.  Meet the Shrek bunch! 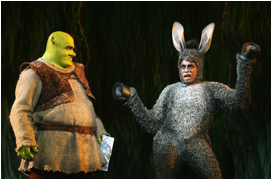 Bryan D’arcy James – Bryan plays the role of our beloved ogre Shrek. While he’s sure to win you over in his green role he’s definitely not new to the stage. Mr. Darcy will be star opposite Ethan Hawke in the Lincoln Center Theatre production of Shakespeare’s Macbeth. The talented artist is also notable on the screen too, most recently for his role as Frank Houston on NBC’s Broadway themed drama ‘Smash’.  You’re probably wondering if he sings too, and he does, his solo debut album is From Christmas Eve to Christmas Morn.

Sutton Foster - Princess Fiona is brought to life by the beautiful Sutton Foster. The multi talented artist (actor, singer, and dancer) is best known for her role in the fan favorite ABC Family series ‘Bunheads’, for which she earned a Critic’s Choice Television Awards nomination. Using her beautiful voice, Sutton has performed at venues across the country performing in concerts such as Funny Girl, They’re playing out songs, Chess, and many more.  Like her fellow cast mate, she also works on solo album projects, releasing two albums, Wish and An Evening with Sutton Foster – Live at the Café Carlye. 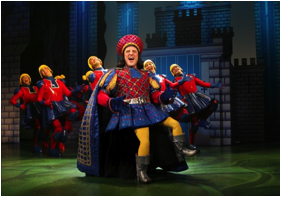 Christopher Sieber - Every story needs a villain and none is more villainous than Lord Farquaad, played by Christopher Sieber.  His performance as the miniature maniacal royal is sure to make your living room erupt with laughter and boo’s. Chris’ talent has also been enjoyed in various Broadway productions, such as Pipin, Spamalot, Beauty and The Beast, Into the Woods, and much more. He most recently debut his solo concert  “Minnesota Boy Does Well: Tales from Back and Center Stage.”  Fans of the Olsen twins may also remember him from the ABC comedy Two Of A Kind, in which he played the girls’ father.

Daniel Breaker- The character enjoyed equally by parents and their kids is Shrek’s smart tongued sidekick, Donkey.  As the liveliest character of the musical, Daniel Breaker brings sass, smarts, and laughter to the stage.  The Julliard Scholl Graduate has starred in several Tony and award winning productions such as Passing Strange, Cymbeline, and more. Off screen he has appeared in top titles such as Limitless opposite Robert DeNiro and Bradley Cooper, the Spike Lee-directed project entitled Redhook Summer and Passing Strange.

John Tartaglia - What do Pinocchio, The Magic Mirror, Dragon Puppeteer all have in common? They are all John Tartaglia. The talented Tartaglia is best known for producing, creating, and starring in the 8-time Emmy nominated children’s show “Johnny and the Sprites”. Additionally, he received a Tony Award Nomination for his role in the Tony-Award winning musical Avenue Q, in which he originated the roles of Princeton and Rod. Most exciting of all his credits may be his 12-year stint on Sesame Street, making him one of the youngest puppeteers to ever perform on the historic show.

We are sure you’ll love watching your favorite animated characters come to life like magic, and now you know the people that are behind that magic! Pick up the Blu-ray for your family to enjoy today!

Disclosure:  Thanks to Dreamworks and Twentieth Century Fox Home Entertainment.   for providing us with a review copy.  All opinions are our own. 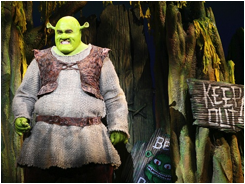