Wow!  Thirty years have gone by in a flash, but at the risk of dating myself, I still remember when Flashdance rocked the film & fashion world.  I was a sophomore in high school and vividly remember when leg warmers and off the shoulder work out tops became all the rage.   Flashdance hit a chord and the scrappy success story resonated with many.

It was a pleasure to take my own daughter, to the world premier of this stellar stage adaptation, and share this piece of my childhood with the next generation.  We caught opening night and thoroughly enjoyed the energetic cast, fun costumes, choreography and set design.

If you haven't caught Flashdance yet, go already!   This limited engagement leaves Chicago after 8/18. 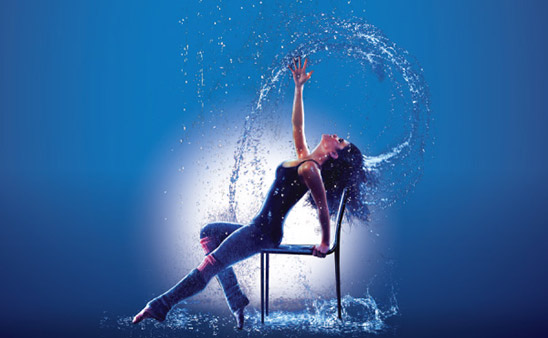 STAGE ADAPTATION OF THE HIT FILM

Now Playing at the Cadillac Palace Theatre
Broadway In Chicago is thrilled to announce FLASHDANCE – THE MUSICAL, the stage adaptation of the 1983 hit film that defined a generation, opens tonight, Tuesday, August 6, 2013 at 7:30 p.m. FLASHDANCE – THE MUSICAL will play the Cadillac Palace Theatre (151 West Randolph) for a limited two week engagement through August 18.
With electrifying dance at its core, FLASHDANCE‐THE MUSICAL tells the inspiring and unforgettable story of Alex Owens, a Pittsburgh steel mill welder by day and a bar dancer by night with dreams of one day becoming a professional performer. When romance with her steel mill boss threatens to complicate her ambitions, Alex learns the meaning of love and its power to fuel the pursuit of her dream.

Celebrating its 30th Anniversary, the original Paramount Pictures film was a worldwide smash hit that became a pop culture phenomenon, grossing over $150 million and featuring a Grammy Award‐winning soundtrack. FLASHDANCE – THE MUSICAL features a score including the hit songs from the movie, all of which became Top Ten hits on the radio around the world including the Academy Award‐winning title song “Flashdance – What a Feeling,” “Maniac,” “Gloria,” “Manhunt,” “I Love Rock & Roll.” In addition to these hits, 16 brand new songs have been written for the stage.

As previously announced, FLASHDANCE launched on January 1 at Pittsburgh’s Heinz Hall with an official opening on Thursday, January 3 and continues on to more than 25 cities with additional bookings to be announced.
**In addition to the US national touring company, a second company of FLASHDANCE will be assembled on Broadway for an open‐ended engagement.**

Directed and choreographed by Sergio Trujillo (Jersey Boys, Memphis, The Addams Family), FLASHDANCE features a book by Robert Cary and Tom Hedley (co‐writer of the original screenplay with Joe Eszterhas) with music by Robbie Roth and lyrics by Robert Cary and Robbie Roth.
The production features scenic design by Klara Zieglerova, costume design by Paul Tazewell, lighting design by Howell Binkley, with projection design by Peter Nigrini and sound design by John Shivers and David Patridge. Hair & wig designs are by Charles LaPointe and make‐up design by Cookie Jordan. The production also features music supervision and vocal and incidental arrangements by Jason Howland, orchestrations by Doug Besterman and dance arrangements by Jim Abbott. 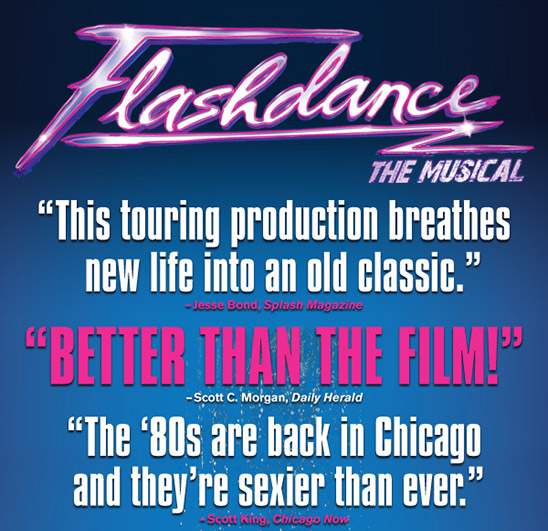