ChiIL Mama and Weasel Momma of World of Weasels Blog hit the road together like Thelma and Louise without the cliff plunge,  in the sweet, completely redesigned Ford Fusion.   We got to check out the new safety features for 2013 that combat lane swerving, rear ending and other perils of drowsy driving.

Did you just snooze through it?   Bet you didn't know November 12-18th was Drowsy Driving Awareness Week.   It seems like there's a week or month for every cause now, but this one is huge and impacts everyone....sometimes literally

One of my good high school friends, Jeff, died at age 20, coming home for break with a friend from college.   He was brilliant, funny and had a promising political career in mind.  His dreams ended with a broken neck because the driver fell asleep.

A decade later, Ani, a close friend of my husband's died coming home from Wisconsin where she'd been teaching rock climbing to environmentalists.   Both the front and back seat passengers died when the driver fell asleep.  She was strong, dedicated and smart.  She was 30.

People who would never dream of driving drunk, take their lives and the lives of others into their hands when they drive drowsy.   As Thanksgiving weekend is upon us, and many families will be traveling to be with loved ones, it is especially crucial to know your limits and not...I repeat...not drive drowsy!!   When the turkey tryptophan kicks in, it's not the time to be on a road trip.

844 Traffic Deaths This Year
The highway signs proclaimed this grim statistic as I headed out to Naperville to meet up with Ford and AAA for a Drowsy Driving Awareness Week Brunch last Thursday, November 15th.  Every time we've hit the highway this year, my kids (9 & 11) notice and remark on the ever changing death toll signage for the state of Illinois.

I had the great opportunity to meet with Beth from AAA and ask her a few questions.   She said the death rates are up this year after a steady decline for years.   One reason is the rebounding economy means more people are on the road, and more of those people are texting and driving, multitasking in dangerous ways with cell phones, or driving tired. 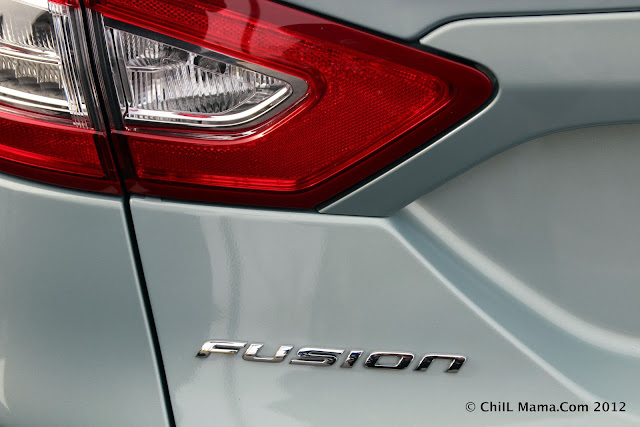 We also got to hear how Ford is making the roads safer with anti-drowsy technology.   Their new 2013 Fusion has been completely revamped and with the tech package add on, it's got some great bells and whistles to wake up dozing drivers and decrease accident rates.

ChiIL Mama and Weasel Momma of World of Weasels Blog took a drive together in the sweet, new Fusion.   Fortunately we'd just downed copious amounts of coffee at brunch with Ford, so we were worlds away from sleepy.   We made a few test swerves and a slow drift into the other lane to see what the Fusion would do. 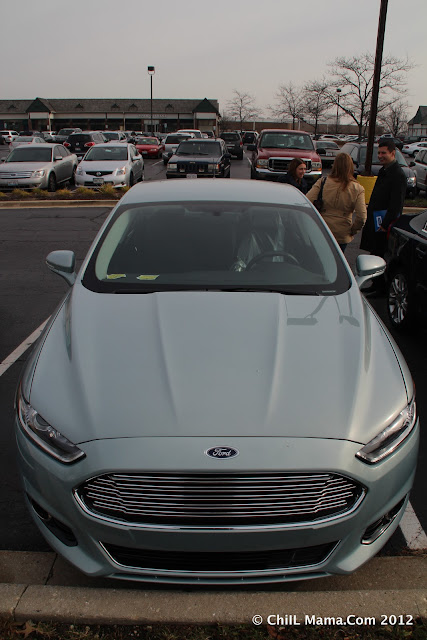 This car is so smart it has a Ford Driver Workload Estimator that can tell if you're dozing off from the pressure and placement of your hands on the wheel.  If you're drifting, there's a Lane Keeping System With Driver Alert.  The wheel vibrates, a light comes on to suggest coffee, and the car will even engage the brakes if you get too close to traffic in front of you.   It won't brake for you, but it does everything but...getting the brakes prepped and ready to go in a split second.   Those safety features can be turned off and don't kick on until you hit 40, so it won't vibrate with every turn and lane change. 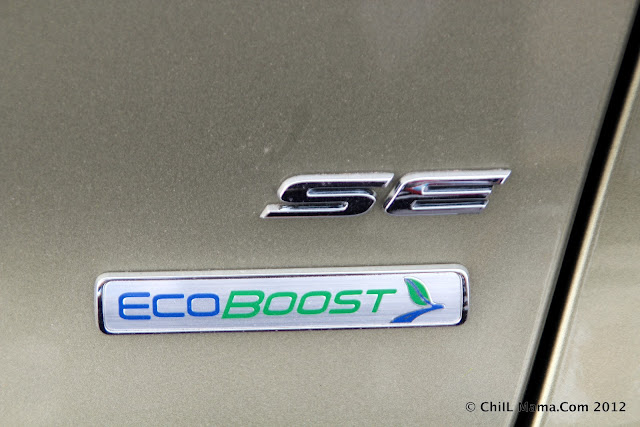 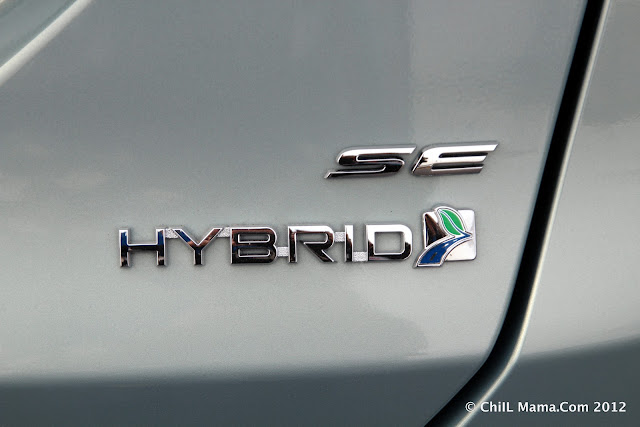 Even the cruise control is adaptive, so no more tapping the breaks for slow traffic and accelerating again.   Fusion's got it under control all by itself.   It even parallel parks itself with a simple push of a button. 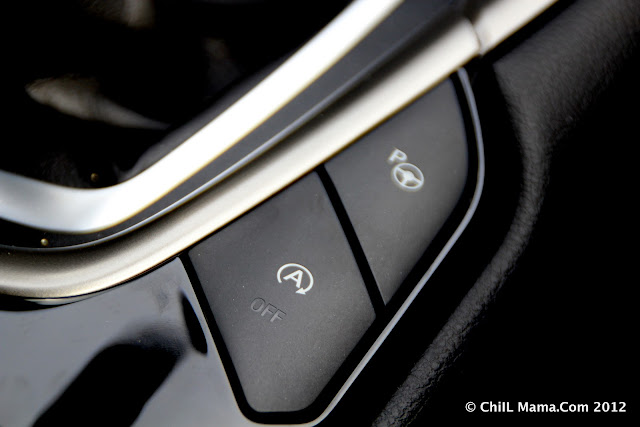 I was also geeking out over BLIS--the blind spot information system.   There are few things more nerve wracking than checking your mirror for an all clear,  changing lanes and seeing a car materialize where there was none--with a blaring horn and a glaring driver.   It happens.   This cool little safety feature is imbedded in the side mirrors and shows you what's in your blind spot!   Pretty sweet. 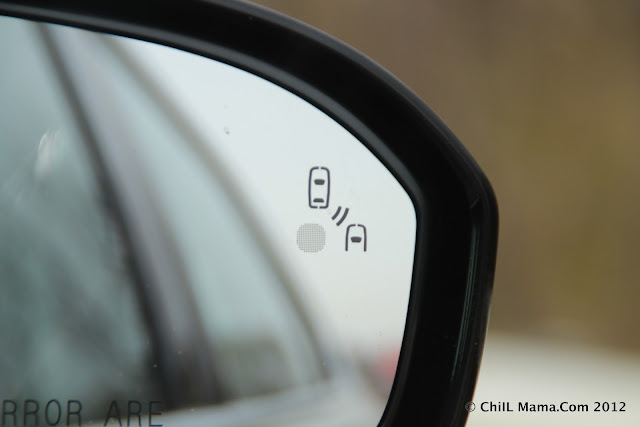 The GPS and Bluetooth enabled dash cut down on distracting personal gadgets and have a Do Not Disturb button to block incoming calls and texts and divert them into voicemail for later.   Can you make one that mutes kids in the back seat? 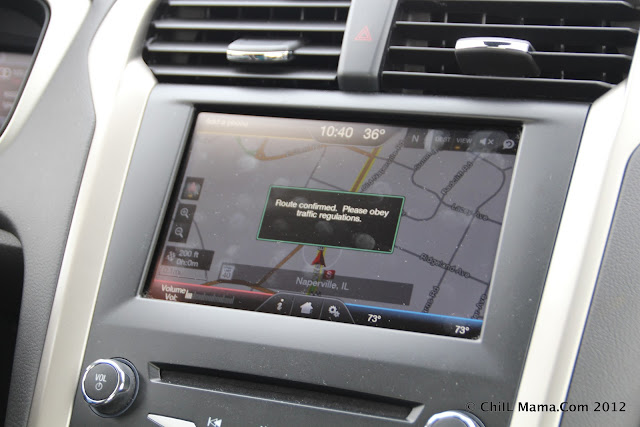 We also dug the gas saving feature that shuts the car down at stops for a substantial savings.  Ford Fusion is the only car on the market to integrate all of these safety features.


Check out these telling stats from DrowsyDriving.org

According to the National Sleep Foundation’s 2005 Sleep in America poll, 60% of adult drivers – about 168 million people – say they have driven a vehicle while feeling drowsy in the past year, and more than one-third, (37% or 103 million people), have actually fallen asleep at the wheel! In fact, of those who have nodded off, 13% say they have done so at least once a month. Four percent – approximately eleven million drivers – admit they have had an accident or near accident because they dozed off or were too tired to drive.
The National Highway Traffic Safety Administration conservatively estimates that 100,000 police-reported crashes are the direct result of driver fatigue each year. This results in an estimated 1,550 deaths, 71,000 injuries, and $12.5 billion in monetary losses. These figures may be the tip of the iceberg, since currently it is difficult to attribute crashes to sleepiness.

Who is at risk?
Sleep related crashes are most common in young people, especially men, adults with children and shift workers. According to the NSF’s 2002 poll:

Nearly three-quarters of adults in America (71%) drive a car to and from work, and many are drowsy drivers, according to NSF’s 2001 Sleep in America poll. More than one-fourth of these respondents (27%) said they have driven drowsy to or from work at least a few days a month, 12 percent drove drowsy a few days a week, and four percent said they drove drowsy every day or almost every day.
Sleep deprivation and fatigue make lapses of attention more likely to occur, and may play a role in behavior that can lead to crashes attributed to other causes. 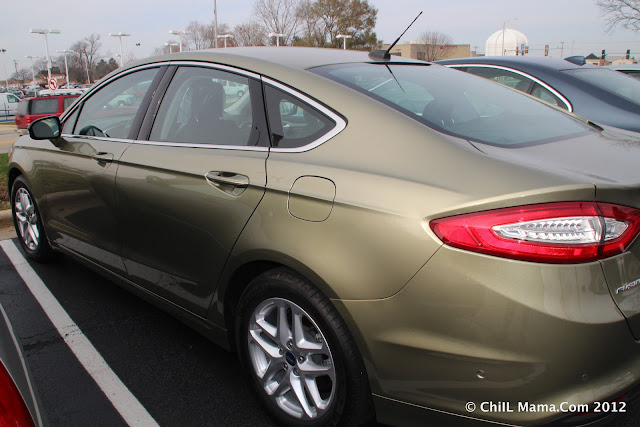 Posted by Bonnie Kenaz-Mara at 6:00 PM