Last Chance: 4 Free Tickets To Boogers This Sunday At Noon 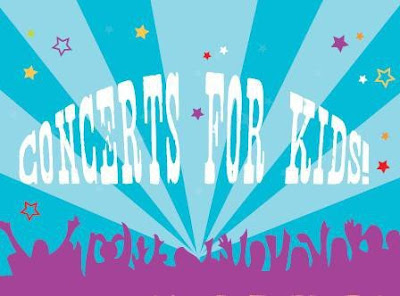 Last call to win a family 4 pack of free tickets from ChiIL Mama and Beat Kitchen!   Enter here through midnight tonight.   Then check back with ChiIL Mama like we vote in Chi, IL...early and often for more free tickets, great give aways, reviews, original footage, band interviews, photo filled features, and heads up about cool happenings in Chi Town.

*Wait for Rafflecopter to load up right here (if you've gone through RSS feed or are scrolling down the blog and don't see it, click on the actual page title and it should pop right up).   Entries are easy.   Winning rocks!  If it just doesn't work for you, enter in the comments section below and I'll make sure you're fairly counted in.
a Rafflecopter giveaway

The Boogers, April 15
Kindie Punk Rock Gods and Goddesses back to back weekends

The Boogers are back!!! Hooray!!!   And Beat Kitchen quoted our review and linked to a zillion Boogers pixs and live concert videos we've shot over the years.


ChiIL Mama reviewed their "Let's Go" CD and said "The Boogers one of our favs at ChiIL Mama. These guys are 80's punk rockers from back in the day, who played a string of dive bars for the 21+ crowd until they became parents themselves. Then they turned their creativity and energy toward playing gigs that didn't require paying a $10 an hour sitter, for 6 hours, to go play an $8 punk show. Like my husband said about parenting, in one of my all time favorite quotes, "I never really knew what anarchy was, until the kids jumped on my head!" The Boogers are taking their newly won punk AND parent cred to the streets and declaring PLAY (reasonably) LOUD."
Check out the rest of chiILmama's review. Scroll down for inks to video clips and interviews from past shows.

The Candy Band, April 22
Children's Music with an Edge
The Candy Band is so big time, they have their own Wikipedia page and a whole lot of national attention. "The Candy Band is a punk rock band designed specifically to appeal to children. (You knew that part.) It is composed of four Detroit area moms who were tired of what they deemed wimpy music for kids. They took a stand, and in 2003 formed The Candy Band, playing punk covers of nursery rhymes, movie themes and other children's favorites, along with original tunes.

With influences like the Ramones and Iggy Pop, they quickly attracted attention from the Wall Street Journal, New York Post, The Times, Blender Magazine, XM Radio, Woman's Day, USA Today, People Magazine, the CBS Early Show, and the NBC Today Show. Their first album, Candy Band, was released in 2003. It was followed by More Candy in 2004, Lollipunk in 2005, Calling All Kids in 2007 and High Five in 2010."

ChiIL Mama got some great video coverage from the Candy Band's last Beat Kitchen show plus an interview. Don't miss your chance to see the Candy Band Sunday, April 22nd at noon!

Save the Dates...
Check out our hot and happening Concerts for Kids! lineup
Beat Kitchen, 2100 W. Belmont
shows at noon on Sunday
$6/person

**As always, ChiIL Mama has 4 free tickets for one lucky family to every Beat Kitchen Kids Show.   New winners weekly, announced every Friday.   Enter through midnight every Thursday for your chance to win!

Beat Kitchen says, special thanks to our sponsors:

ChiIL Mama says back at cha for keeping Chi-Town's kindie music scene happenin' EVERY Sunday winter, spring and fall, and for keeping it affordable for families to rock together!

Posted by Bonnie Kenaz-Mara at 4:02 PM