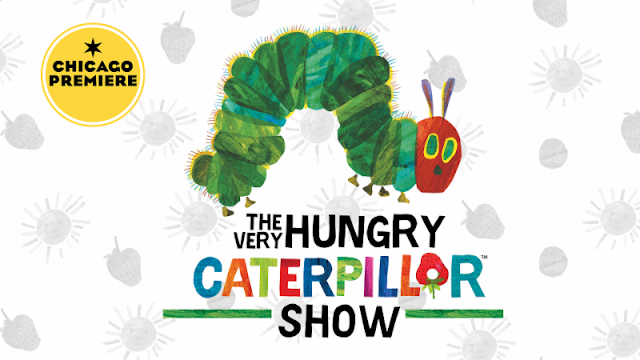 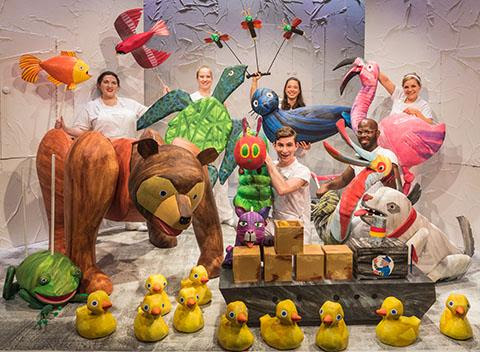 Chicago Children’s Theatre’s launches its 14th season with the Chicago premiere of The Very Hungry Caterpillar Show, a bright new version of Eric Carle’s timeless children’s book about an insatiable caterpillar that munches its way to become a full-fledged butterfly. 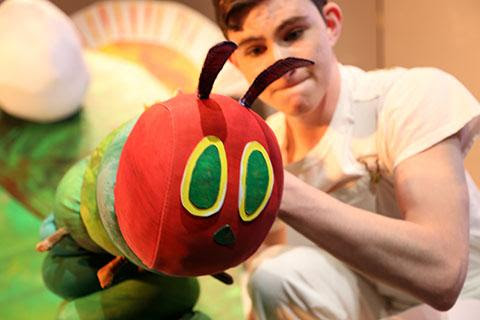 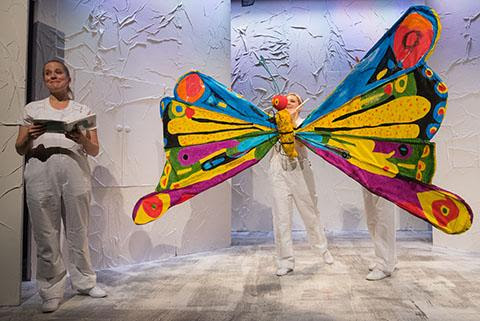 Come fall, on this, the 50th Anniversary of “The Very Hungry Caterpillar,” Rockefeller’s bold, imaginative staging of four beloved Eric Carle tales will play Chicago’s largest theater devoted to children and families as part of the show’s debut U.S. tour. 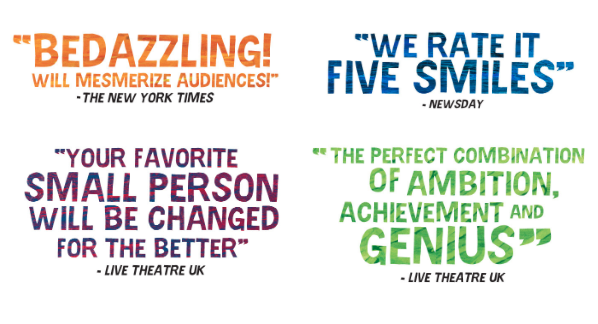 Single tickets are $27-$39 including fees. Or, save money by including
The Very Hungry Caterpillar Show in a three-play subscription package. 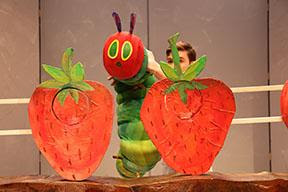 ﻿“The Very Hungry Caterpillar”: Colors, numbers, healthy eating and days of the week

Since it was first published in 1969, “The Very Hungry Caterpillar” has nibbled its way into the hearts of literally millions of children all over the world. Fifty years later, Carle’s colorful story about metamorphosis has been translated into 62 languages, sold more than 50 million copies worldwide, and remains a staple of baby showers, bed stands and classroom bookshelves. Carle’s brilliantly illustrated, hand-painted tissue collages and distinctively simple stories, now found in his more than 70 picture books, have introduced countless children to a bigger, brighter world – and to their first reading experiences.

That’s why kids and parents will gobble up CCT’s Chicago premiere of The Very Hungry Caterpillar Show, a bright, bold new spectacle production created by Jonathan Rockefeller and directed by Jerrell L. Henderson.

A delightful menagerie of 75 larger-than-life puppets bring four Eric Carle favorites from the page to the stage: “Brown Bear, Brown Bear, What Do You See?,” “10 Little Rubber Ducks,” “The Very Lonely Firefly” and the star of the show, “The Very Hungry Caterpillar.” 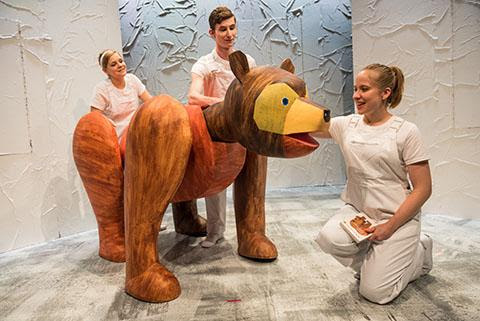 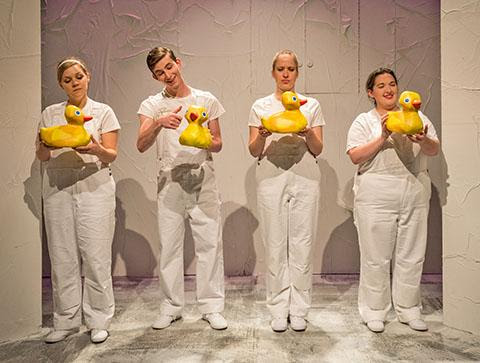 After enjoying faithful recreations of Carle’s most memorable tales during this magical, 60-minute show, children get to meet the puppets and take pictures with the cast.

Eric Carle himself said, “I hope the performances will be enjoyed by many and that the colorful characters will bring comfort and joy to all who see the stories that have been so carefully produced. It is uplifting to see such beautiful and cheerful works inspired by my characters! I hope my books - and this show - will inspire you and your imagination.” 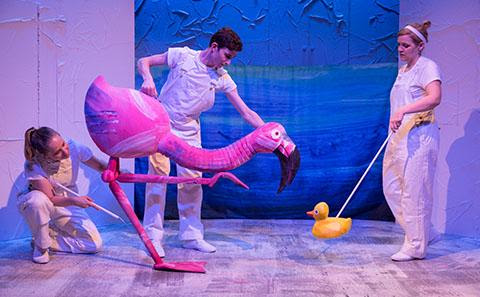 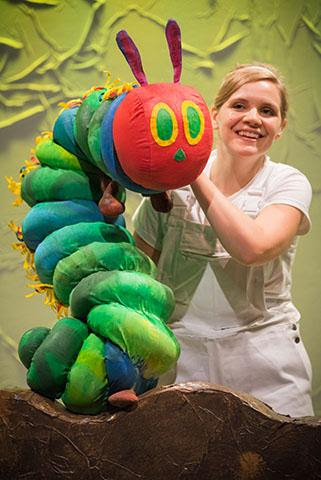 Chicago Children’s Theatre strives to make the arts accessible to people of all abilities, dispelling myths about individuals with special needs and their ability to fully participate in and enjoy the arts.

Access Weekend for The Very Hungry Caterpillar is October 19 and 20. Services include:

American Sign Language (ASL) and live open captioning for guests who are deaf or hard of hearing:
Saturday, October 19 at 10:30 a.m.

Pre-show Touch Tour of the set prior to the show for guests who are blind or have low vision:
Saturday, October 19 at 1 p.m., before the 2 p.m. show

Sensory friendly performances for children on the autism spectrum or with Down Syndrome:
Sunday, October 20 at 10:30 a.m. and 2 p.m.
Modifications are made to lighting, sound and music to avoid sensory overload, with a nearby Quiet Room.

Fourteen years later, CCT is Chicago’s largest professional theater company devoted exclusively to children and young families. It has established a national reputation for the production of first-rate children’s theater, with professional writing, performing, and directorial talent and high-quality design and production expertise.

Chicago Children’s Theatre remains dedicated to creating awe-inspiring theatrical productions and programs through inclusion and accessibility, and inspiring young people and families to lead lives of adventure, courage and curiosity. Since its founding, Chicago Children’s Theatre has produced 20 world premieres including The Selfish Giant, The Hundred Dresses, Jackie and Me, The Houdini Box, Mr. Chickee’s Funny Money, Leo Lionni’s Frederick, Wonderland, Alice’s Rock & Roll Adventure, Jabari Dreams of Freedom, The Year I Didn’t Go To School: A Homemade Circus, Manual Cinema’s Magic City, My Wonderful Birthday Suit!, Last Stop on Market Street, X Marks the Spot, The World Inside Me (with New York’s Spellbound Theatre) and The Watsons Go To Birmingham - 1963. These productions enjoyed successful inaugural runs in Chicago, many followed by productions at theaters across the U.S.

In addition to leading the company’s new play development, mainstage and education programs, Jacqueline Russell is the creator of Chicago Children’s Theatre’s Red Kite Project, a multi-sensory interactive theatre program tailored specifically to children with special needs. Last season, Russell created and directed X Marks the Spot, a multi-sensory experience inspired by her work with children with visual impairments, which will tour Chicago area schools this fall. In 2010, she was appointed by the U.S. State Department to serve as Cultural Envoy to Canada, was awarded the 2013 “Hero of the Year Award” from the Chicago chapter of Autism Speaks, and was honored as one of 20 Chicago women who have shaped arts and culture featured on Kerry James Marshall's mural “Rushmore” on the west façade of the Chicago Culture Center.