SEASON ANNOUNCED: Marriott Theatre's 45 Season To Feature Favorites From Grease To The Sound of Music

GREASE – Previews January 15, 2020
Directed by Scott Weinstein
Choreographed by Kenny Ingram
It’s the energetic and electric musical comedy tribute to the age of rock-n-roll. Join in the fun of the hilarious antics of Rydell High’s class of ‘59 and rock to songs like “Summer Lovin’,” “Beauty School Dropout” and “Greased Lightning.” Come back with us to a time when having a malted made everything so much better.

KISS ME, KATE – Previews March 25, 2020
Directed by Johanna McKenzie Miller
Choreographed by Alex Sanchez
Passions run high as leading lady Lilli Vanessi and her ex-husband, actor/director Fred Graham, battle onstage and off in a production of Shakespeare’s Taming of the Shrew. With romance, comedy, sophistication, and behind-the-scenes hijinks, KISS ME, KATE combines the irreverent humor of two brilliant writers: Cole Porter and William Shakespeare. Musical numbers include “Another Op’nin, Another Show,” “So In Love,” “Wunderbar,” “Too Darn Hot,” and “Brush Up Your Shakespeare.”

THE WORLD GOES ‘ROUND – Previews May 27, 2020
Directed and Choreographed by Marcia Milgrom Dodge
Cabaret! Chicago! Kiss of the Spider Woman! New York, New York! Zorba! Funny Lady! THE WORLD GOES ‘ROUND is a stunning celebration of the songbook from the multi-Tony award-winning team of John Kander and Fred Ebb. An all-star cast find themselves careening through the world of love, babies and coffee. The nonstop hit-parade features unforgettable gems, including “Mr. Cellophane,” “Maybe This Time,” “Cabaret” and “New York, New York,” seamlessly interwoven into a passionate, harmonious, up-tempo evening of musical theatre.

WEST SIDE STORY – Previews August 12, 2020
Choreographed by Alex Sanchez
Shakespeare’s Romeo and Juliet is transported to modern-day New York City as two young, idealistic lovers find themselves caught between warring street gangs, the Jets and the Sharks, in this landmark Broadway musical. Their struggle to survive in a world of hate, violence and prejudice is one of the most innovative, heart-wrenching and relevant musical dramas of today’s time. From the first notes to the final breath, WEST SIDE STORY is as powerful, poignant and timely as ever.

THE SOUND OF MUSIC – Previews October 28, 2020
Directed by Nick Bowling
The final collaboration between Rodgers & Hammerstein was destined to become the world’s most beloved musical.  This Holiday Season join the family Von Trapp in the true-life telling of one of history’s most thrilling and inspirational stories. Featuring the Tony, Grammy and Academy Award-winning Best Score, including “My Favorite Things,” “Do-Re-Mi,” “Climb Ev’ry Mountain,” “Edelweiss” and the title song.

Additionally, Marriott Theatre for Young Audiences presents:
THE PRINCESS & THE PEA (February 7-April 19)
ELEPHANT & PIGGIE’S “WE ARE IN A PLAY!” (June 12-July 26)
THE WIZARD OF OZ (November 11-December 27) 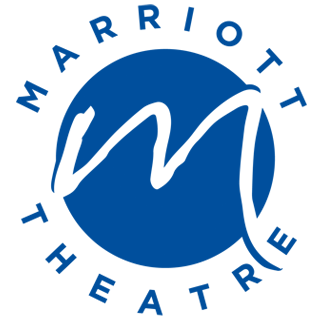 Posted by Bonnie Kenaz-Mara at 4:58 PM