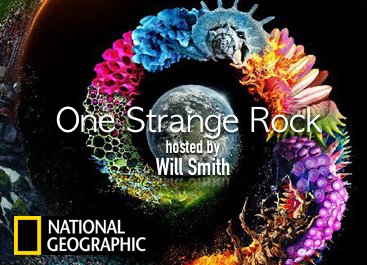 New episodes of One Strange Rock air every Monday at 9pm CT on The National Geographic Channel.  You can also catch up on demand.


Guest Post by Lori Morrison-Contreras
We were invited to Chicago's Adler Planetarium to see the first episode of National Geographic's ONE STRANGE ROCK, and get a sneak peek inside the traveling four minute immersive space helmet, for a feature for ChiIL Mama. I'm a homeschooling mom of 3 curious kids ages 6, 8 and 10 so this was a great fit for my family. 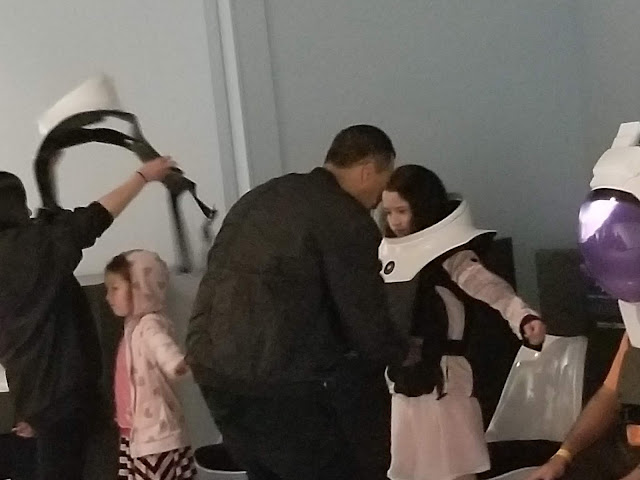 All photos by Lori Morrison-Contreras, shot at Adler Planetarium in Chicago 4/27/18 unless noted 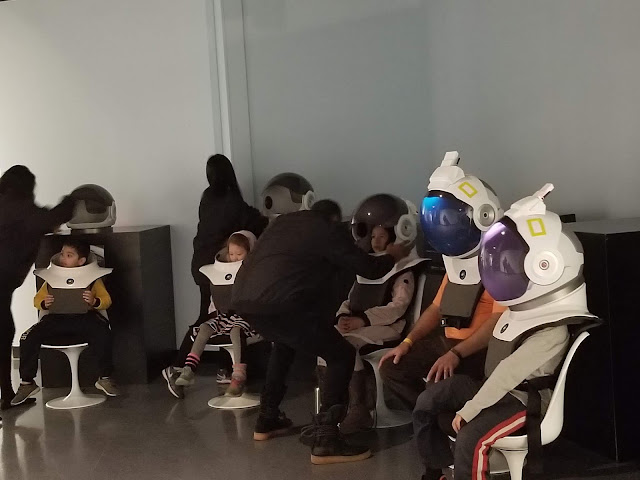 The episode we saw was visually stunning and informative. I definitely look forward to watching the series. It was a little hard to understand for my youngest (who just turned six). She was genuinely interested though and asked a lot of questions. 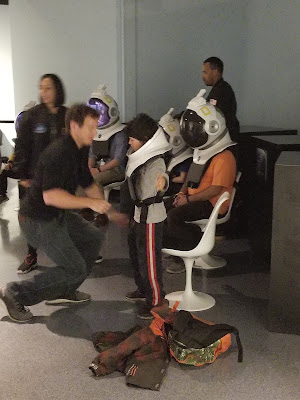 The space helmets were amazing and a great follow up to the first episode. My six year old found it a little scary having the images be so up close. I had difficulty with it as I am claustrophobic. I am glad I did it but probably wouldn't again. My eight and ten year olds greatly enjoyed it and were fascinated by being able to have such a close up look at space and the things they had just learned. 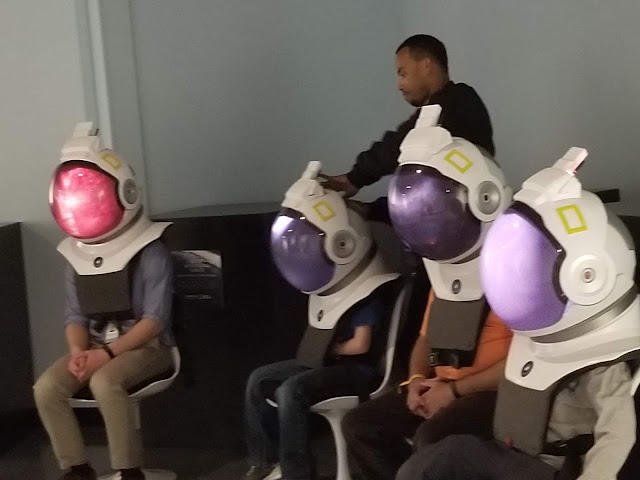 Hosted by Will Smith, One Strange Rock is a mind-bending, full-sensory journey that explores the fragility and wonder of our planet. It’s the extraordinary story of why life as we know it exists on Earth, brought into perspective by the only people to have left it behind: astronauts. This 10-part series, which was filmed across 45 countries, on six continents and from outer space, reveals the twists of fate that have allowed life to emerge, survive and thrive on Earth. 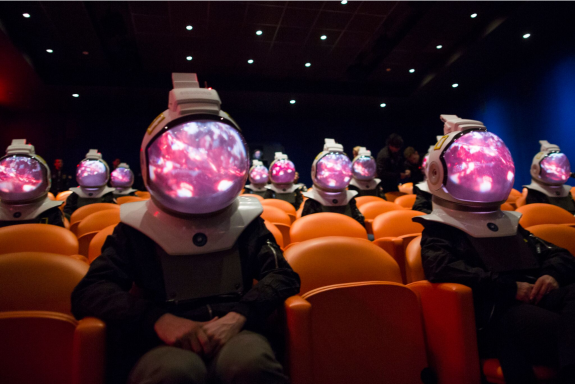 On Friday, April 27, 2018 lovers of outer space were invited to experience the One Strange Rock: Space Projection Helmet, an immersive technology that made a stop at Chicago’s Adler Planetarium for one day only. Through the One Strange Rock: Space Projection Helmets, users instantly blast off into outer space and float through the cosmos as they see the universe through the eyes of an astronaut.

Additionally, guests were treated to a screening of the first episode of One Strange Rock at the Johnson Star Theater. The One Strange Rock helmet experience was held in the The Room of Requirement located on the 2nd level of the Planetarium.

One Strange Rock, the latest from executive producers Darren Aronofsky, Jane Root and Arif Nurmohamed, tells the extraordinary story of Earth, told from the only people who have ever left it: astronauts. Inspired by the innovative storytelling in One Strange Rock, National Geographic created the Space Projection Helmet to bring this unique astronaut vantage-point even closer to those on Earth. The limited-edition gear will go on tour to schools and planetariums in select cities this Spring- including the stop in Chicago.


One Strange Rock premiered on Monday, April 16 at 9pm CT on The National Geographic Channel.

Housed in a replica space helmet, the projection technology creates an immersive viewing experience through a unique combination of laser projection, custom fish-eye optics and in-built audio. Unlike in-market VR headsets, the helmet offers an exceptionally wide field of view and is designed so the user can freely move their head inside of the dome to look around the entire field of vision, just as an astronaut would within their helmet in space.

“One Strange Rock is an unprecedented television experience; we were inspired by the innovative storytelling, mesmerizing footage and the unique accounts of astronauts to create a specialized viewing mechanism that would elevate and emulate their first-hand experience,” says Jill Cress, chief marketing and brand officer, National Geographic Partners. “The OSR Space Projection Helmet furthers National Geographic’s commitment to make science fun, entertaining, and accessible to new audiences.”

Furthering knowledge and understanding of our world has been the core purpose of National Geographic for 129 years, and now we are committed to going deeper, pushing boundaries, going further for our consumers … and reaching millions of people around the world in 172 countries and 43 languages every month as we do it. NGP returns 27 percent of our proceeds to the nonprofit National Geographic Society to fund work in the areas of science, exploration, conservation and education.