WIN 4 Tickets To Ringling Bros. and Barnum & Bailey® Out Of This WorldTM

Ringling Bros. Out Of This WorldTM
to Open Month-Long Chicago Engagement,
Nov. 4th 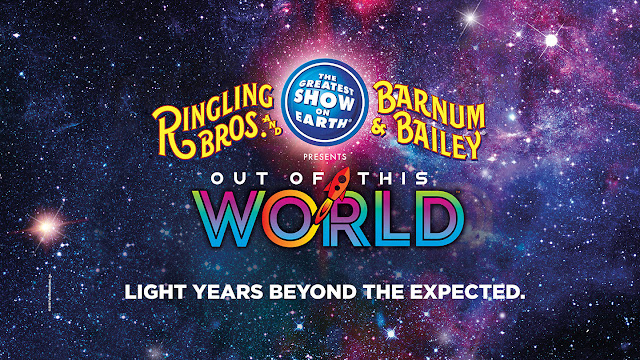 Here at ChiIL Mama we're huge fans of circus arts and eagerly anticipate seeing Ringling Bros. and Barnum & Bailey® every year when they play Chicago. My own kids have both studied circus arts for 4+ years, trying Lyra, Spanish Web, Trampoline, Juggling, Clowning, Acro, Silks, Chinese Pole and more. They love to see the pros in action.

We're elated once again to be partnering with FELD to bring our readers a great ticket giveaway. I'll also be out to review and shoot a photo feature on opening night this Friday with my kids and their friends. The elephants have all been retired and the special effects and insane human skills have been amped up. We're particularly excited to see this new genre of circus with floor, air and ICE! Check back soon for our full recap.

Ringling Bros. and Barnum & Bailey® is bringing its newest circus, Out Of This WorldTM, to Chicago, promising fans an experience unlike anything ever seen in Ringling Bros.® history. Set to open at the Allstate Arena in Rosemont, IL, with performances Nov. 4 - 13, before moving downtown to Chicago’s United Center, Nov. 17 - 27, Out Of This World is being heralded as a brand new genre of circus that reimagines the circus experience. The show captivates audiences with its first-ever character-driven storyline, industry-defining production elements, and the addition of mixed-medium performance surfaces that seamlessly transition a nonstop display of artistic athleticism from floor, to air, to ice. 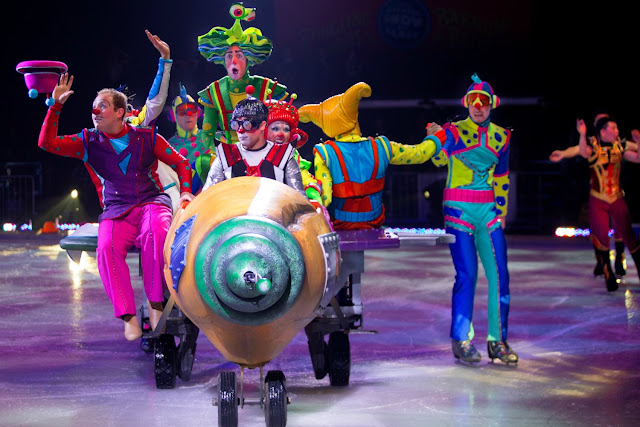 ENTER HERE for your chance to WIN 4 tickets to opening night at Allstate Arena 11/4/16.

“With Out Of This World, we are redefining Ringling Bros. and modernizing live family entertainment,” said Alana Feld, Executive Vice President of Feld Entertainment and Producer of Out Of This World. “The immersive atmosphere created by lighting technology and video projection, combined with a thrilling storyline that will have families cheering for the heroes and booing the villains, will allow fans to connect with the show and our performers like never before.”

The technology in Out Of This World provides a multisensory experience, and video screen production enhancements deepen the connection between the audience, the performances and the performers’ journey through space. Projection technology transports fans to far-off planets throughout the galaxy and transforms the arena into a swirling space-scape.

From the moment the show begins, audiences are transported to outer space as the Simet Wheel performers embark on a gravity-defying spacewalk. Making its U.S. debut, the Simet Wheel requires incredible balance and artistry, which performers demonstrate as astronauts exploring the galaxy. The only performance of its kind in the world, the Simet Wheel combines the skill of tightrope walking with the added challenge of a rotating wheel.

The adventure continues to unfold as Ringmaster Johnathan Lee Iverson and Starseeker Paulo dos Santos invite audiences to join their intergalactic journey. Guests follow the duo as they travel to planets of sand, water, fire and ice, battling evil Queen Tatiana on a mission to rescue the greatest and most talented circus stars.

The free, all-new Ringling Bros. mobile app helps keep families connected before, during and after the show. The app allows fans to customize and share memories on social media, as well as unlock exclusive content during Starseeker’s Early Access™, which starts one hour prior to the show. Free to ticketholders, Starseeker’s Early Access provides guests with a peek backstage to see how Out Of This World prepares to launch and meet performers as they interact in the seats, on the concourse and from the arena floor. 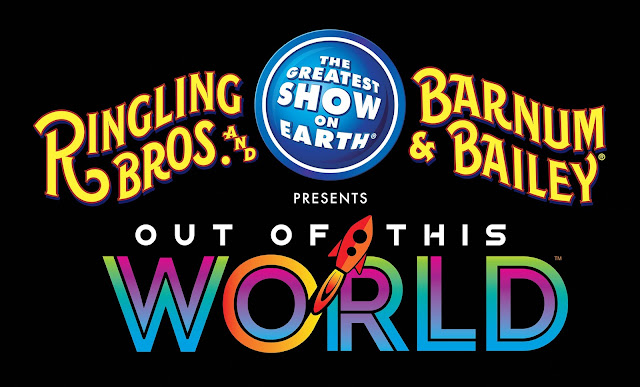