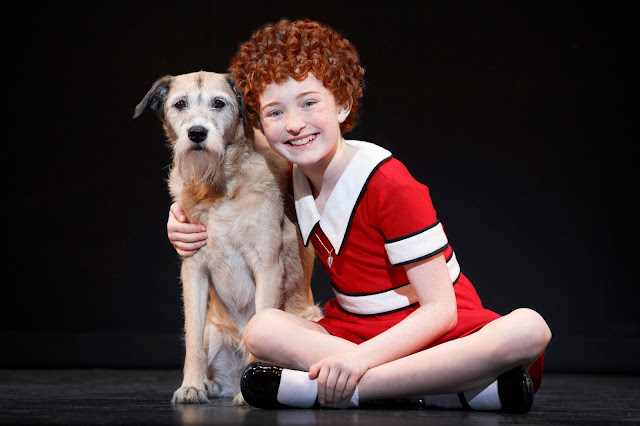 Now in its third smash year, ANNIE returns to the Cadillac Palace Theatre (151 W. Randolph) for a limited one-week engagement, November 9-13, 2016. Directed by original lyricist and director Martin Charnin for the 19th time, this production of ANNIE is a brand new physical incarnation of the iconic Tony Award®-winning original. 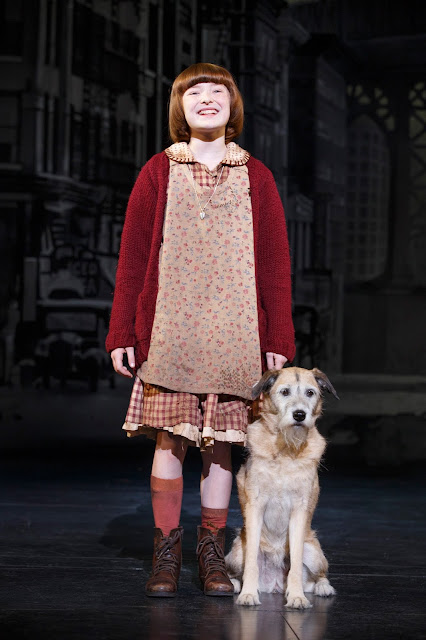 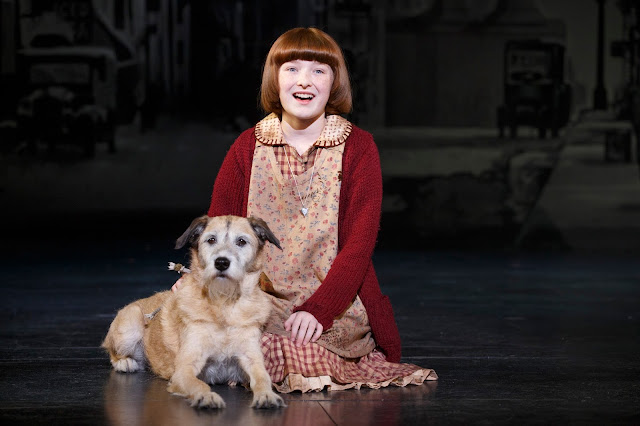 ANNIE has a book by Thomas Meehan, music by Charles Strouse and lyrics by Martin Charnin. All three authors received 1977 Tony Awards® for their work.   Choreography is by Liza Gennaro, who has incorporated selections from her father Peter Gennaro’s 1977 Tony Award®-winning choreography. 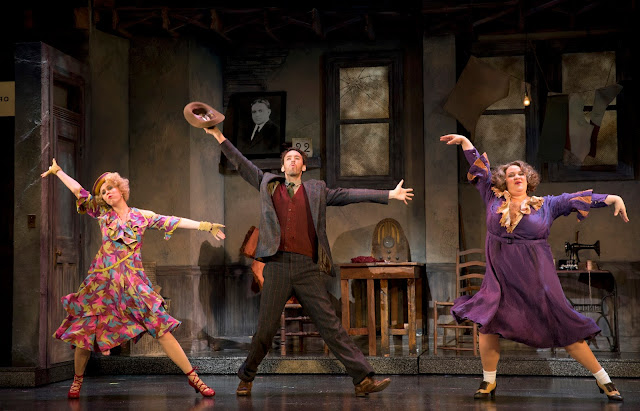 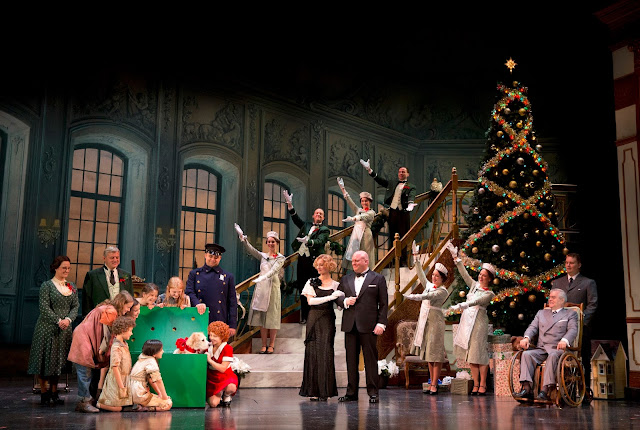 The original production of ANNIE opened April 21, 1977 at the Alvin Theatre and went on to win the New York Drama Critics Circle Award for Best Musical, seven Drama Desk Awards including Best Musical, the Grammy for Best Cast Show Album and seven Tony Awards®, including Best Musical, Best Book (Thomas Meehan) and Best Score (Charles Strouse, Martin Charnin).  The show remains one of the biggest Broadway musical hits ever.  It ran for 2,377 performances after it first opened, and has been performed in 28 languages and has been running somewhere around the world for 39 years.

The beloved score for ANNIE includes “Maybe,” “It’s the Hard Knock Life,” “You’re Never Fully Dressed Without a Smile,” “Easy Street,” “I Don’t Need Anything But You” and the eternal anthem of optimism, “Tomorrow.” 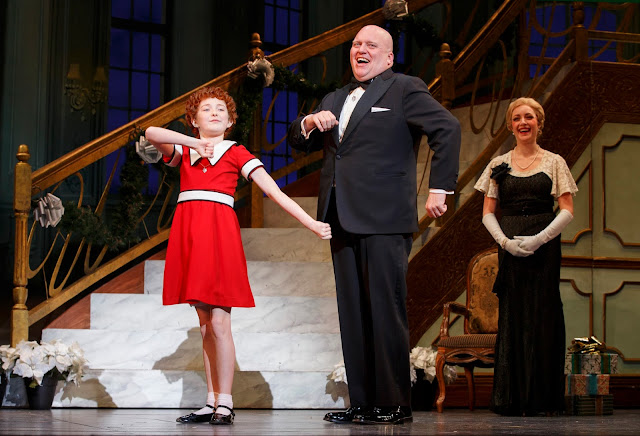 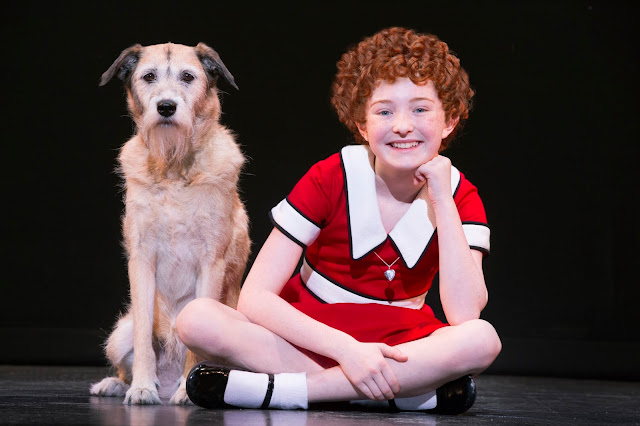 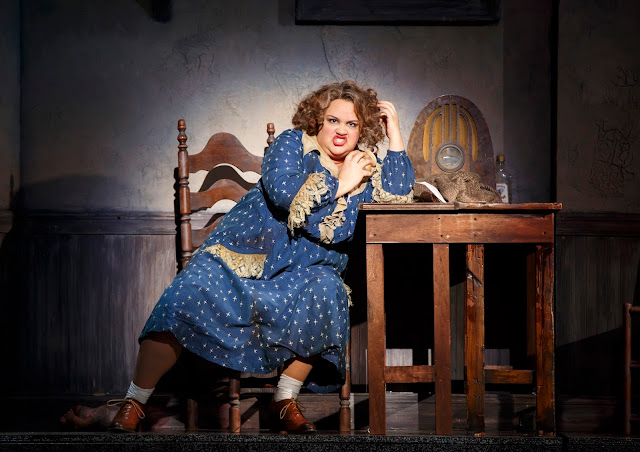 BIOS
MARTIN CHARNIN (Director, Lyrics) is celebrating his 58th year in the entertainment industry, which began in 1957 when he created the role of Big Deal (one of Jerome Robbins' authentic juvenile delinquents) in the original company of West Side Story. He played the role for exactly 1,000 performances. Since then, he has been involved in over 145 theatrical, television, film, and night club productions as a director, producer, composer, or lyricist. He is one of the dozen people who have won Emmys, Tonys and Grammys, and the Peabody Award for Broadcasting. Annie, which came to Broadway in 1977, originally ran for 2,377 performances, and has been revived there three times. He has directed Annie 19 times (after directing the original production in New York), in London, Montreal, Amsterdam, and Melbourne as well as Annie's 14 national U.S. companies.  He has collaborated with Charles Strouse, Vernon Duke, Marvin Hamlisch, Mary Rodgers, and twice with Richard Rodgers on I Remember Mama and Two by Two. He has written for, or directed, Fred Astaire, Ethel Merman, Jack Lemmon, Ann-Margaret, Jack Benny, Anne Bancroft, Betty Hutton, Sutton Foster, Sarah Jessica Parker, Catherine Zeta-Jones, Bebe Neuwirth, Barbra Streisand, Johnny Mathis, Larry Kert, Chita Rivera, Jane Lynch, Tony Bennett, Jason Alexander, and Jay-Z, among countless others, and for his wife, Shelly Burch (who originated a leading role in the original company of Nine), and who opened her new one-woman-show at the famed Broadway Bistro, 54 Below, in 2014. He currently has 4 new musicals (Wallenberg, Love is Love, Robin Hood, Something Funny’s Going On) that are “circling over Kennedy” getting ready for production in 2016 and 2017, in New York, including a revival of Annie Warbucks, which opened Off-Broadway in New York in 1993 and will move to Broadway in 2016.  Last year, “Tomorrow” from Annie became one of the 100 most performed musical numbers in the last century.

THOMAS MEEHAN (Book) is a three-time Tony Award-winning book writer for the Broadways musicals Annie, The Producers and Hairspray. In addition, he has written the books of a dozen or so other Broadway musicals, including Richard Rodgers’ I Remember Mama, Cry-Baby, Mel Brooks’ Young Frankenstein, Elf, Chaplin and most recently Rocky (with Sylvester Stallone). A long-time contributor of humor pieces to The New Yorker magazine and an Emmy Award-winning TV comedy writer, he has also written a number of screenplays, most notably for To Be or Not to Be and Spaceballs. He is a member of the Council of the Dramatists Guild.

CHARLES STROUSE (Music) A graduate of New York’s P.S. 87, Townsend Harris H.S., and the Eastman School of Music, Charles has studied composition with Aaron Copland, Arthur Berger, and David Diamond in the US and Nadia Boulanger in Paris. Charles has composed copious chamber music, two piano concertos, a string quartet and two operas. After which, being broke like most composers, he was a rehearsal pianist and dance arranger for many shows, played in bar rooms, ballet classes, at weddings and strip joints (a particular boon for one who was to write the music for the film The Night They Raided Minsky’s). One morning in 1960 he awoke to find he had written (with Lee Adams and Mike Stewart) Bye Bye Birdie (Tony Award), which is still among the most performed musicals in America, followed by Golden Boy with Sammy Davis, Jr. (Tony Nomination). Then came, Applause (Tony Award), It’s a Bird, It’s a Plane, It’s Superman, Rags (Tony Nomination) and Annie (Tony Award).  In-between, there have been scores for movies including Bonnie and Clyde and All Dogs Go to Heaven. Throughout his career, Charles has received the Richard Rodgers, Oscar Hammerstein, Frederick Lowe and the Leonard Bernstein Awards for musical achievement.  He is married to director/choreographer Barbara Siman and is the father of Benjamin (attorney, author, composer), Nicholas (psychotherapist), Victoria (screen writer) and William (also a screen writer.)

LIZA GENNARO (Choreographer) choreographed the critically acclaimed Broadway revival of The Most Happy Fella directed by Gerald Gutierrez, and the Broadway revival of Once Upon a Mattress starring Sarah Jessica Parker. She has choreographed Off-Broadway and in regional theaters across America including: Roundabout Theatre, Actor’s Theatre Of Louisville, The Old Globe, Hartford Stage, Guthrie Theater, The Goodspeed Opera House, Pittsburgh Civic Light Opera, Paper Mill Playhouse and The St. Louis “Muny” Opera. She collaborated with Stephen Flaherty and Frank Galati on their chamber musical Loving, Repeating: A Musical of Gertrude Stein for the About Face Theater in Chicago. Last year she choreographed Elf: The Musical  at Pioneer Theatre, the 20th Anniversary Concert of Titanic: The Musical  at Avery Fisher Hall, and she created a dance-pantomime of A Charlie Brown Christmas  for the New York Pops Christmas Concert at Carnegie Hall. She is a member of the Tony Award Nominating Committee and on the Executive Board of the Stage Director and Choreographers Society. Liza has taught at Barnard College, Princeton University, Yale University and is currently on faculty at Indiana University. Her essay, “Evolution of Dance in the Golden Era of the American 'Book Musical'” appears in The Oxford Handbook of the American Musical. 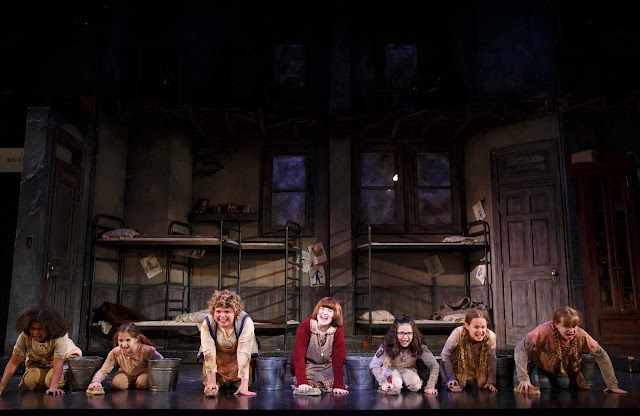