Tina Fey & Amy Poehler are two of my favorite funny females. I would constantly be on the floor laughing if either one of them was my sister, let alone BOTH! Luckily everyone can share their hilarity and bring home the movie, Sisters. Starting tomorrow it can be yours to watch over and over again, at will, with your biological sisters and your sisters at heart. 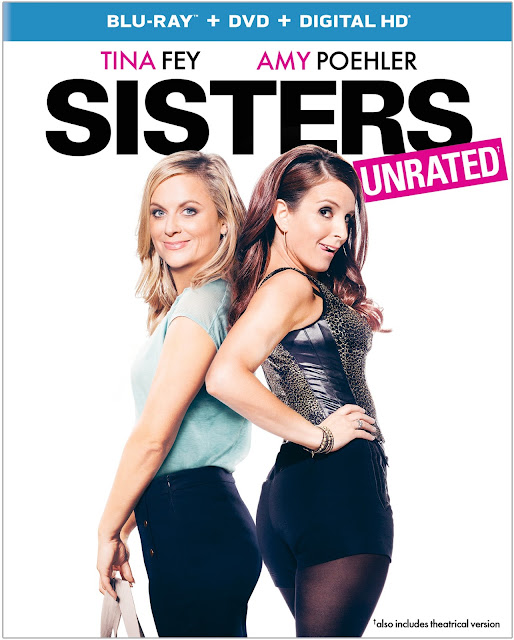 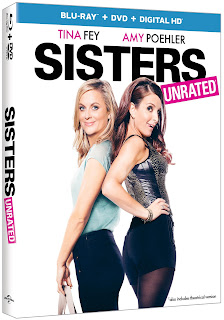 ENTER HERE ENTER HERE for your chance to WIN (1) Blu-ray Combo Pack of the film, Sisters (which includes the Blu-ray, DVD and DIgital HD). Giveaway open to US residents only. Enter through midnight 3/20. Winner will be randomly chosen from all qualified entries and contacted by e-mail as well as announced here on 3/21. 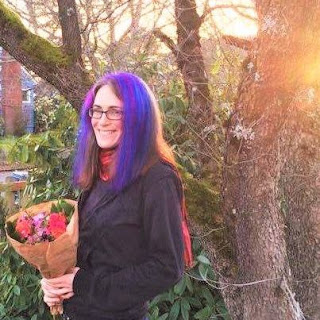 I do have a biological little sister, who's great fun to hang out with. And some of my favorite, lifelong friends that I consider sisters, are women I met through performing in live theatre or TV productions. They can make me laugh harder than anyone I know, then blow me away with insight and support just when I need it the most. Two of these "sisters" even made me laugh during both of my marathon length natural childbirths, and that takes some supreme talent! Tina Fey and Amy Poehler also have a lot of history of acting together and bringing the laughs. Here's the back story on these screen sisters.

The Dynamic Duo:
Tina and Amy’s Most Iconic Collaborations

Tina Fey and Amy Poehler may not be blood born sisters but they do have an unbreakable bond, as seen in their newest film Sisters! In honor of the film’s release on Blu-ray and DVD March 15th we celebrate the queen bees of comedy by re envisioning their most iconic collaborations on the big and small screen! 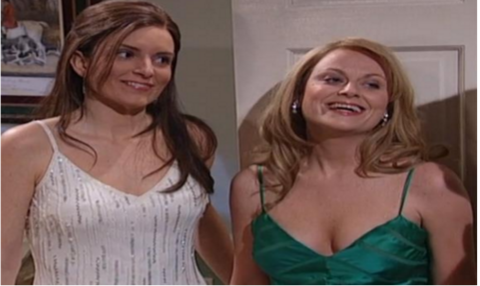 Saturday Night Live saw the beginning of the duo’s success by entertaining millions of viewers with their hilarious and captivating sketches. An era was born! From being the first two women to the Weekend Update to shedding a comical outlook on Sarah Palin and Hillary Clinton, they have left a great impression making us laugh so hard we craved for more. 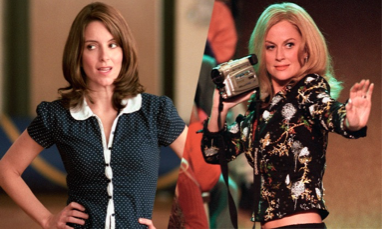 Mean Girls was Fey’s first step in the Hollywood hall of fame as she showed off not only her screenwriting skills but also her teacher skills by playing the role of the “drug pushing” Ms. Norbury. Fey could not leave her BFF out and wrote a role for Poehler as Regina George’s not-regular-but-cool mom. Although the duo did not share any screen time, their ability to make an audience laugh was SO apparent we knew this wouldn’t be the last time we would see them together. 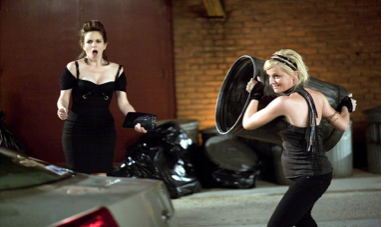 In 2008, the dynamic duo returned to the big screen giving up their minor roles to star in Baby Mama: Fey as Kate “the successful businesswoman” and Poehler as Angie “the trailer trash surrogate.” Playing polar opposites didn’t stop these two in realizing they were more alike than they thought. 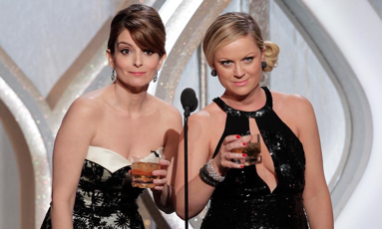 Fey and Poehler wowed us all when hosting the Golden Globes back in 2013. We
enjoyed watching them so much that the Hollywood Foreign Press invited them
back two more times! 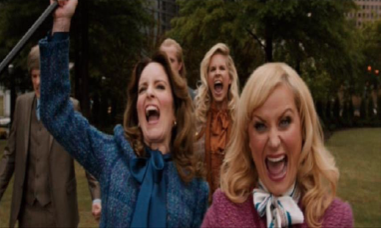 These two couldn’t leave all the fighting to the boys as they made an appearance in one of the most outrageous fight scenes the big screen has seen in Anchorman 2. Arriving to the fight in a fire painted four-wheeler, they played entertainment reporters eager to join the carnage. 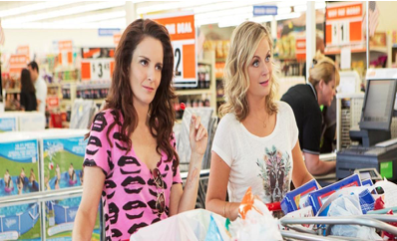 Fey & Poehler reunite in Sisters as finally… SISTERS! These mismatched siblings
turn things up in their childhood home after discovering that their retired parents have sold the house. No better way to say goodbye to the past than throwing one last epic party.

Join the fun by watching Amy and Tina in #SistersMovie! Available on Digital HD 3/1 and Blu-ray & DVD 3/15!