Here at ChiIL Mama we love FELD events. My kids have grown up on Ringling Bros. and Barnum & Bailey, Disney on Ice, and Monster Jam Monster Truck Shows. Now FELD is taking things to the next level with MARVEL Universe LIVE and we have 4 FREE tickets for one of our lucky readers for opening night, Thursday September 10th! We can't wait. 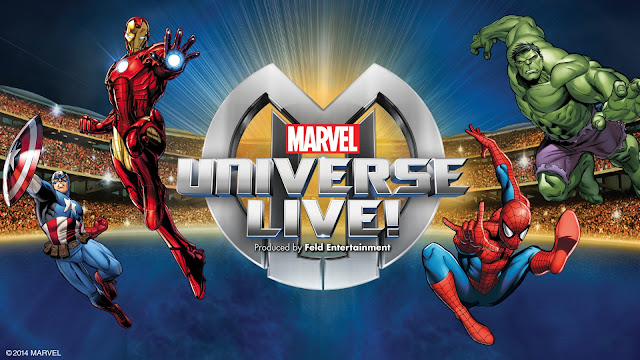 Enter like we vote in Chi, IL... early and often. Entries accepted through midnight this Sunday 9/6/15. Your name will be at the box office for 4 tickets to the opening night show on Thursday, September 10th at the United Center in Chicago.

“This is the most ambitious undertaking in the more than 40 year history of Feld Entertainment. It’s the kind of show you always strive to produce but with so many advances in technology only now can you truly deliver it to fans,” said Feld Entertainment Chairman and CEO and Marvel Universe LIVE! Producer Kenneth Feld. “We know this is going to be game-changing for the live entertainment industry as a whole and are making a tremendous investment to surpass the audience’s expectations at every performance. We are elated to feature Marvel Universe LIVE! as part of our portfolio of memorable live touring productions.”


Marvel Universe LIVE! Facts and Figures
Here at ChiIL Mama, we love to geek out on mind blowing show stats and weird background info that goes into producing a show of this magnitude. Amaze your friends with a few of these nuggets.

Marvel Universe LIVE! is the largest production ever undertaken by Feld Entertainment, combining state-of-the-art special effects with the latest in robotics, stunt and projection technology for a live performance unlike anything fans have ever seen before.

After much anticipation, Feld Entertainment, Inc., the world’s leading producer of touring live family entertainment, announced the most ambitious live show in its history, with Marvel Universe LIVE! Featuring the most Marvel characters ever assembled in one production, this is the largest live arena production licensee partnership in Marvel history. The high-caliber arena spectacular will put fans right in the middle of one of the most electrifying battles between good and evil ever conceived. Produced by Feld Entertainment, this first-ever live Marvel tour made its 85-city debut in July 2014 in Tampa, FL, followed by the world premiere at New York City’s Barclays Center in August 2014. Marvel Universe LIVE! will be flying in to Chicago from Sept. 10 to Sept. 13 at the United Center and Sept. 18 to Sept 20 at Allstate Arena in Rosemont, Ill., for total of 15 performances in Chicagoland. Tickets for Marvel Universe LIVE! are on sale now.

Marvel Universe LIVE! will captivate audiences with an authentic and original story that brings more than 25 Marvel characters together on one heroic quest.  The story is framed around the battle over the Cosmic Cube, the source of ultimate power and one of the most feared and coveted treasures in the Marvel Universe, that has been shattered into pieces by the Mighty Thor in order to prevent it from falling into the wrong hands. With the pieces scattered across the globe, Thor’s villainous brother Loki devises a scheme to clone its powers, inciting a threat that could not only decimate Earth but also obliterate the Universe.

To defeat Loki, Marvel’s biggest Super Heroes must band together, including The Avengers - Iron Man, Captain America, Hulk and Thor along with Spider-Man and Wolverine, must trek across the globe to retrieve the Cosmic Cube fragments and unite them. As the Super Heroes track the Cube, they will encounter some of their biggest adversaries including Green Goblin, Doctor Octopus, Red Skull, Madame Hydra, Aldrich Killian, Electro and more, in the quest for the very same fragments. These foes have no problem teaming up if it gets them closer to their ultimate goal of world domination. 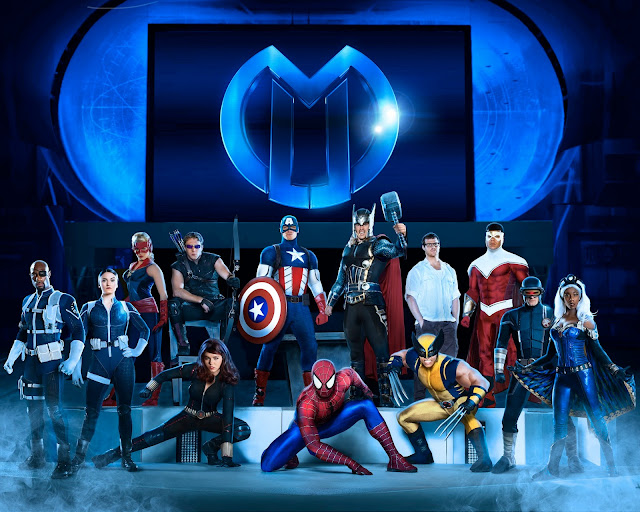 “Marvel Universe LIVE! will be the most remarkable live event that the world has ever seen with an absolutely epic story line and jaw dropping technological advances. Fans will feel like they’ve stepped into a Marvel blockbuster film come to life with nonstop movie style action and stunts,” said Feld Entertainment Executive Vice President and Marvel Universe LIVE! Producer Juliette Feld. “We are working hand in hand with Marvel to give fans a revolutionary live show experience that introduces an original story that is faithful to the Marvel canon and utterly captivating from beginning to end!”

“To see all the elements of this spectacular live show come together has been truly incredible,” said Marvel’s Chief Creative Officer Joe Quesada. “The technology utilized in the show is not only going to blow your mind, it is going to take you to a whole new Marvel world like nothing fans have ever seen before. What Feld Entertainment has done is going to astonish and amaze fans.”

Marvel Universe LIVE! launches new innovations in set design, aerial stunts, pyrotechnics and state-of-the-art show elements that bring movie style special effects to the live entertainment arena.  Audiences will see the awe-inspiring world of Super Heroes come to life before their eyes with a dynamic cast comprised of some of the industry’s most talented stunt performers. Utilizing their talents and aided by a unique combination of never before seen arena mechanics some of Marvel’s mightiest will come to life with profound results. These true-to-comic creations will be supported by innovative lighting design and transformative 3D projection that will take the audience on a journey around the globe with these timeless characters. To support this massive undertaking, Marvel Universe LIVE! will not only utilize the entire arena floor, but also perform within a multilevel aerial space creating a unique experience that puts audiences right in the middle of the action in ways they could only dream about prior.

Don't miss THIS! Enter to win a Family 4 Pack to opening night 9/10 from ChiIL Mama. Enter through this Sunday 9/6 at midnight.

Marvel Entertainment, LLC, a wholly-owned subsidiary of The Walt Disney Company, is one of the world’s most prominent character-based entertainment companies, built on a proven library of more than 8,000 characters featured in a variety of media over seventy years. Marvel utilizes its character franchises in entertainment, licensing and publishing. For more information, visit www.marvel.com.
Posted by Bonnie Kenaz-Mara at 3:27 PM